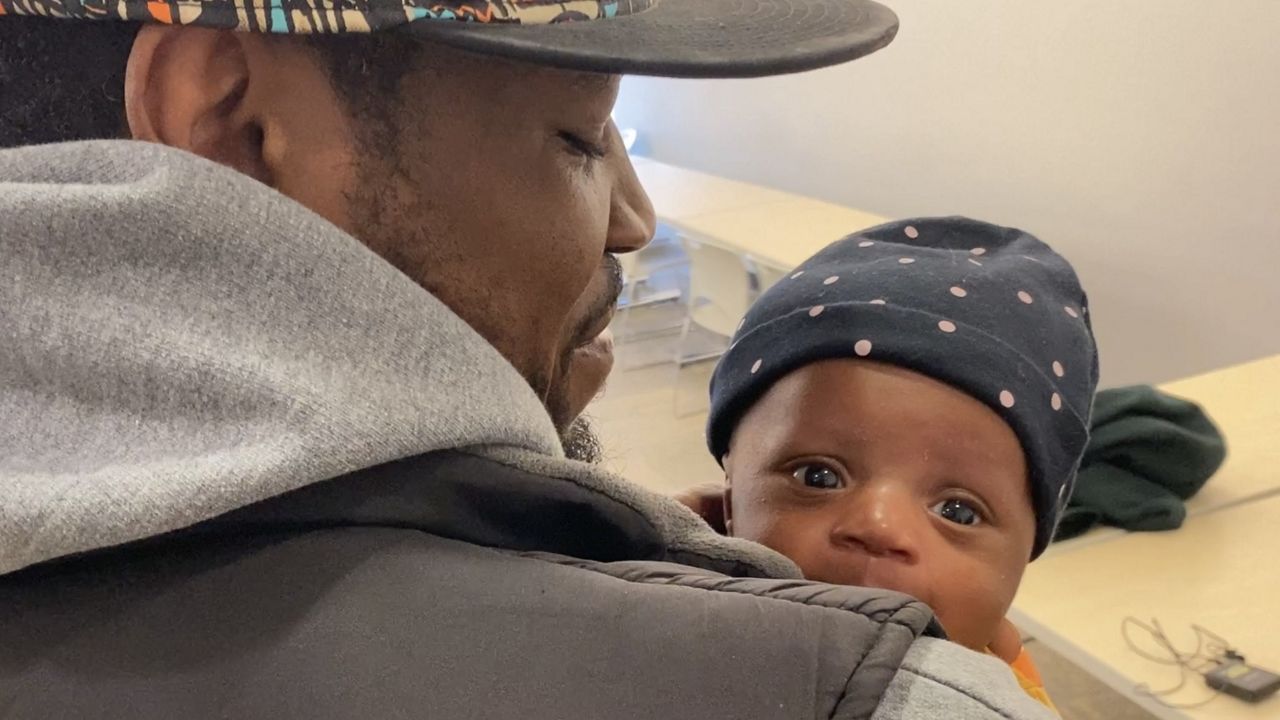 Orange County dispatcher coaches couple through delivery on I-84

On April 9, Derrick Crowder and Andrewa Johnson geared up for the ride of their lives.

Johnson’s water had broken, she was in labor, and the couple was headed from Dingman’s Ferry to Middletown’s Garnett Medical. As much as they tried, baby girl Nova Rose wasn’t waiting to get there to make her entrance into the world.

Crowder, her fiancé, dialed 911, knowing what was about to happen.

She would be coached by Orange County dispatcher Gerard Lewis in delivering the child.

“She’s out, she’s out,” yelled Crowder and Johnson from the front seat of their car, which was pulled over on I-84.

But despite the baby only starting her life, it was already in danger of ending. The tone of their shouts on the other end of the phone line quickly took a turn, as they realized the danger she was in.

“She’s got the umbilical cord around her neck,” a panicked Crowder shouted.

When things inside the vehicle started to get complicated, Lewis leaned on his resources to help guide the couple.

“Derrick, listen to me. Slide your finger under the cord without stretching the cord tight and carefully pull it over the baby’s head,” he said.

At this point, Lewis was still sitting at his computer at the Orange County Emergency Services Center, quickly scrolling through the catalog of emergencies they had on hand, while keeping a calm demeanor.

“Pretty much, I went into here. It has a whole set of, every problem under the sun here, so it can better direct us how to help them,” said Lewis.

After instructing Crowder to gently lift the umbilical cord, he confirmed she was breathing and the ambulance had reached them to get mother and baby to the hospital, they said their goodbyes.

“I appreciate you, I really do,” said Crowder.

The click of the phone call is where most stories like this end, but Crowder was determined to find the man on the other end. After seeing a post on Facebook from Orange County 911 about the exchange, he knew just who to reach out to to properly thank.

“I know when you talk to a dispatcher, when you hang up that phone, that’s it. But I’m glad to meet the man that helped me deliver my child, save my child and save my fiancé,” said Crowder. “I wanted to meet him because he’s a hero. He’s my hero.”

Baby Nova Rose was born at 7 pounds, 13 ounces, and every April 9, Lewis will get a reminder of the difference he made in her life.

“He’ll get birthday pictures all the time,” said Crowder. “I don’t mind sharing my Nova with him, I really don’t. That’s her hero.”