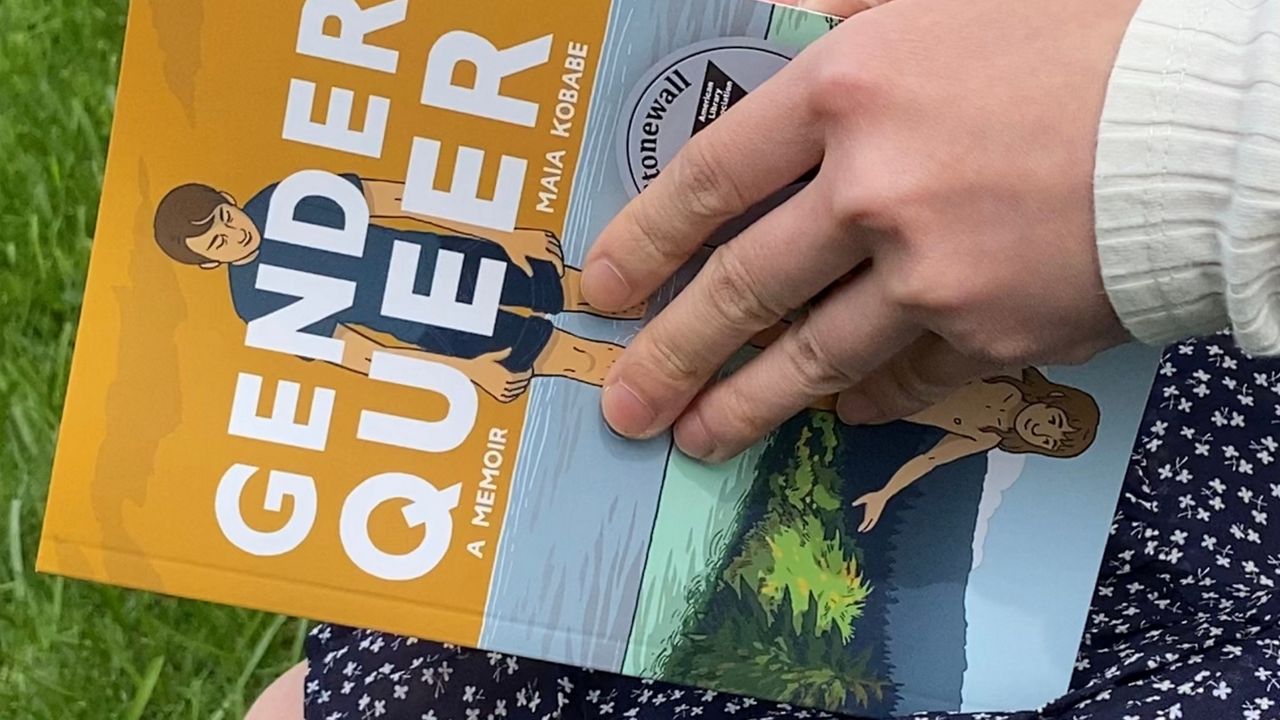 Getting ahold of “Gender Queer: A Memoir” seems like an impossible task for 17-year-old Wappingers School District student Mandy Zhang.

The graphic novel tells author Maia Kobabe’s tale of coming out. It started as a way for Kobabe to explain to eir family what it means to be non-binary and asexual, but e also wrote it to function as a guide to gender identity.

It’s often completely checked out at the Grinnell Public Library.

“It was on hold for a month," Zhang said.

At the Roy C. Ketcham High School, where Zhang is a junior, she discovered it’s been removed from the school library collection.

“It made me really upset, and I wanted to do something about it," she said.

District Superintendent Dr. Dwight Bonk said he made the decision to ban the book, overriding a decision by the instructional review committee when a complaint was lodged about the book.

The committee found it acceptable to keep in schools. Bonk disagreed.

“After reviewing the book and looking at various board policies, it became very, very clear to me that some of the sexual depictions in the book were very inappropriate," Bonk said. He said in his opinion, the images in the book are pornographic.

In response, Zhang organized a petition with over 1,000 signatures to put the book back on the school library shelves.

“Surprisingly and ironically, when you ban books and tell a student that you can’t read something, they wanna read it," she said. "So this is the result.”

Gender Queer is one of the books at the forefront of the debate over banned books in schools. According to the American Library Association, book bans have been on the rise.

Nearby Arlington High School faced a challenge on the book, but voted to keep it in circulation. Superintendent Dr. Dave Moyer said part of the decision came from the district attorney's office deeming the images as not pornographic.

“I just know what the district attorney’s office told me based on the laws in the state of New York," Moyer said. "Everybody has different beliefs and judgement, and everyone comes down on different sides of that.”

Moyer said the decision was made with the difficulties that transgender and nonbinary youth face in mind.

“Realize that 82% of transgender individuals have considered killing themselves. Forty percent have actually attempted suicide," Moyer said. "We want to make sure that we are appropriately meeting the needs of all of our students, and that all of our students feel represented in our schools.”

Zhang said she will continue to petition her high school to bring Gender Queer back.

“When you censor these books and stop people from reading it, it just makes them feel not even humanized and not valid. And it silences these people," she said.