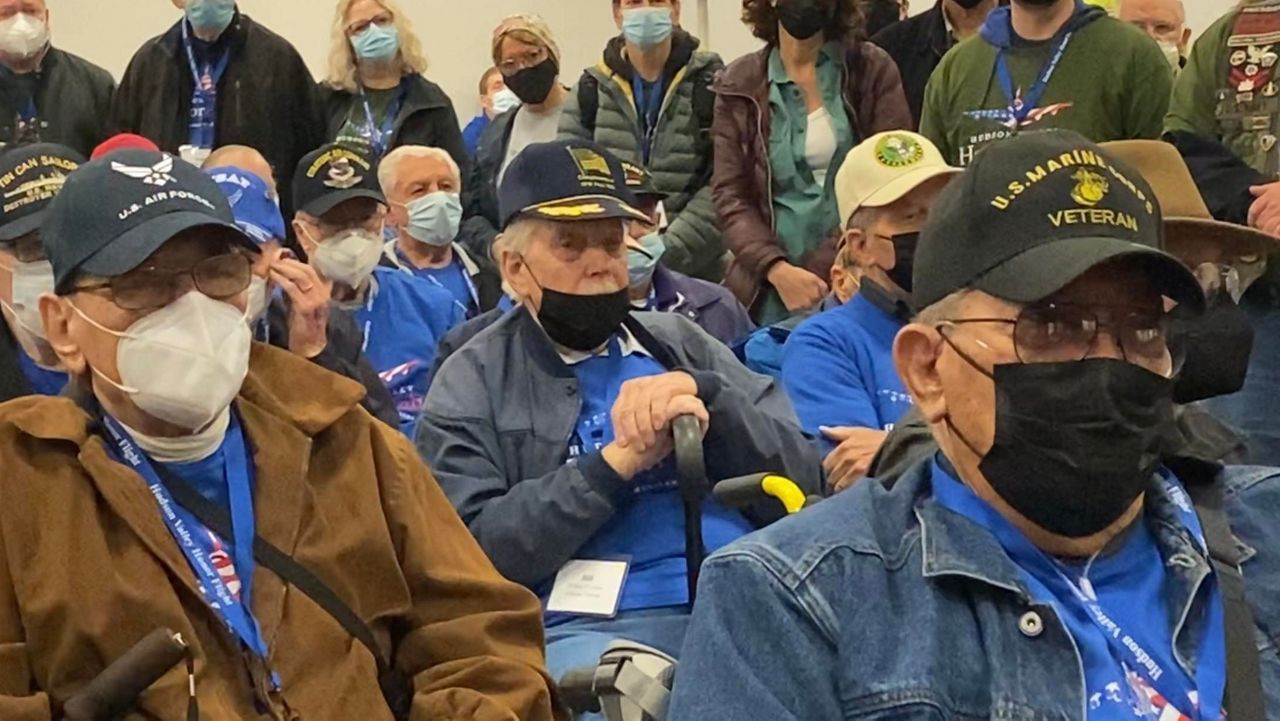 After more than two years of waiting, the Hudson Valley Honor Flight is taking off again as a way of saying "thank you" to the region’s veterans and to transport heroes like 96-year-old World War II veteran Eddie Mindlin to the nation’s capital.

“It’s an honor," Mindlin said before the flight. "I’ve been to Washington, D.C., but there’s a lot of things that’s changed since I was there.”

Honor Flight’s Hudson Valley chapter started in 2012. The nonprofit's mission is to take veterans to see the memorials dedicated to them in Washington.

So far, more than 1,800 Hudson Valley veterans have made the trip. The most recent trip, Mission 25, began with an electric atmosphere that felt like a welcome back party.

“We tried to go a few times when things were up and down, but unfortunately, we had to cancel with this group of veterans two times," said Hudson Valley Honor Flight Chair Frank Kimler. "And so this is their third opportunity."


Eighty vets, along with their guardians, took the flight to D.C., and saw the World War II and the Korean War memorials. They also visited Arlington National Ceremony to pay their respects to colleagues.

While the day was largely jubilant, it was also somber. The group paused to remember veterans lost over the past two years and to honor the memory of Hudson Valley Honor Flight founder Steven Nicoli, who passed away last year.

“To have his fiancée and his son and his mom and dad here, we’re all from the same town," Kimler said. "I’ve known Steve since he was a boy. It just means the world that we were able to do this and honor him today because he was here. I felt him.”

His memory lives on through what he loved doing: saying "thank you" to vets like Mindlin in the way only Honor Flight could.

Kimler said Honor Flight is always looking for vets who might want to join one of their flights. He encouraged anyone who knows a veteran to reach out and get in contact with them at info@hvhonorflight.com.