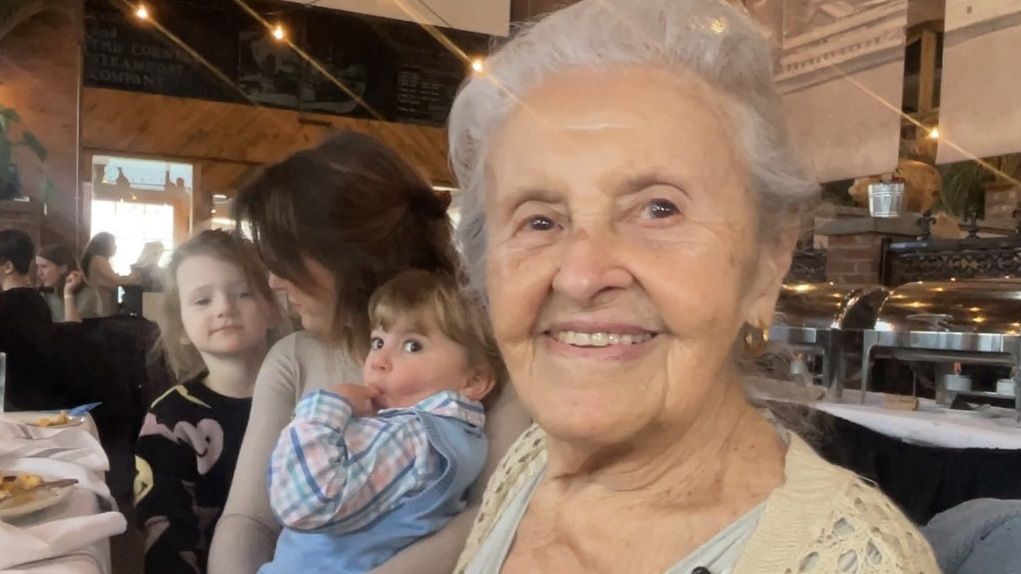 Not many of us can say we’ve had "happy birthday" sang to us 108 times, but Margaret Ricciardi can.

"I am 108 and I think I've tried everything," said Ricciardi, surrounded by five generations of loving family. "To think they all came, no matter the distance, for my special birthday."

Ricciardi lives in Staten Island, but her daughters and grandchildren live in the Capital Region and Hudson Valley. Kingston’s Ole Savannah Table and Bar was the perfect meeting point for the whole family.

"Everyone wanted to come and celebrate mom because she’s an inspiration to all of us," said Phyllis Ricciardi Erikson, Ricciardi's daughter.

The daughter of Italian immigrants, Ricciardi was born in Brooklyn in 1914. She married and moved to Staten Island, where she helped grow her husband's shoemaking business, expanding it to sell high-fashion shoes and handbags.

"She would buy the [New York] Times every Sunday and see what was in Bloomingdales and Henri Bendel, and she would go to the wholesalers and buy those shoes and sell them in their store in the Staten Island Ferry Terminal," said Ricciardi Erikson.

Later in life, Ricciardi took on a new career. In 1969, she began painting and sculpting. In 1986, she fulfilled a lifelong goal to get her college degree, graduating from CUNY’s College of Staten Island at the age of 72.

"They tell me that I am the longest student that has taken courses at the Staten Island College," said Ricciardi.

You can view some of her paintings and unique sculptures on her website ricciardigallery.com. And as the saying goes, a body in motion stays in motion. Ricciardi's art keeps her feeling young, but she attributes other habits to helping her live a long life.

"I never smoked in my life and I never overdrank, so I attribute that and eating vegetables and good food every day," said Ricciardi.

And her best piece of advice for younger folks?

"Enjoy life now, not later," said Ricciardi. "Whatever you plan that you want to do, not later, do it right now."