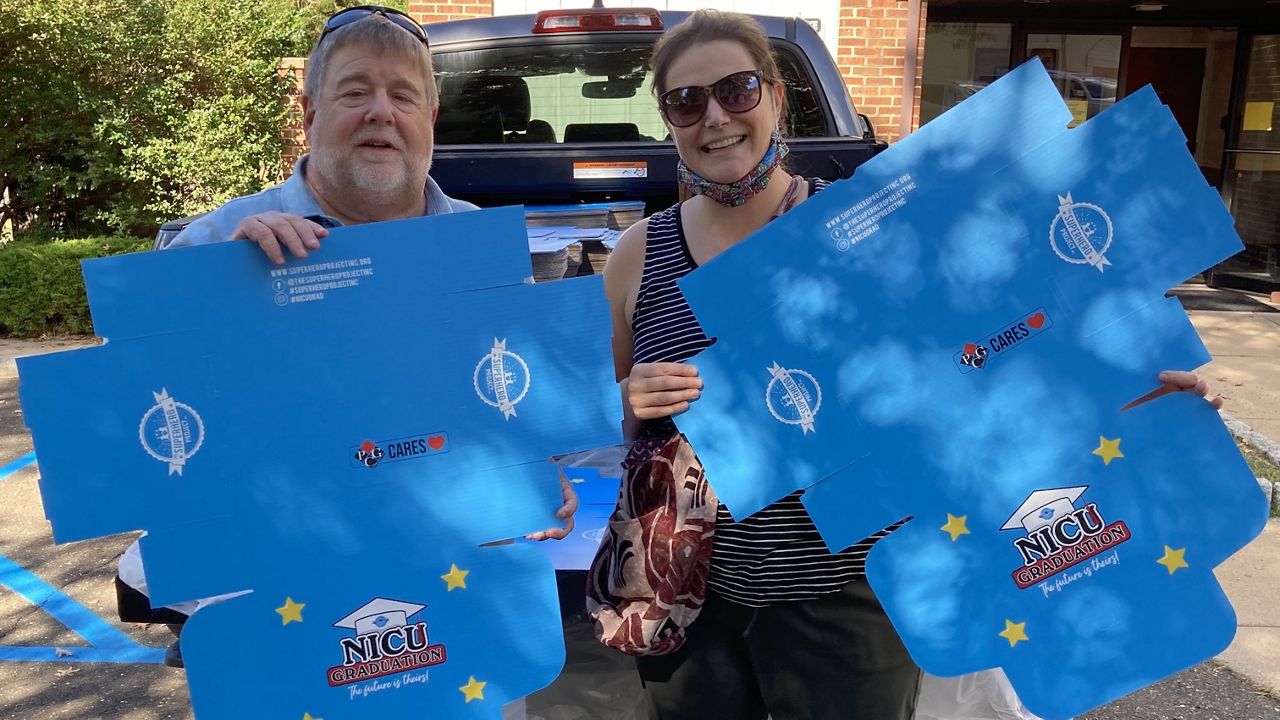 Business is booming at President Container Group’s 522,000-square-foot facility in the town of Wallkill.

"Without a corrugated box, nothing gets from point A to point B, whether it's food supplies, medical supplies, home goods," said Larry Grossbard, co-president of President Container Group​.

"It is critical. It is essential, and it keeps the world moving," Grossbard said.

The corrugated box industry became more crucial than ever during the pandemic, and his company has stepped up as shipping has.

But the workforce at the President Container Group didn't think their boxes could be used for charity until six months ago, when the Center for Food Action contacted them.

The nonprofit said it didn't have enough boxes for food-distribution events.

"We said, 'how many other organizations need corrugated to fulfill their mission,'" said Grossbard.

And that’s how PCG Cares was born.

It started by donating 20,000 cartons to the Center for Food Action.

Next, it donated to the Salvation Army. And the company is prepared to do more.

"We want to be good members of the community. We want to give back, and we want to do it by utilizing what we manufacture," said Grossbard.

One part of PCG Cares hits close to home for Rich Goldberg, vice president of the container group.

His grandson Emerson spent 70 days in a newborn intensive care unit (NICU) when he was born. In those difficult days, his family found out about the Superhero Project, which supports families of NICU babies across the country during their hospital stays.

"They wanted to have a NICU graduation system where as the babies leave the NICU, the parents would get a swaddler, a blanket, a little graduation hat, all those things, and they wanted to put it in a gift box. So, immediately when they showed me their idea, I brought it to Larry, and it's right up the alley for PCG Cares," said Goldberg.

That's what inspired them to donate 500 boxes to the Superhero Project.

"We need to give back. The corrugated industry has been very good to us, to the family, to our community. Now, it's time for us to give back and try to help out wherever we can," said Grossbard.