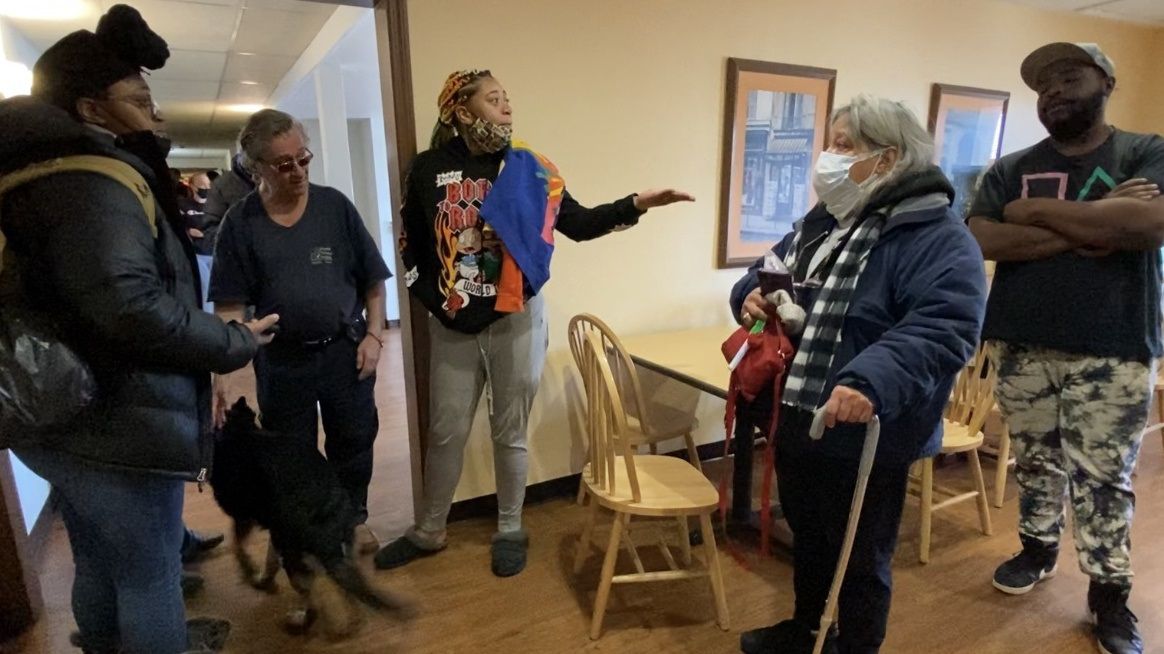 Jasmine Criss and about 10 of her neighbors were in the lobby of an Orange County hotel Wednesday planning their next move after being forced from their Middletown apartment building that had been condemned.

“There’s no way. It’s not cool,” Criss said in disbelief of the government options for the tenants. “I had a decent-paying job and had to quit my job. Now I’m homeless with a dog, and I can’t even keep my dog.”

A Middletown building inspector condemned the apartment building at 90 Linden Ave., Monday due to a cracked boiler that left all 12 units without heat and hot water. Tenants were told to evacuate immediately.


The landlord, "Sheli," paid for the tenants to stay in the nearby hotel until Thursday.

Sheli said Wednesday that because of the boiler’s large size, the replacement and repairs could last three months. Sheli said he is paying for two months of storage space for all the tenants’ belongings, which were being removed from the building Wednesday.

But he said he cannot afford to continue to pay for 11 hotel rooms at $100 per night each.

Tenants said they were informed their hotel stays would end at 11 a.m. Thursday.

Housing activists said Wednesday the sudden displacement should be a teachable event that motivates local and state governments to prioritize housing rights and affordable home construction.

“We need a long-term plan and solution for this,” housing and homeless advocate Joe Loonam of Vocal New York said Wednesday.

He said the displacement is going similarly to other condemnations: A utility goes out, tenants are forced to leave immediately, landlords are unable to house displaced residents indefinitely and local government agencies are left to scramble to find people new homes.

City officials said the safety net for this particular crisis consists of the Orange County Department of Social Services, a local church group and a homeless shelter.

Back at his hotel room, displaced tenant Richard Appell said he hopes the current safety net does not involve a homeless shelter. He has done that before.

“People can steal your stuff. There could be roaches there, lice or anything of the sort here that’s not good and proper in a place like that,” he said, keeping an eye on his pet Amazon parrot — also named Richard — perched on the back of a chair.

Both Middletown Mayor Joe Destafano and Valerie White, a volunteer from a local church, said they were exhausting every option to avoid placing any of the tenants in an emergency shelter, but there are few other options in the Hudson Valley’s ultra-tight housing and rental markets.

White, who was at the hotel Wednesday to work with the tenants on housing possibilities and to lend a sympathetic ear, was direct about their immediate futures and did not sugarcoat.

“I want to make them understand that as of tomorrow at 11:01 a.m., they can call ‘311’ because they officially become homeless,” she said.