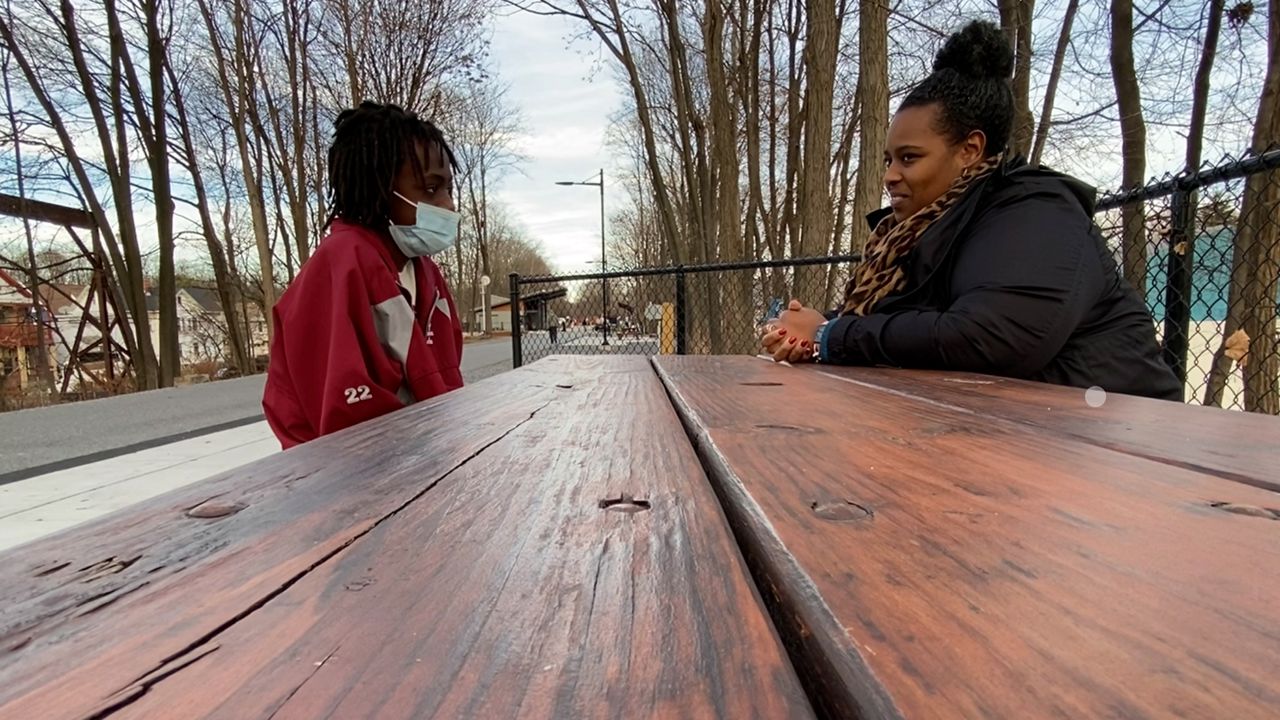 Dutchess County mother Taneisha Means is pleading with Arlington Central School District to do something about what she claims is a culture of racism and bullying at her son’s school.

Means’ son, Javen, who is Black, was excited to start his first year at LaGrange Middle School when he got on the school bus last September. That excitement quickly turned into fear and anxiety after his first week when he said a white male classmate attacked him.

“This kid, he said, ‘I want to pull those worms out your hair,’ and then he yanked on my hair,” Javen said.

Means contacted the school’s guidance counselor, and they both hoped that it was a one-time occurrence, but Means said the student targeted her son four more times. One incident involved the student jumping into Javen’s seat and hitting him in the face and head with a shoe.

"Every Arlington student and staff member deserves to feel safe and secure when coming to school. We will not tolerate bullying, harassment, or discrimination,” Moyer said in the statement.

He said the Board of Education has "committed significant resources to identify the root causes of the issues" and the district would work toward implementing a "plan for improvement."

She said the school has video evidence of three of the attacks on the bus. Spectrum News 1 requested through a Freedom of Information request to see the security videos, but was denied.

Means also alleged more attacks happened inside the school by two other white male students. She said Javen came home after school in November and told her the two classmates each slapped him in the face. In another instance, she said the students used slurs.

According to the National Center for Education Statistics, 22% of students ages 12-18 reported being bullied at school in 2019; of those students, 22% were Black. To fight those statistics, New York's Dignity for All Students Act requires all public schools to provide an environment free of discrimination and harassment.

But LaGrange alumnus Barak Tucker said these attacks are nothing new.

“People would call me the N-word. People would make jokes about my skin,” said Tucker, who attended the school from 2015-2018.

After Tucker said he was pushed down a flight of stairs and punched by white male students, his mother, Shona Tucker, noticed his behavior change. She removed him from the public school system and placed him in private school.

“He was becoming smaller and snarky, and just not the generous person that I know him to be,” Tucker said of her son.

It is a change Means doesn’t want to see happen to her son or any other student of color in the district.

“They're supposed to be responsible for my son and every other child's emotional and physical safety, and they have failed,” Means said. “I am scared every day for whether or not my son is going to come home harmed.”