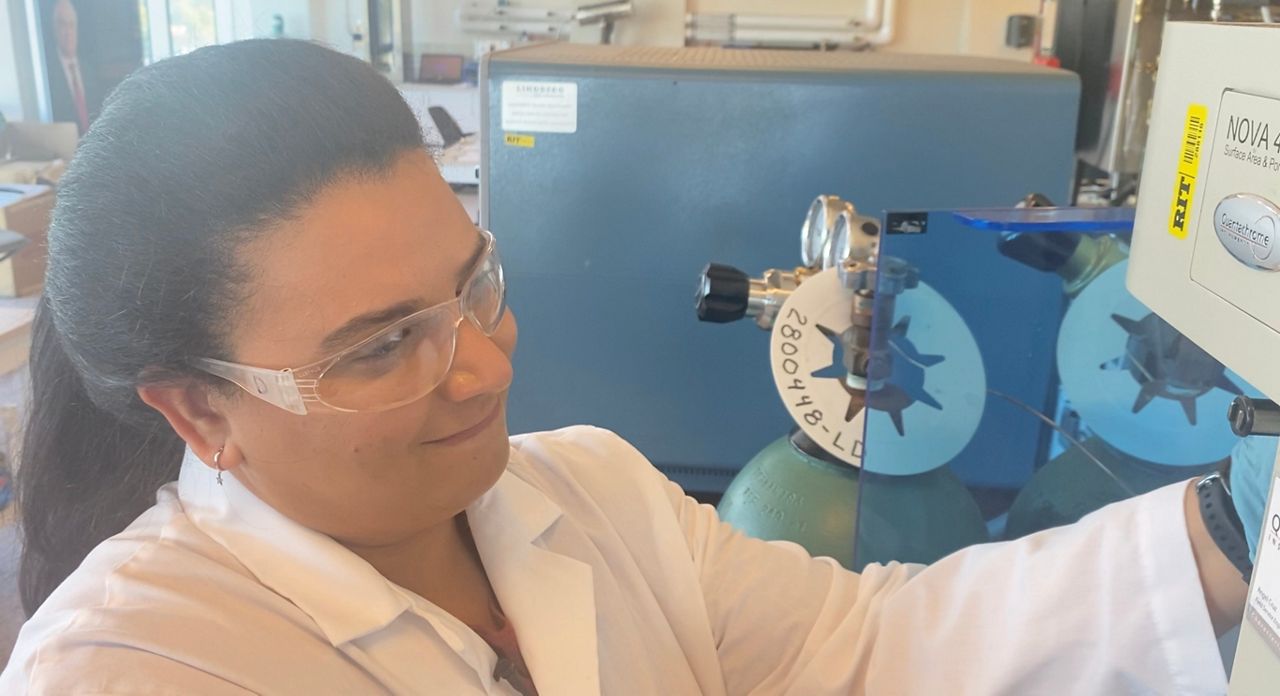 The U.S. Department of Agriculture estimates that around 40% of all food in the country is never eaten.

As the U.S. looks to cut the nation’s food waste by 2030, the National Science Foundation is funding $15 million worth of research at multiple universities, including the Rochester Institute of Technology, to figure out how to accomplish that goal.

RIT PhD candidate Diana Rodriguez Alberto is taking solid digestate, a byproduct of recycled food waste, to the furnace and she is about to turn up the heat.

"Now we are closing up the furnace. We have to get it pretty tight in there so we can ensure an inert environment," said Rodriguez Alberto.

Alberto explains the process is called pyrolysis, in which heat is used to replace oxygen with nitrogen to make biochar.

"Biochar is really good for water retention because it is a really porous material like charcoal. It can be used as an absorbent, that can be by applied to crop fields," explained Rodriguez Alberto.

The research is funded by a $1.8 million grant from the National Science Foundation as a part of a nationwide study on how to reduce food waste.

RIT Professor of Sustainability Callie Babbitt is leading the experiments at the university. She says their objective is to study food waste solutions in New York state.

"These are all things that we used to think as waste, whether food waste, cow manure or coffee grinds, but these are things we can actually turn into new resources if we can just figure out how to recover the value they contain," said Babbitt.

For Rodriguez Alberto, this means measuring how well the biochar will serve as an absorbent. She believes this could be crucial for maintaining the health of the Finger Lakes.

"We are using it to absorb phosphate. It can be used to absorb any kind of pollutant. There are a lot of different types of pollutants. We are looking at phosphate just because how it is linked to algae blooms that affect this area so much that we are trying to keep that phosphate in the soil and not letting it go out into the waters," said Rodriguez Alberto.

As someone who previously worked with a waste management company on the Dominican Republic, Rodriguez Alberto saw firsthand the problems that not being able recycle waste presents. This is why she aims to find a better way in the field of sustainability.

"This is a way of managing those resources that were going to be wasted before and making them into valuable products. We have finite resources on this Earth, so we have to find a way to make the most out of them," said Rodriguez Alberto.