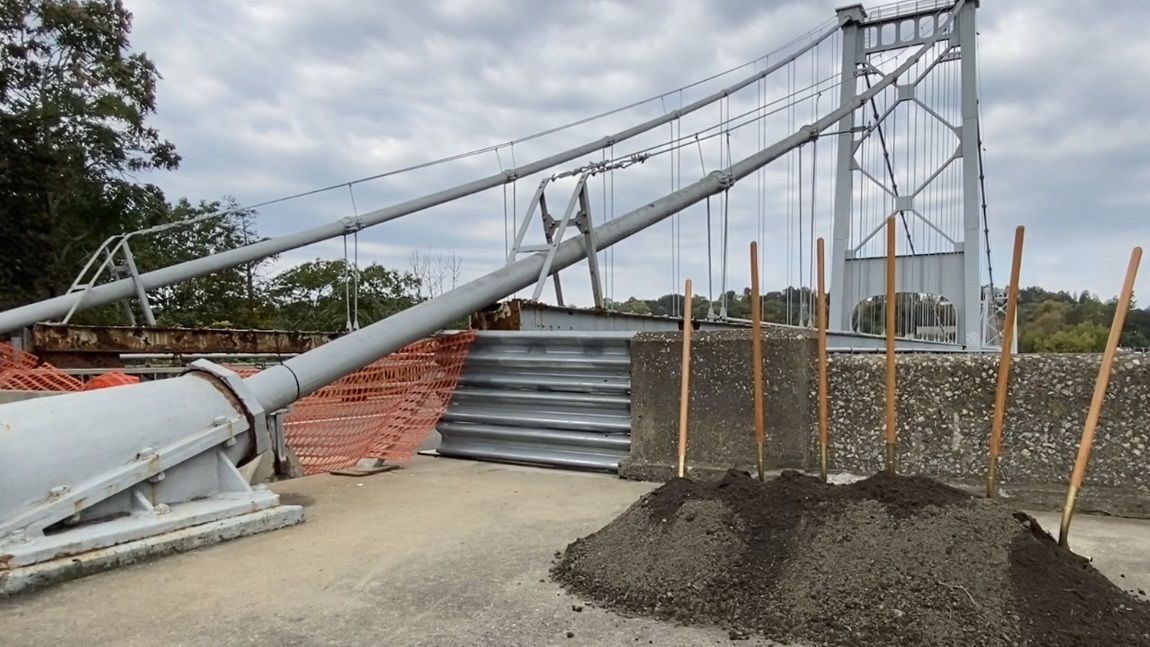 The Rainbow Drive-in in Esopus lost about 10% of its business when the state of New York shut down the nearby Wurts Street Bridge in September 2020 for various safety issues.

The bridge has connected Kingston with Port Ewen, a hamlet in the town of Esopus, since 1922, and is listed on the National Register of Historic Places.

While drivers can still easily traverse between the hamlet and the city, the Wurts Street Bridge was the only crossing option for walkers and bicyclists.

Rainbow owner Chuck Boughton was thrilled the New York State Department of Transportation decided to pump over $44 million into the bridge’s rehabilitation. He said his support of the bridge repair is driven less by business, and more by the future benefit to the community.

“It’s just, I get goosebumps thinking about it,” he said at restaurant Friday. “For generations to come, they will now not only have the convenience of coming over the bridge, but also enjoy the beauty of it.”

DOT officials and several community leaders announced Friday they are rehabilitating the bridge.

The rehab plan includes replacing suspension cables, reinforcing steel and replacing sidewalks. Once the rehab is completed, the bridge will be able to handle vehicles weighing up to 20 tons. The bridge’s previous weight limit per vehicle was three tons.

Assemblyman Kevin Cahill, who was instrumental in securing the $44 million to fix the bridge, agreed the project is meant more to improve quality of life than to improve commerce.

“This is a place where many people live who are retired or semi-retired. They go out to dinner on a regular basis, and they like to stroll to dinner,” he said. “Now they’ll be able to, once this project is complete.”

Paul Guarino, a former cab driver who used to drive the bridge daily, said he looks forward to using the new bridge for exercise, not in a car.

“This way here, I’ll be able to go back and forth and walk across without getting hit by a car, or falling through the bridge, some of the cracks and all that,” he said.

DOT officials said the rehab is already underway and they expect to reopen the bridge in late 2023.