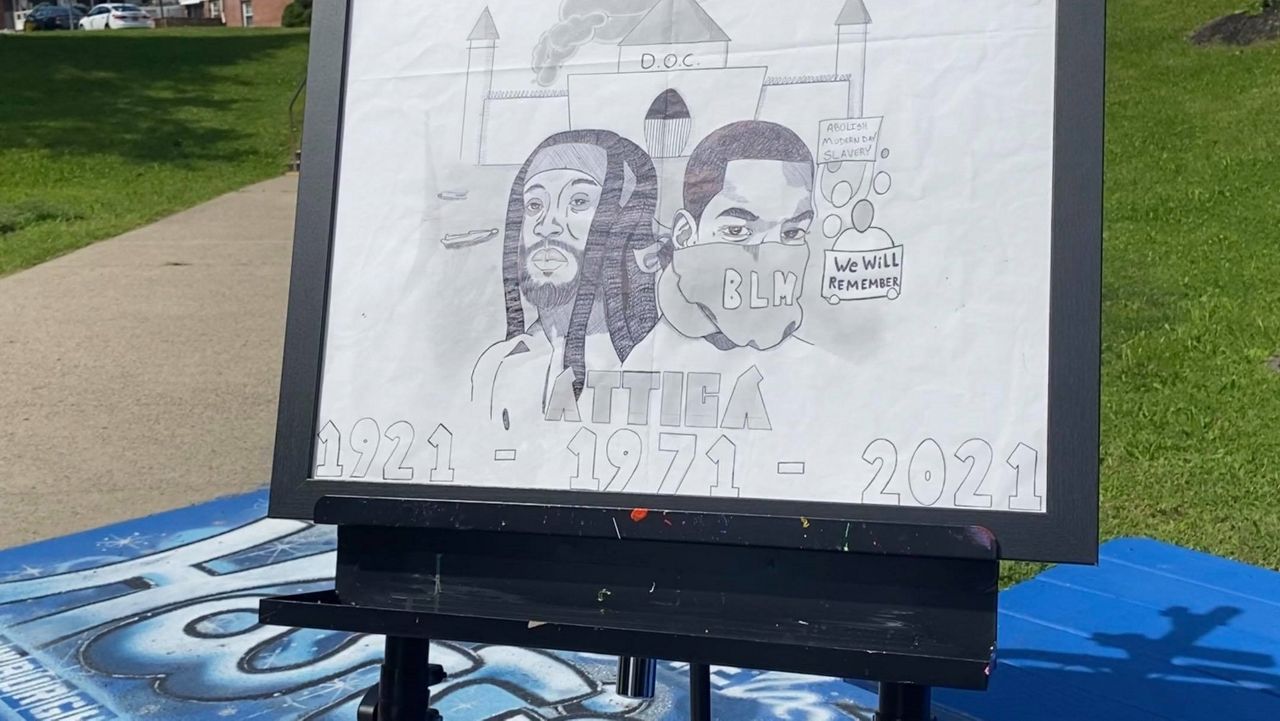 In 1971, the rights of incarcerated people came to the forefront of the national consciousness.

The Attica prison uprising was a five-day standoff in which inmates rebelled and took over the facility. During that standoff, the inmates demanded more humane prison conditions.

More than 40 people died during the incident, which shocked the nation and sparked reform. Today, that legacy is being remembered through the arts.

The Newburgh LGBTQ+ Center hosted an exhibition featuring people who share a special connection to what happened 50 years ago. Bevon Burgan is one of eight formerly incarcerated artists featured. In a poem, he expresses how the events of 50 years ago changed his life.

“He decided to write the poem to express the sacrifices that he believes those men in Attica made so that people like him can be treated like human beings," said Alisha Kohn, the director of the justice committee at the center. "The possibility of going to college and getting a degree.”

Kohn wanted the diverse artists in this exhibit to express themselves, including Dhoruba Shuaib who spent time in Attica.

Shuiab told Kohn that he can feel the prison's legacy in its walls.

“Attica has always been a symbol of what the possibilities can be," Kohn said. "And Dhoruba talks about how folks in Attica, despite the oppressive environment, that prisoners still thrive. Prisoners still learn.”

There’s still more work to be done and this art show is one part of prison reform efforts.

Kohn adds that through art comes healing, for those both inside and outside of prisons.

“I’ve seen some of their artwork, the poetry they’ve sent, and just showing it all to remember that Attica is still something that we need to remember, even 50 years later,” she said.