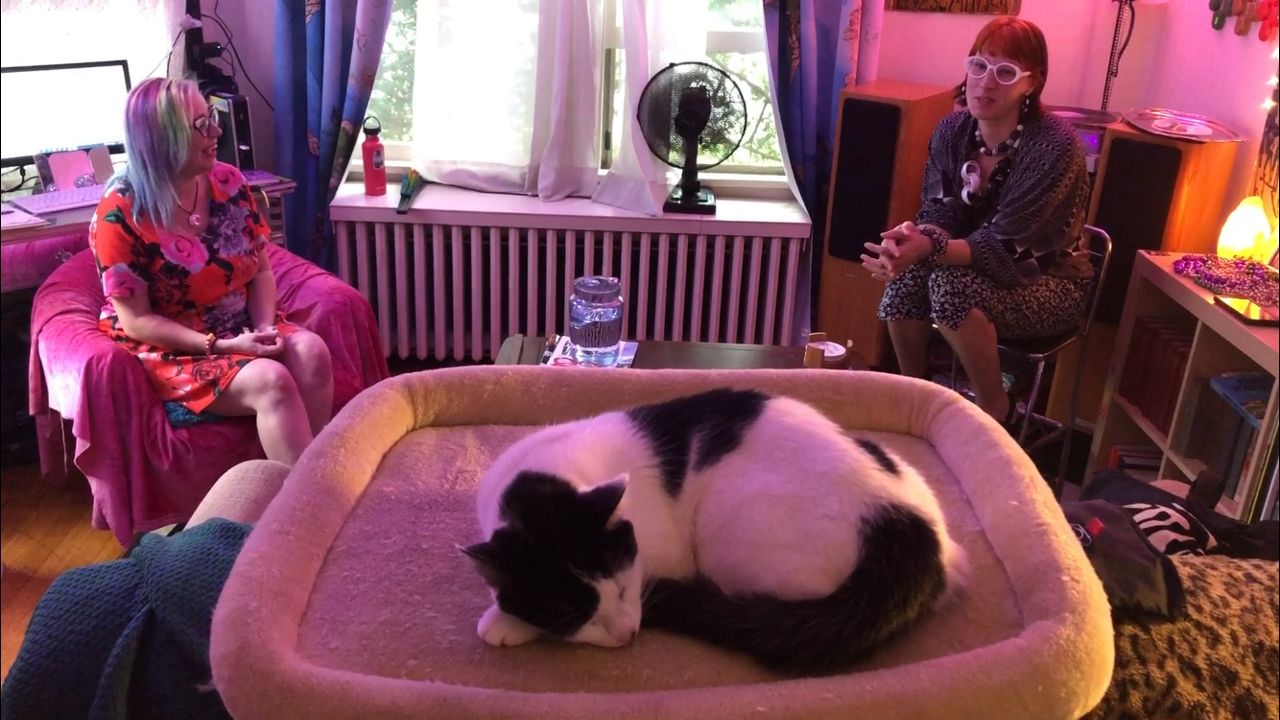 Alex Wojcik and Eunice Draw used up all their fingers as they counted all the places they have lived in New Paltz, NY.

During an interview in Wojcik’s living room, the friends told Spectrum News 1 they have both been unreasonably forced out of their rental homes before, and they fear being squeezed out of the village where they live, work and volunteer.

Draw, 24, who works for a local non-profit, said she has moved eight times in the last six years. Also an activist, Draw has been supporting ‘Good Cause Eviction’ legislation the village board is currently considering.

“It’s getting a little less artsy and a little less funky than it used to be,” Draw said of New Paltz. “The bill, I believe is going to help with that.”

Under the proposed law, a landlord would be able to evict if a tenant consistently does not pay rent, a tenant is committing crimes, a tenant is causing a nuisance or if the landlord needs to clear the property for their own personal use.

Disputes on these issues would likely be handled by a local court.

The law would also prohibit landlords from non-renewing a lease if the tenant chooses to stay.

Wojcik, 36, said that when the state eviction moratorium eventually ends (it has been extended until January 15) tenants will need protection.

“In light of the pandemic and to protect ourselves in the future, I’d like to get this done sooner than later,” she said.

Wojcik is quite familiar with the New Paltz ‘Good Cause Eviction’ debate, as a renter, the deputy mayor of the village and the author of the legislation.

She said many of her friends who are renters have criticized the latest version of the bill, saying it does not put enough restrictions on landlords.

“I’ve lost my radical cred by this law,” she said laughing. “It is so friendly to the property [owning] class.”

Several local landlords have also been critical, saying the law would be too restrictive.

Realtor Adele Ruger told the village board landlords should not be forced to renew a lease.

“There are some bad tenants. Waiting until the lease ends is a good way to end that relationship,” Ruger said. “Now, we will have to go to court. It will be expensive. It will tie up properties for months and we will have to wait for a new tenant to move in. The state has not passed this law and neither should New Paltz.”

Back at her apartment, Wojcik insisted that empowering tenants to stay in their homes would also be a positive policy move by the village.

A community known for being eclectic, New Paltz needs to keep more young professionals in the area, Wojcik said, and ‘Good Cause Eviction’ legislation would help accomplish that.

Councils in Kingston and Poughkeepsie, as well as the Ulster County Legislature, are considering similar measures.

The New Paltz legislation apparently has support from other village board members, and will likely be reworked as more feedback is received, Wojcik said.

She hopes to see it passed in the fall.

The deputy mayor enjoys volunteering and serving on the village board, but said she is not completely sure she will last long enough in New Paltz to run for another term.

“It’d be wonderful to keep doing that in New Paltz,” she said, “but we’ll see.”