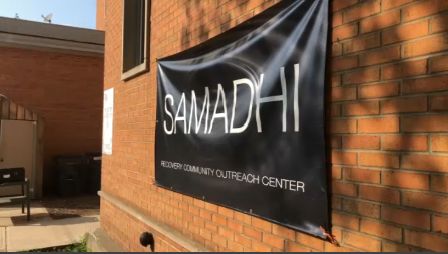 A Kingston addiction recovery center’s expansion in Midtown Kingston has some neighbors nervous. With the plans already moving forward, the center’s leaders are trying to turn those wary neighbors into supporters.

“You just start moving in the right direction, without even knowing it, honestly,” said Frances Jones, 21, of her last six months of counseling and treatment at Samadhi, a holistic recovery center located on Clinton Avenue.

Now, two months sober and on pace to become a certified peer recovery advocate, Jones said the center helped save her life.

She recently learned of neighbors’ complaints about noise and homelessness near the Clinton Avenue center and concerns about Samadhi’s plans for transitional housing a few blocks from the center at 609 Broadway.

“I understand how it can look — the craziness it can look like outside,” Jones said of the complaints about crowds. “It’s just that, everyone’s going through it, man. We’re just here to get help.”

At a community meeting held by Samadhi and Kingston Ward 4 City Council Representative Rita Worthington, Jones told skeptics that the problems they mention in complaints were already here, and only worsened during the COVID-19 pandemic.

Samadhi Director David McNamara told the group of about 20 outside the Midtown Library that the center served about 90 people a month through the center. Now they serve an average of 243 a month. The staff did not expect that.

Some at the meeting, including Bryant Drew Andrews, director at Midtown’s Center for Creative Education, were concerned about how Samadhi’s work might indirectly affect children.

Andrews said many of his students’ parents do not want the transitional housing units on Broadway because they want to shelter their children from the problems Samadhi handles.

“We have kids walking from high school, down the Broadway corridor, in a space we are trying to uplift again,” Andrews said.

“Just living in this neighborhood, our kids see things they should not see,” she explained. “I’m more focused on how we’re going to solve the problems, some of the issues that were raised.”

McNamara said the center is increasing its staff of peer advocates from four to nine, in order to serve more people and control activity outside Samadhi’s locations. One counselor even suggested welcoming midtown families to the both locations to learn more about Samadhi’s services.

Worthington said after the meeting of Samadhi’s expansion, “Whether it’s here or a few blocks away, this is happening,” adding that she thought families should visit the Clinton Avenue center to learn more about Samadhi’s services and challenges.