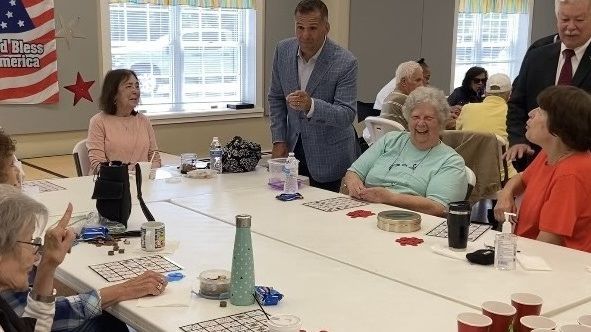 The bipartisan bill would ensure seniors have access to information regarding financial abuse, and the tools they need if they become victims of fraud.

"Before the pandemic, there was quite a lot of senior fraud in our communities, but during the epidemic, it got even worse," said Gillibrand. Senator Gillibrand says the top scams in New York last year were scams involving Social Security, winning the lottery or paying taxes.

"We’ve just seen an escalation in the amount of fraudsters that have been trying to take advantage of the anxieties and fears that older adults have, especially during this difficult time," said Gillibrand. "The scammers are exploiting the public good, exploiting a benefit the people bought into, paid for and count on, and that makes it that much worse."

The Senior Financial Empowerment Act seeks to improve the way financial abuse of older Americans is reported, and would establish a national hotline to advise seniors about how to prevent fraud and provide information about resources to combat financial abuse before it happens.

"Because the Hudson Valley is home to so many loving grandparents and a large senior population in a very tight knit community, it has sadly presented an opportunity for these bad actors, these criminals, to take advantage of the kindness of elders," said New York Attorney General Letitia James.

In Dutchess County alone, seniors account for nearly one in five residents.

"If I don’t know the number, I do not pick it up," said senior Lorraine Mazza, as she played poker with friends at the East Fishkill Community Center on Friday.

Mazza and Dianne Dufresne say they stay vigilant against fraud, but sometimes they get a call that doesn’t seem right.

They agree that there should be more protections for senior citizens against fraud.

"That’s horrible how could you do that? I mean, everything that they’ve put into society, we wouldn’t be here if not because of them," said Mazza.