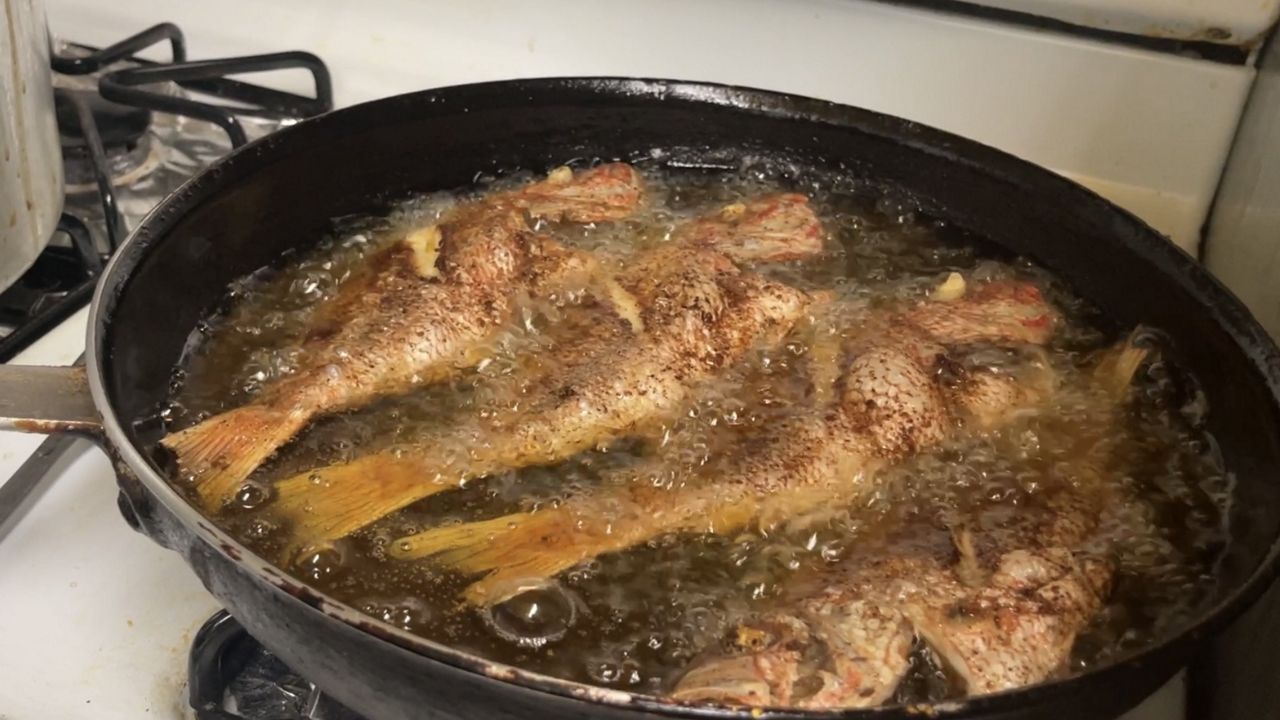 Malenda Bartley is preparing a dish known to Jamaicans and Jamaica lovers as Escoveitch Fish. Using red snapper, Bartley carefully rubs her secret seasoning all over to ensure each bite is flavorful.

She is one of thousands of Caribbean immigrants who call New York home. She and her husband moved to the U.S. from Jamaica in 1980.

“It caters to everybody from every walk of life. You can come to New York and know that you’ll feel comfortable,” she said.

Her husband, Sammy, was named a semi-finalist in the best chef category in a New York state contest held by the James Beard Foundation in 2020. Before opening the restaurant, he told his then-boss of his aspirations.

For many Black and brown businesses, the Federal Reserve Bank of New York said they were twice as likely to close during the pandemic. That’s why organizers of this year’s National Caribbean Restaurant Week say now is the best time to celebrate these businesses.

“We wanted to use this great opportunity as we come out of the pandemic, that we could bring back life to the restaurants,” said Dominic Christopher, president of the Caribbean American Restaurant Association. “If you’ve never been to the Caribbean, the restaurant week definitely gives you a taste as to what to expect.”

The restaurant week is being celebrated from June 6-12 at participating restaurants nationwide.

Junior Bradford is thankful a restaurant like this exists.

“When I look around, I see a Jamaican store. It’s a piece of home away from home,” he said.