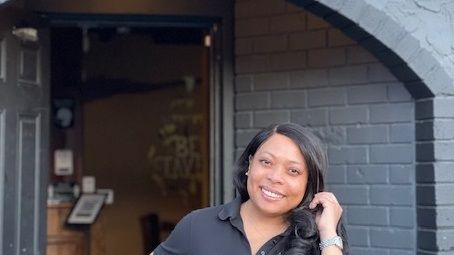 COVID-19 survivor is getting The Bee Tavern buzzing again

The Bee Tavern in Middletown is known for its honey-infused cocktails and wings.

"We decided since we're going to do the bee theme, that we're just going to go all out and put honey in everything," said owner and general manager Shana Bee.

But things weren’t so sweet this past year for Bee. After being forced to close in March, business took a steep dive.

"It was a struggle because we still had to pay the bills that were here, and I lost a lot of inventory," said Bee. "I had about a full cooler of beer, as well as full kegs, and I had to lose all of that."

On top of that, Bee got sick with COVID-19 in March 2020. She was put on a ventilator and spent weeks in the ICU. While in the hospital struggling to survive, she worried about the business.

"At that point, we didn’t know what we were doing with our own lives, just living day-to-day, so to figure out where the business was going to go, I really couldn’t tell you. I just didn’t know," said Bee.

They reopened this February after being closed for 10 months. Bee knows her restaurant is lucky to have survived. According to the Federal Reserve Bank of New York, Black-owned small businesses were almost twice as likely to shut down as a result of the pandemic.

Like many Black-owned businesses, The Bee Tavern didn’t qualify for a federal PPP loan. But she fought hard to come back. Bee got creative advertising changes on social media, adding an outside patio space, and offering her famous cocktails to-go. To bring in more customers, they expanded the menu to offer full entrees, too.

Bee is determined to see her restaurant thrive despite the challenges of the last year.

"Having COVID and dealing with almost not making it, you start to appreciate things in life more and I just realized that I have a purpose here and I'm thinking that this is my purpose."