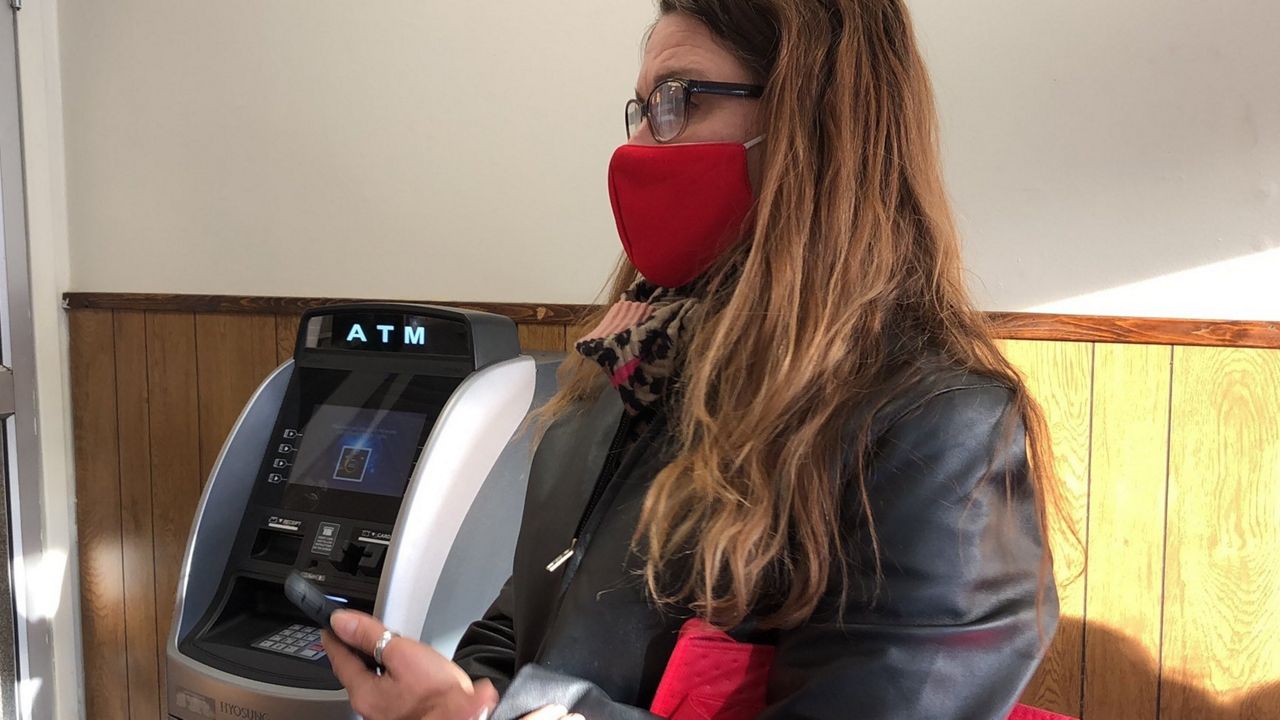 Many New Yorkers who have lost jobs due to the pandemic have turned to the gig economy to make ends meet.

Stasha Gumienny is one of them. She works for DoorDash. She's a "DoorDasher" on top of her full-time job as a school administrator. She’s been dashing since September after she lost her second job as a restaurant hostess last year.

"I was really feeling the hit of not having that second job," said Gumienny. "I had visited the food pantry a couple of times."

As a single mom, losing that second income was tough.

"I was in a low. I was really getting nervous," said Gumienny. "I had a couple financial meltdowns. I kept seeing the DoorDash availability on Indeed, and I said, 'You know what, what do I got to lose?'"

According to DoorDash, nearly two million people became door dashers from March to September of 2020.

According to ride-share app Lyft, 20 percent of their drivers said that they drove more during the pandemic because they were laid off or had their hours cut due to COVID-19.

With DoorDash’s flexible hours, Gumienny usually dashes on weeknights and weekends. She leaves her first job at 3 p.m. and starts door dashing by 4 p.m., all so she can make it home to her daughter in time for dinner.

"I do sometimes feel guilty because I'm giving up those Saturdays and Sundays during prime play hours to be with my daughter, but I also know that I'm modeling for her what it takes, and what I'm doing," said Gumienny. "And she's learned the quality of a dollar."

Each delivery can bring in about $6 to $10, and those deliveries add up.

"That might not seem worth it to someone, but if you do this three times a night, or a week, and maybe one weekend, you're going to see almost $200," said Gumienny.

After just two hours on the road, she's done for the night and heads home to make dinner for her 11-year-old daughter, Hannah.

"This is why I wouldn’t want to DoorDash past 6 o'clock. Hannah's doing homework, and we try to get a good night in," said Gumienny, as she prepared dinner for the night.

She does this multiple times a week, a grueling work day all to make life a little easier for her and her daughter.

Stasha works in a school M-F but several days a week after work and on weekends she door dashes to make extra cash. She’s not the only one. According to Door Dash, 1.9 million people became door dashers from March-September of 2020. @SPECNewsHV pic.twitter.com/kqenvBNPec