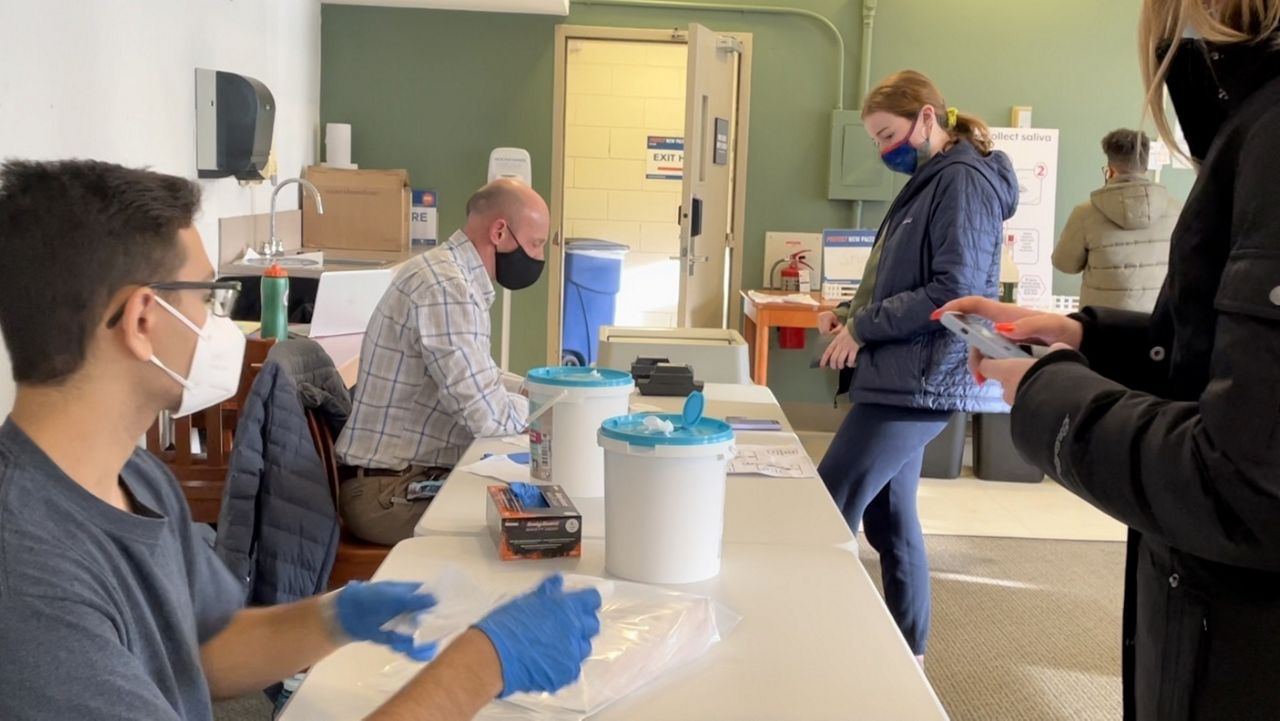 As students, faculty, and staff are making their way back to campus for the spring semester, SUNY campuses are now mandating weekly COVID-19 testing, compared to the bi-weekly testing done last year.

The preferred method is now a saliva pool test.

“Right now at New Paltz, that’s about 3,800 people a week that they’re going to have to be testing," says State University of New York Chancellor Jim Malatras. "That is a significant undertaking, but the team here has a great system in place that’s highly efficient.”

At the testing site on campus, students are given a swab to collect saliva from their mouths. They do it themselves, and then up to 12 samples are tested together.

If the whole pool comes back negative, they’re good to go. It’s a much quicker and more efficient way of testing large groups of people.

“If it’s positive, SUNY Upstate Medical has been able to develop technology, which they’re using now, that has been approved by the CDC and the state Health Department to isolate the actual individual who tested positive," Malatras said. "It used to be, if a pool was positive, everyone had to get re-tested again with a PCR test.”

“I think it’s a good idea," she said. "Might as well be as on top of it as you can. Compared to other schools, I guess I think they’re doing a good job.”

The chancellor says there are active discussions going on now about athletics and other student activities possibly resuming once the weather gets warmer.

@SUNY is now requiring weekly #COVID19 testing compared to the bi weekly testing last year. The preferred method of testing is a saliva pool test. Tune into @SPECNewsHV to see how it works! pic.twitter.com/thod2FSJ9J