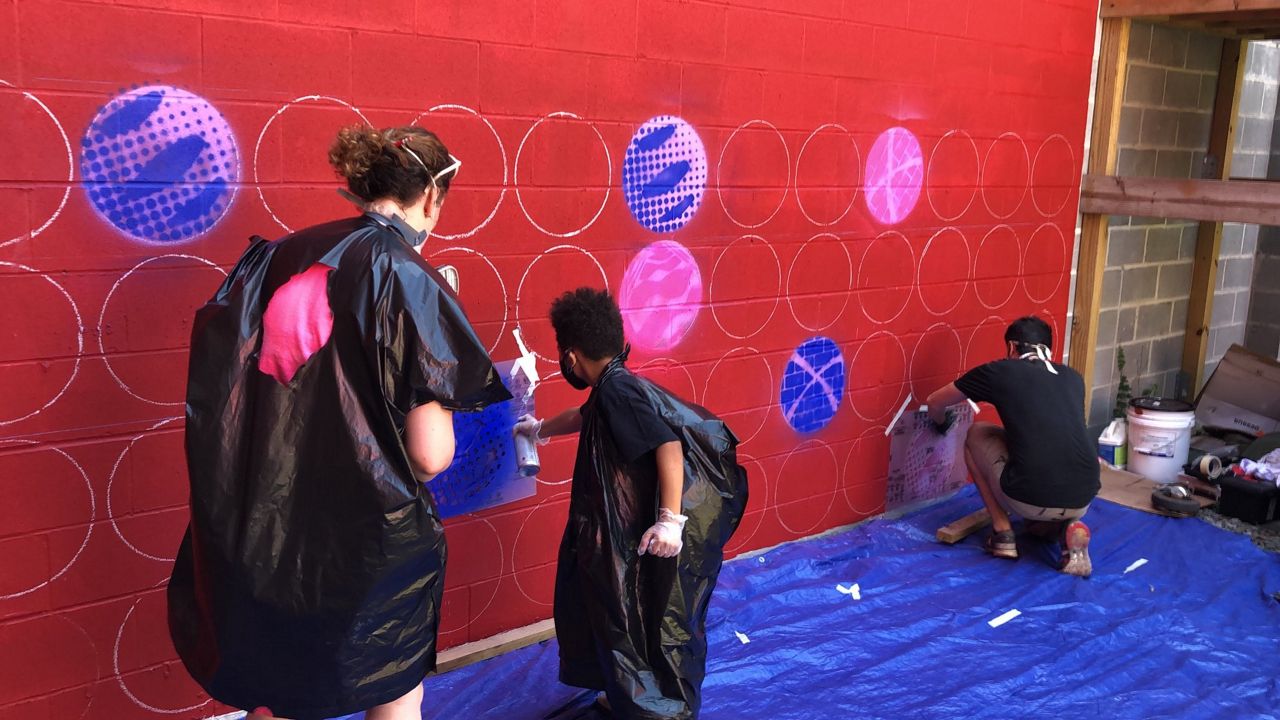 With spray paint in hand and decked out in protective clothing, Kingston students spent the day putting their mark on a community mural meant to signify their hopes and dreams for the city of Kingston.

Students were asked three questions about Kingston, including what they’d change about the city. Depending on their answers they each got a corresponding symbol to spray paint onto the wall.

Desstin, a fourth grader from Kingston, says he wants the city to become safer, especially in light of the COVID-19 pandemic.

"Make it a lot safer than it is right now," he said. "Because there's people getting sick and just dying."

Based on his answers to the questions, Desstin got to paint a symbol representing the canals and bricks that made Kingston an industrial city hundreds of years ago.

Zion just graduated from Kingston High School this spring. Even though he's heading off to college at SUNY New Paltz this fall, he also wants to see his city change for the better.

"I would like to fix up the run down neighborhoods, and try to make Kingston a safer place where we know we can walk around without any threat of danger," said Zion.

The "Community Rolls" community mural project organized by Kingston’s Reher Center for Immigrant Culture and History, where the mural can be found, is being led by artist Julia Vogl.

"My motto is to put the public back into public art and this project is about reaching out to the community and making something they have ownership over," said Vogl.

Organizers hope the project will allow the kids of Kingston to leave their mark on the city while also lending their voice to the conversation about how to make it better.