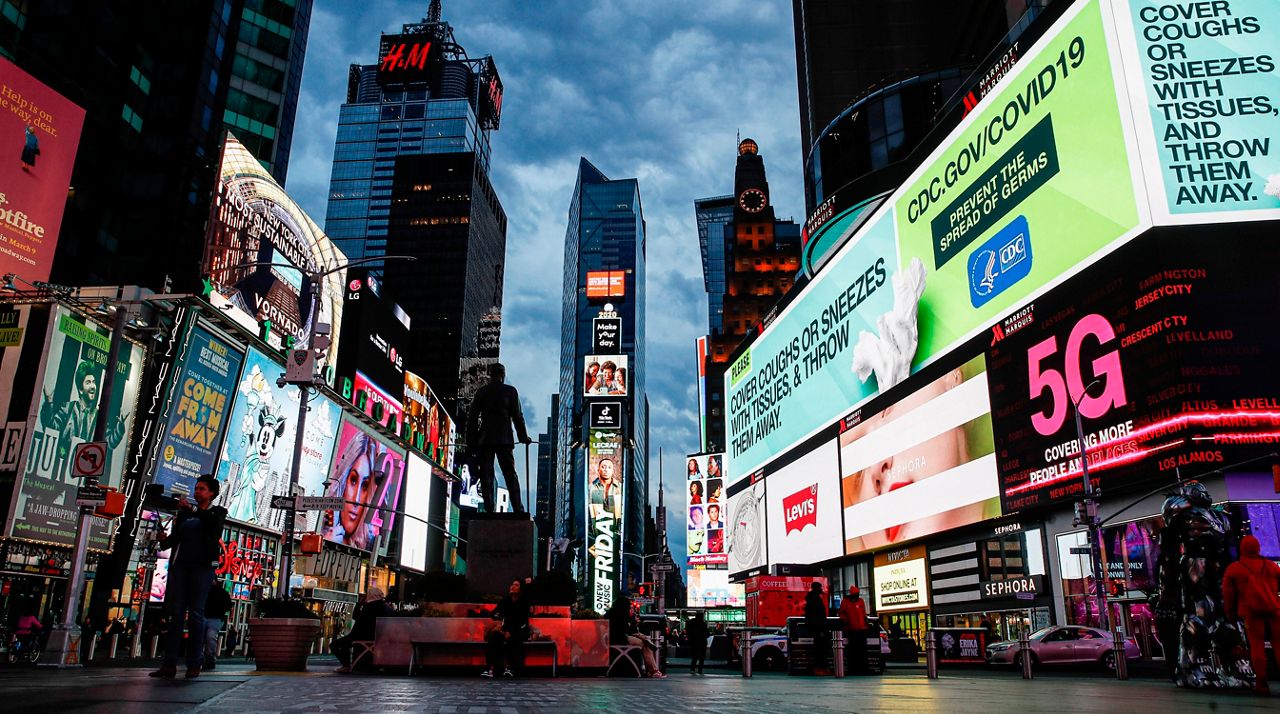 NEW YORK - The Broadway League officially announced the cancellation of all summer performances Tuesday because of the ongoing coronavirus pandemic.

No formal return date has been set yet, but ticket refunds and exchanges are now being offered through September 6.

It's another massive blow to an industry responsible for close to 97,000 jobs, making it one of the largest job creators in the city.

NY1 "On Stage" host Frank DiLella recently spoke with Broadway League President Charolotte St. Martin about the economic impact of the shutdown and what can be done to limit the damage:

Frank DiLella: If Broadway is closed through the end of the year, would you ever consider live streaming?

Charolotte St. Martin: Live streaming would require a new financial model, new contracts with the unions. I know they're talking about some of the sports teams doing things like that, but they get television revenue. Broadway gets the revenue of that person sitting in the seat. It just wouldn't work.

Frank DiLella: There's no chance a Broadway show can operate at half capacity or a quarter capacity, correct?

Charolotte St. Martin: What works for social distancing in the audience may not work with social distancing on stage. We have to keep the cast and crew safe and there's virtually no way they can socially distance themselves.

Frank DiLella: In terms of making money and bringing money into the city, you know, Spring is a very lucrative time period for Broadway as is the summer.

Frank DiLella: What can the government do to help Broadway?

Charolotte St. Martin: Well, unfortunately, nothing that the government has done has helped our members that produces shows and theater owners that have to keep these historic monuments open and successful. We certainly would love to see an extension of the employment benefits for our workers, and ideally a support for healthcare beyond when they will be covered through whatever their contract says. But for the producers, we need tax credits. We need opportunity for loans at low interest or no interest because Broadway is a very risky business. We anticipate anywhere from six months to two years of losses. So we are reaching out to governmental officials hoping that in their next round of relief that somewhere we will be included.