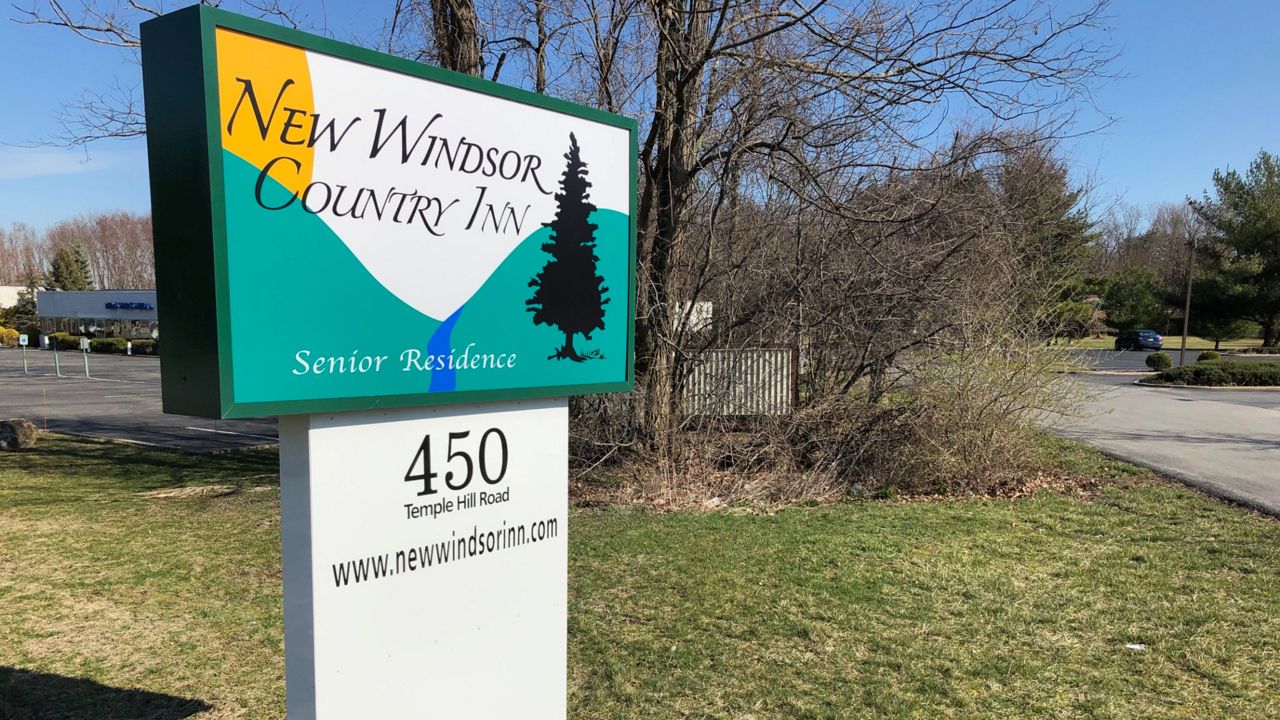 Residents of the New Windsor Country Inn, a senior home on Temple Hill Road, are being confined to their rooms while staff, town officials, and state officials work to get an apparent outbreak under control.

Town Supervisor George Meyers confirmed Thursday that a 99-year-old resident died following a positive test for COVID-19. This came after several EMS calls to the facility over the past two weeks for residents who had COVID-19 symptoms.

"Two or three [residents] came back and two or three were admitted," Meyers recalled. "It's my understanding that one or two are not doing great. Hopefully, they'll pull through."

The facility had already been on lockdown for nearly two weeks. Meyers expressed concern about the town's first responders having such frequent contact with people exhibiting symptoms of the virus. He said towns like his cannot lose EMS staff while the virus spreads.

State health officials were expected to visit the facility on Thursday to assess the situation. Meyers hopes those officials set a safe, standard procedure for future instances of multiple potentially infected people in one place who require hospitalization.

"Running them to the hospital, the hospital looking at them and saying, 'No, you're OK,' and then run them back to the Country Inn again? That seems to be a big waste of time," Meyers said. "I'm hoping they [the state] can resolve that."

Meyers is also concerned county officials are not telling municipal leaders approximately where the cases are, to help municipal leaders can respond accordingly. He said he and other town supervisors and mayors have brought this up during daily conference calls with County Executive Steve Neuhaus.

"Where are the cases?" Meyers said. "They keep telling us the total number has gone up from 200 to 300 to 400, but they're reluctant to tell us where. They keep referring to HIPAA [Health Insurance Portability and Accountability Act]. Are there 50 cases here? One hundred? Or just 20? Most of the supervisors want to know. We should know where they are."

Other county leaders have been specific about cases, their locations and circumstances. For example, Ulster County officials posted a map, and are regularly updating how many cases have been confirmed in each municipality.

Leading Ulster County in cases is the Town of Plattekill, with 17 cases as of Thursday afternoon. Plattekill borders Orange County to the north and is about a 10-minute drive along Route 300 from New Windsor.