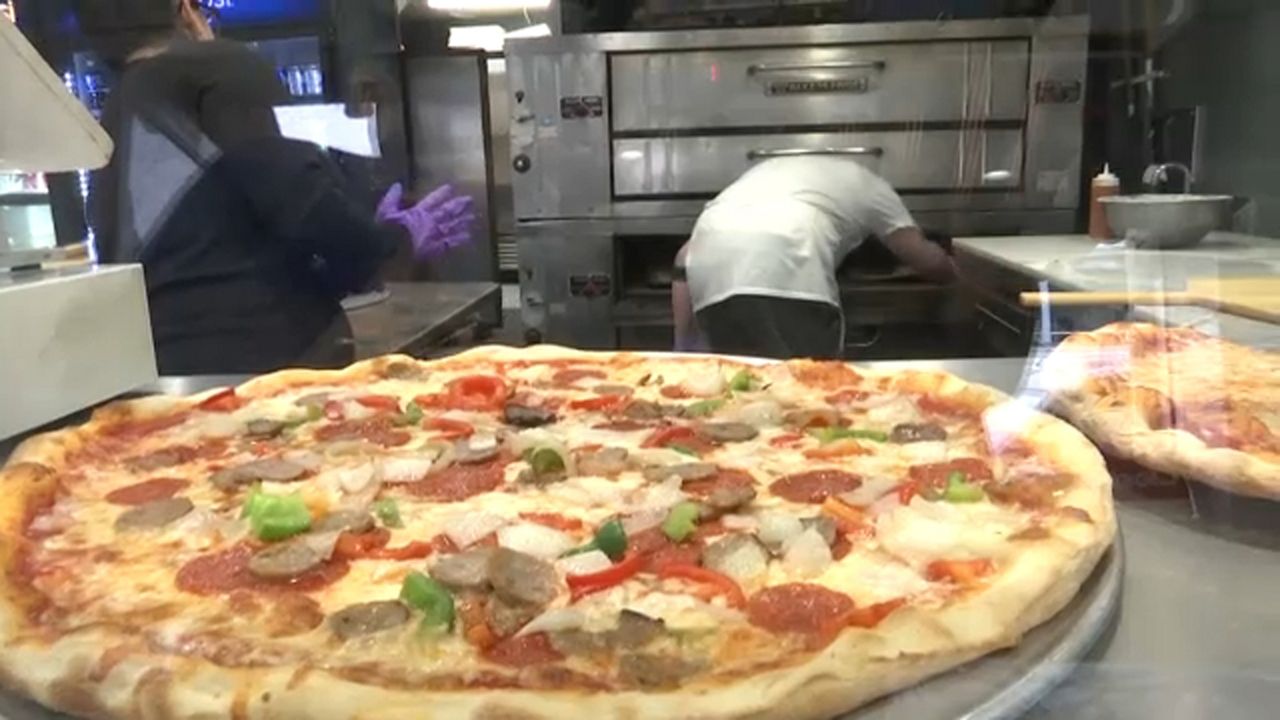 For three generations, Village Pizza in Goshen has been serving up slices. They're trying to adjust to Governor Andrew Cuomo's new restaurant restrictions.

"You can call in your orders pay for them with credit cards or pull up right on the curb with cash we will come out bring it outside to you," says Jon Paul Brancato, owner of Village Pizza.

It's all hands on deck, and they've even started delivering again after stopping nearly 20 years ago.

"Me being a delivery driver, my son, we are trying to get to everybody in the community because we know it’s a time of distress," Brancato said.

With community members facing layoffs and reduced hours, Brancato is making it his personal mission to make sure nobody goes hungry.

Eat now, pay later. That’s what Village Pizza in Goshen is willing to do for families who are tight for money right now. Owner Jon Paul says if he had it his way, no one would go hungry, so he’s doing what he can to help! Full story at 5pm on @SPECNewsHV pic.twitter.com/ygirZllmX6

"You know, you can come to me personally and you know I will give you the food and have a contract between you verbally that you can pay me when things get better," Brancato said. If we have it our way, nobody will go hungry."

It's all based on the honor system.

"It's never a matter of trust; we know everybody is good for their word, that's the way it's always been shown to us here," Brancato said.

Brancato hopes others pay it forward as well.

"It all starts with thinking about in the morning: What you can do to help somebody else?" Brancato said.