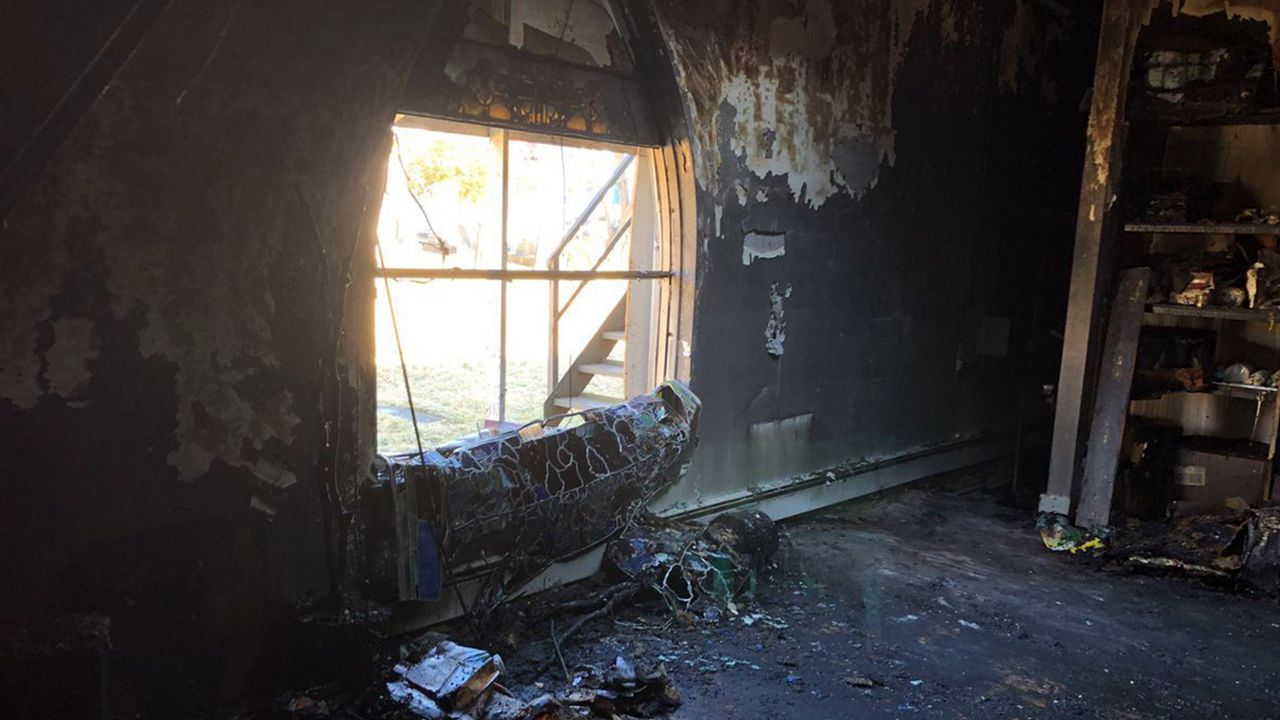 Calvary Presbyterian parishioners like Carol Lawrence got their first looks Thursday morning at what happened to their church's community room on South Street in Newburgh.

"My goodness," Lawrence said, wide-eyed and struggling to find the right words, as she surveyed the room. "I just ... Wow."

The Newburgh Fire Department received a call just after midnight for a fire that started in the room, known to parishioners as "Fellowship Hall."

An assistant fire chief told Spectrum News on Thursday morning most of the damage was on the far side of the room, where there were some instruments, wires, and a kitchen.

"Ceiling's down, wall's down, stage is gone," Lawrence said, ticking through the losses. "For heaven's sake."

But, there was some consolation.

"Go in there," another parishioner, Susan Young, told Lawrence, pointing to the doorway into the sanctuary. "You'll feel better."

Lawrence made her way through soaked pieces of insulation and folded chairs to the doorway to peek in.

"You're right," she said as she turned back around. "I feel better. The chapel's intact."

Asst Fire Chief: recently built fellowship hall was an add-on built with materials other than the hard stone used to build the original church. That’s why the sanctuary was saved. pic.twitter.com/BgSjjxSoy6

The sanctuary, constructed in 1858, is built of stone.

It appears the fire in Fellowship Hall — an add-on not built of stone — was stopped by a wall behind a pulpit about five feet thick.

Parishioners said the loss of a stained glass window behind Fellowship Hall's stage stung, because it is rare and irreplaceable.

The rest of the damage to instruments, furniture, bibles, and downstairs classrooms soaked with water will be covered by the church's insurance policy, parishioners said.

The assistant fire chief said it is too early in the department's investigation to determine exactly what caused the fire, but said at this point, it does not seem suspicious.

Fellowship Hall has been a meeting place for community groups such as Habitat For Humanity and another congregation. Young said other local churches and churches within the Presbyterian network immediately began offering meeting and worship space to those affected groups, and community members have been donating.

Though Calvary Presbyterian's own sanctuary appears untouched, it still must be reinspected before reopening. It could be a few more weeks before they can resume services there.

"The church is not the building," said former Pastor Deke Spierling. "We are the church, and we'll continue to be."

Donations can be made to the church through its website.