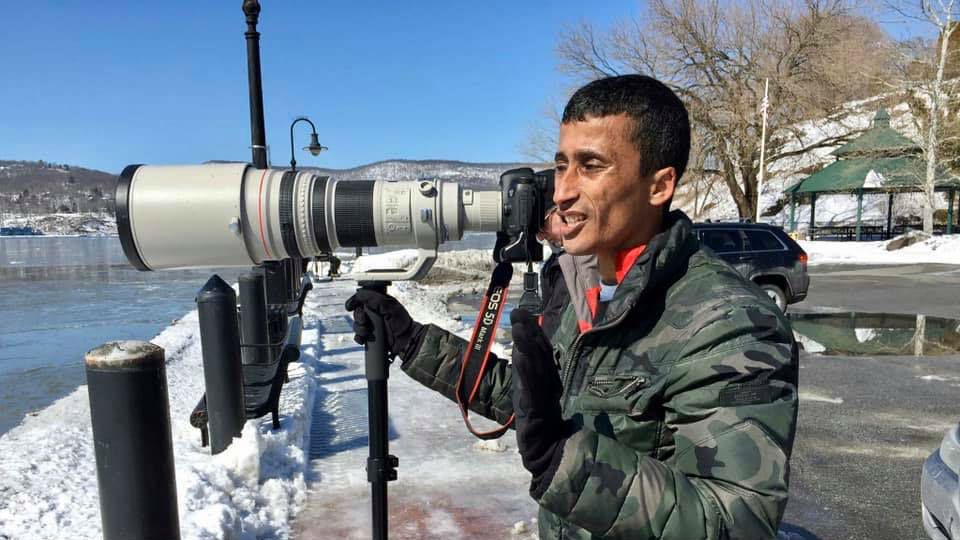 Anwar Alomaisi made a name for himself photographing the majestic beauty of the bald eagles of the Hudson Valley in Peekskill. But all that changed last Tuesday when he was deported back to his home country of Yemen after a routine check-in meeting with immigration officials that he's done for years.

This is Peekskill photographer Anwar Alomaisi. He made a name for himself for his photography of eagles & other HV wildlife. But he was deported to his home country of Yemen last week and his community is outraged. I spoke to Anwar via phone today.That interview on @SPECNewsHV pic.twitter.com/SjWjrJpUv0

"When I heard about his predicament, I felt I needed to do something," said supporter Gene Panczenko.

Anwar was one of the administrators of the Peekskill in Pictures Facebook group where photographers would post their photos of the region. When word got out that Anwar had been deported to war-torn Yemen, the outpouring of support was immediate.

"The pictures he has come up with are extraordinary they're National Geographic quality," said Panczenko.

Panczenko is showing his support for Anwar by projecting his photography on a projector in front of his home.

"He has some extraordinary eagle pictures, and the eagle being the symbol of America, I think what's been done to him has been a grave injustice," said Panczenko. "The way that it was just pushed through and he was just sent away to a war-torn country with nothing but the clothes on his back."

Spectrum News was able to get in contact with Anwar, now in Yemen, via Whatsapp. He says his citizenship problems started in 2001 when he got married, but his wife failed to attend his citizenship hearings. He says he's had a work permit since then.

"They picked me up from the jail to the airport, and I refused to go, and they forced me and they handcuffed me and they pushed me and just dragged me to the plane," said Alomaisi.

For the last 22 years, he has lived in Peekskill, working odd jobs until he became a wildlife photographer known throughout the region. Now he lives in a war zone. Yemen has been entrenched in a bloody civil war since 2015.

Because Anwar has documented the war as a journalist, he believes his life is now at risk.

"If they catch me over there, life is nothing. They will take you, they will drag you, kill you," said Alomaisi.

Now all he wants to do is come home.

"People are watching me," said Alomaisi. "I'm living in like a very hard time and [I'm] upset, crying, my heart is breaking. I can't believe I can't go back to the U.S., I feel like it's my homeland."

Anwar's lawyer, Kai De Graaf, tells us he's working to get Anwar's file from immigration officials so that he can appeal Anwar's order of removal with the Department of Justice. Until then, Anwar must live in hiding to survive.

"I'm here hiding from one place, hotel to somebody's house," said Alomaisi. "I just want to go back."

His supporters plan to hold a vigil in his honor and are reaching out to local officials to help bring him home. They've also created a GoFundme page to raise donations for Anwar's legal fees.