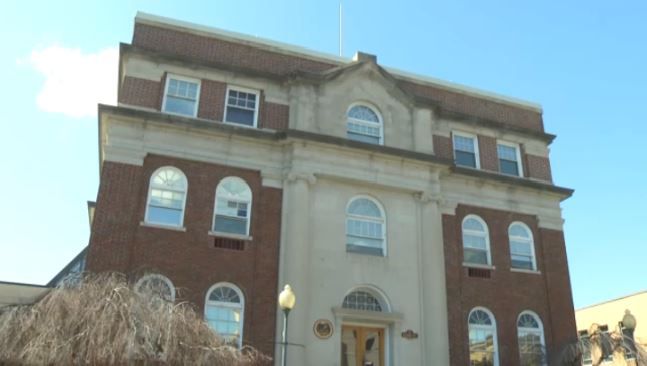 "During an attempted targeted enforcement action [on] April 3, in which ICE deportation officers specifically sought an unlawfully present foreign national, the target avoided arrest by fleeing from officers, causing them to instead depart the scene without effecting the arrest," the statement read. "Despite these attempts to obstruct ICE’s lawful efforts to apprehend criminal aliens and immigration violators, the agency remains committed to its efforts to uphold public safety."

Yow also included a statement on what they termed as "background."

"Whoever assaults, resists, opposes, impedes, or interferes with a federal officer in the performance of their official duties is in violation of Title 18, U.S. Code Sub-section 111, where the acts in violation of this section constitute only simple assault, and is subject to a fine or imprisonment to no more than one year, or both. And where such acts involve physical contact with the victim of that assault or the intent to commit another felony, be fined under this title or imprisoned to not more than eight years, or both."

In a statement to Spectrum News, Maloney hinted his office has something in the works regarding the ICE agents' unannounced entry into city hall.

"We're working to get to the bottom of this situation and will have further announcements about that soon," Congressman Maloney said in the email. "Sending armed, plainclothes officers into a public place without notifying local authorities is dangerous. If it's not against ICE protocol, it should be."

Wednesday, Mayor Joe DeStefano told Spectrum News that between three and five ICE agents approached a man on the second floor as he was about to appear in city court on an unrelated matter, and that the man resisted and fled before the agents caught up with him on the first floor to again try to subdue him.

The man — still not identified — then broke free and ran off, and agents stopped their pursuit, the mayor said, based on his conversations with the agents afterward.

Middletown Police responded to a call about a "disturbance" on the first floor of city hall just before 10:30 a.m., to find three of the agents standing outside the building, according to a press release issued later in the day.

Police said the agents were dressed in civilian clothes, not in uniform.

DeStefano said the agents informed city officials they were at city hall to execute an administrative warrant involving the man, who may be undocumented.

The mayor reinforced multiple times that Middletown Police did not assist the agents and had no prior knowledge of their plans to detain the man at city hall.

He added that city policy keeps police from assisting ICE with any administrative detainer warrants, which are documents signed by ICE stating the person should be detained for possible deportation.

Use of administrative detainers — as opposed to judicial warrants — have been criticized by constitutional experts and officials in several Hudson Valley communities for their vagueness, and for not being signed by a judge.

Bystanders were apparently unaware the plainclothes agents were even officers of the law, hence the call to police to report the disturbance.

Organizers with the advocacy group 'Nobody Leaves Mid-Hudson' said leaders in Middletown have done very much in recent years to empower the local immigrant community, including implementation of the Municipal ID program and a pledge not to cooperate with ICE on administrative warrants.

However, Wednesday's episode was a chilling setback to progress and trust between officials and immigrants says the group.

"They were in plain clothes and it created confusion," said NLMH Lead Organizer Ignacio Acevedo, outside city hall Wednesday afternoon. "That's why they called the police, because if they were to come and say, 'I'm an agent,' why would you call the police? So that caused a whole panic at that moment."

"When you have people with guns on both sides, people who are there to protect and people who were there to make an arrest, and they don't know what's going on, it could end very badly, including [for] innocent bystanders," DeStefano said during an impromptu press conference in his office.

Acevedo said he is currently trying to track down the man who escaped the agents to make sure he is not injured and to get his side of the story.

DeStefano said he has reached out to the offices of Congressman Sean Patrick Maloney and State Senator Jen Metzger to brief them on the incident, and suggested members of the public also reach out to state and federal lawmakers to voice concerns about ICE activity in the Hudson Valley.