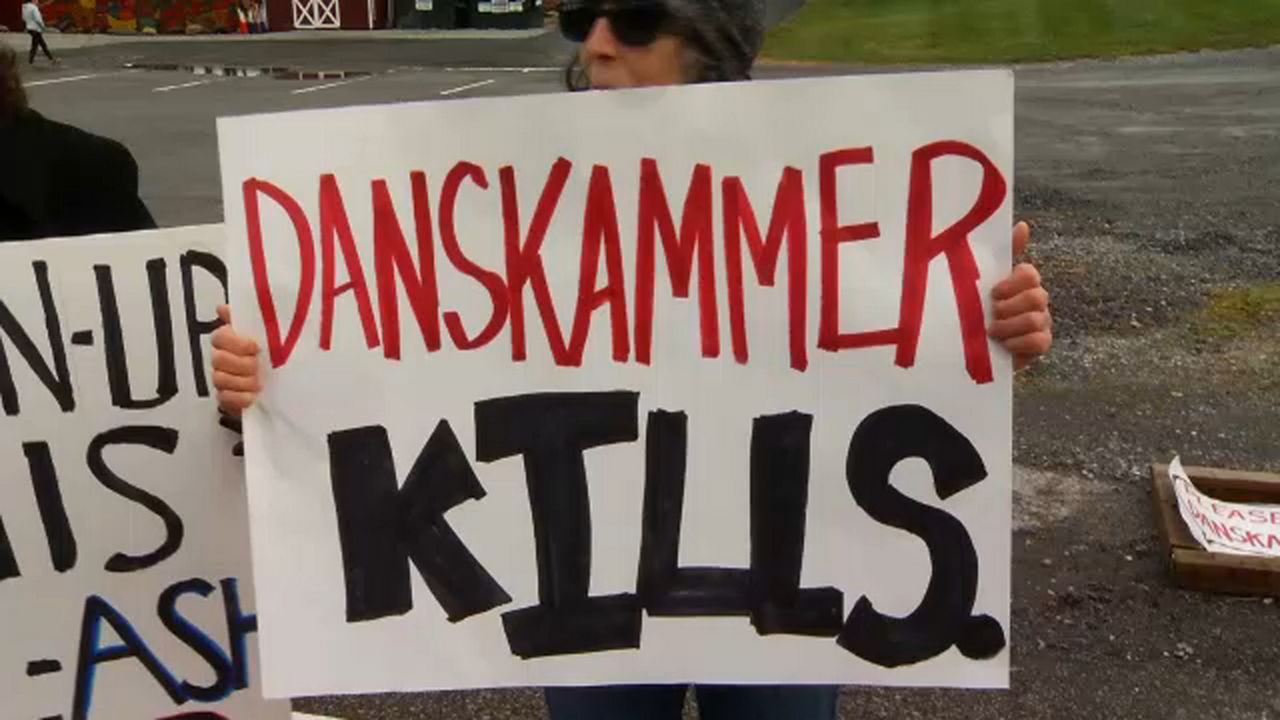 Protesters gathered outside Middle Hope elementary school in Newburgh Monday, voicing their opposition to the proposed re-powering of the Danskammer power plant.

The 65-year-old power plant is currently being used only intermittently when more power is needed, but a multi-million dollar proposed project would bring it back online.

The team behind that project is holding a series of public information sessions, hoping to dispel the fears that have people protesting. They say the new plant would actually have a positive effect on the environment.

"We're trying to upgrade it and replace it. Same size, use the existing pipeline and transmission, and hopefully make it much more environmentally friendly. We will not be using the Hudson river for cooling. The emmissions from the new plant are dramatically lower, over 85 percent lower than older plants," said Danskammer Energy CEO Bill Reid.

But the protesters say simply being greener than older plants is not enough. Aside from environmental concerns, many are particularly concerned with the economic impact the plant would have.

"These energy companies that have run Danskammer have constantly dropped the ball, and basically financially disadvantaged the local community with bankrupcies [and] losses of tax revenue. They pull out and they leave everybody holding the bed," said Sandra Kissam, chair of Orange Residents Against Pilgrim Pipelines.

There are two more open houses scheduled for 11 a.m. and 5:30 p.m. Tuesday at the Community Center in Wappinger Falls.