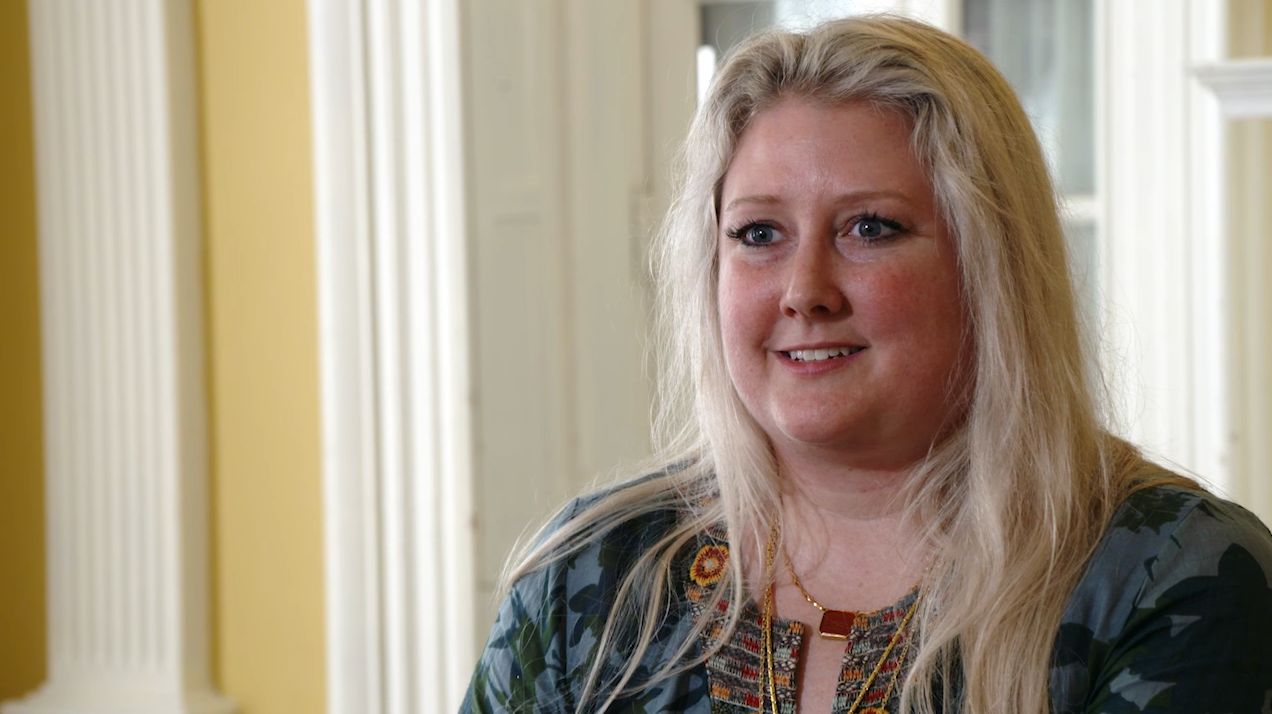 Sitting on Governor Andrew Cuomo’s desk right now is a bill that could change the rules of sexual abuse in private schools forever. If signed, it closes a decades-old state loophole that has allowed private high schools to not report allegations of sexual abuse. Those employees are not considered by law to be mandatory reporters. This bill would change that.

For Kat Sullivan, the bill is personal.

“I really felt like I needed to send the message that these things happen,” she says.

Today, she is an outspoken advocate against sexual assault. But in the late 1990s it was a different story.

“No one told me what to do after you’re raped because I never thought I would be,” Sullivan says.

Sullivan says as a student at Emma Willard in the 1990s, she was raped by her teacher and coach. Her time at the Troy private school is a chapter that has defined her.

“He tied my legs and he took a lot of effort to do that. And I was actually in a really uncomfortable position and he just kept telling me to be quiet, ya know, hush,” she recalls.

She says the crime was never fully investigated by police — made possible because of a loophole in state law.

“We left a big hole in the process, and that is the ability not to report. Our obligation is to fill it,” says state Sen. John Brooks, D-Long Island. “We need to open up the doors, open up the windows, find out what’s really going on make sure everybody’s reporting it.”

Emma Willard has a long history of sexual misconduct, and this school is facing the problem head-on. Going above the current law, the school makes employees mandatory reporters.

“We bring in [the] Troy Police Department, we bring in Child Protective Services, we bring in industry experts,” says Erin Pihlaja, the school’s director of communications.

“We as the adult community all want our students to feel absolutely safe. I think that we want them to feel like they belong, that they are cared for,” says Shelley Mahar, the school’s dean of Students and Wellbeing.

The school also released a 127-page report in April 2017 that publicly acknowledge decades of abuse allegations, among other transgressions.

“That’s not an easy thing to look at but you have to look at it, you have to be honest about it. Our philosophy was we want to know everything,” Pihlaja says.

This was the first time representatives from Emma Willard discussed the report with a reporter on-camera.

They spent months talking to students, employees, and alumni with the goal of creating a better and respectful culture.

“I took away that, for a number of girls who were at Emma Willard at the time, they experienced something that a student should never ever have to experience or deal with,” says Mahar.

For Sullivan, a big step will be closing the loophole to help victims in the future.

“I’m not going to say that I’m fortunate, but if I’m capable, then I need to be delivering this message. Like, society needs to hear what kinds of things happen,” Sullivan says.

Watch an in-depth expose on the topic of private schools not required to report sexual abuse, with more of the exclusive interviews with the Emma Willard School, and survivor Kat Sullivan. The documentary premieres Wednesday at 7 p.m.