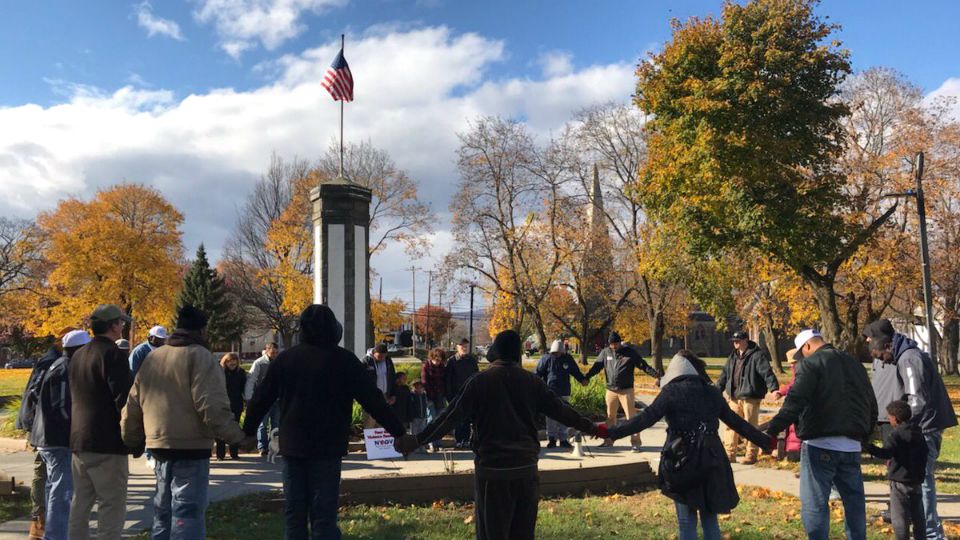 A recent spike in violence in the City of Poughkeepsie has some residents concerned, and is driving one local group to take action. One resident said she takes a cab instead of walking down the street to the train station.

"Well it's not very safe. I'm leaving in fact; I'm moving out of Poughkeepsie because it's too violent," said Joan Young, who had a shooting right near her house at the corner of Mansion Street and Winnikee Avenue.

Police are investigating four different shootings with six total victims since late October, including the one at Young's corner where three people were shot.

Since last year, one community outreach group has responded anytime shots were fired.

Live in Poughkeepsie SNUG is holding a rally https://t.co/XrWQb3R7tq

"Response could be anything. It could be a vigil, it could be a rally. Because of the [high volume of violence] we've had, we thought it was necessary today for us to actually march," said Danny Hairston, program coordinator for Family Services SNUG - a state-funded violence prevention and outreach team.

SNUG organized about a few dozen people to march down Mansion St. and rally at Mansion Square Park on Saturday, to bring visibility to their fight against gun violence in the city.

"We were just talking about the shootings in California and what happens in those communities is [outrage]," said Hairston.

Hairston continued, "The news covers it and we see it days and days on end. When we get three brothers shot on the corner nobody pays attention."

The SNUG program started in 2017 and organizers not only hold response events like these, but also work to prevent gun violence before it happens.

"They are, to put it bluntly, violence interruptors," said Rob Rolison, the mayor.

Hairston explained how the group enacts this system.

"For our guys, when we know there is a dispute between two rival groups we go out and mediate it so that it doesn't get to the point of gun violence," said Hairston.

He said these actions show solidarity and understanding with the community they are a part of.

"We can change the narrative, we can change what's going on in the streets, and we can talk to one another," said Hairston.

Young said the effort from the group is very welcome.

"I think it's warranted; too many people are dying," said Young.