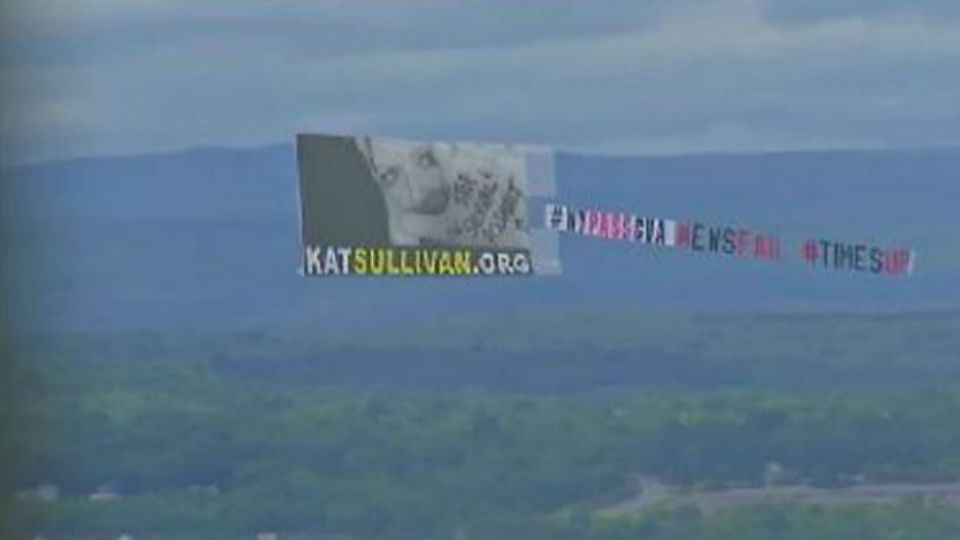 ALBANY, N.Y. -- Just days remain in this year's legislative session. With numerous bills still up in the air, Kat Sullivan is taking her message to the sky.

A plane, carrying a banner with three hashtags, flew above the state Capitol on Friday. Sullivan is urging senators to vote in favor of the Child Victims Act.

"Children should be precious to the state of New York, and if those senators can't get the job done, there's a line of people waiting for those jobs," says Sullivan.

While Sullivan is looking forward, those in Albany are looking up -- and lawmakers are paying attention.

The Assembly has passed the Child Victims Act for the second year in a row. The bill calls for a longer statute of limitations, and a year look back, giving survivors of sexual abuse their day in court.

"We can't decide what was right or wrong, but at least people should have that opportunity," says Assemblywoman Pat Fahy.

So far, the CVA hasn't moved to the Republican-held senate floor.

About the bill, a GOP spokeswoman released a statement saying, "Any act of sexual abuse against a child is horrific, which is why year after year, the Senate Republican Majority proactively takes steps to protect children from predators and these measures simply die in the Assembly. The Majority is reviewing a number of bills that extend the age limit in which victims of child abuse can bring complaints."

Sullivan has been vocal of the abuse she says she received as a student at Emma Willard School. After circling the Capitol, the plane flew over the Troy private school.

Spectrum News reached out to school officials for comment, but has not heard back.