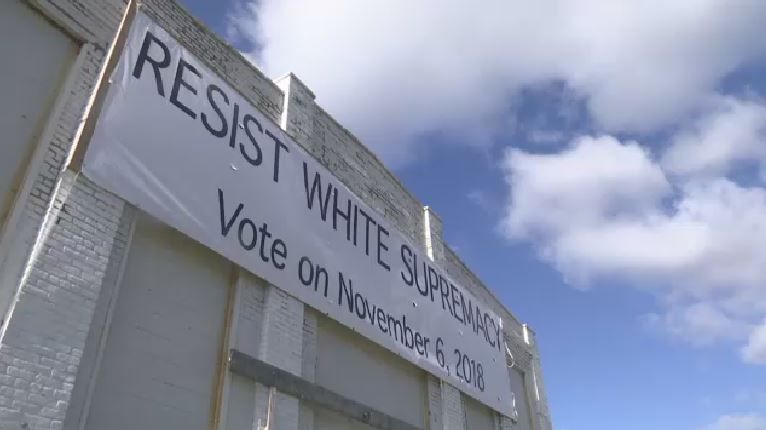 Jason Hughes has been locked in a months-long battle with the City of Beacon over a sign hanging outside his business, LNJ Tech Services, on Fishkill Avenue, which could end up with Hughes paying several thousand dollars worth of fines.

The sign reads: "Resist White Supremacy: Vote on November 6, 2018," and it has become a topic of discussion among residents and city officials for varying reasons.

Before receiving the summons, Hughes received two "orders to remedy" from the building department, stating different reasons for why the sign is in violation of city code.

Several calls to members of council seeking input for this story were unreturned, except for a call to Councilman Terry Nelson of Ward 1. Councilman Nelson said the city attorney instructed all members of council not to speak publicly about the litigation. Nelson agreed to speak about the need for a discussion on race relations, while steering clear of direct statements about the litigation.

Nelson described Hughes as an "fine, upstanding member of this community," and said that Nelson was "surprised that it [the sign dispute] came to this." He said the conversation Hughes wanted to start in the first place needs to happen in all American communities, including in Beacon.

"To many, they would rather not have it be discussed," Nelson said. "You have my email. I will gladly have a discussion about race with anyone, but let's start talking instead of avoiding each other and pretending that there isn't a problem."

Officials in the building department have not responded to messages seeking comment, since a short conversation on March 28 in which the building inspector said the city does not have a problem with the message on Hughes' sign, but with the sign's size and height.

Hughes said he has no plans to remove the sign. His arraignment is scheduled for April 26.