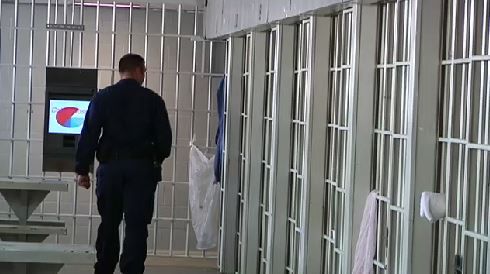 Dutchess County District Attorney William Grady said he will not appeal a ruling by New York's Supreme Court because "this decision does not announce any new legal principles," and that county judges have been following the law all along.

Kenkeli was accused of stealing a vacuum cleaner and eventually pleaded guilty. He spent three months in jail awaiting trial because he failed to pay his bail, which was set at $5,000.

Judge Rosa found that to be unfair and unconstitutional, since Kunkeli did not have the "ability to pay" the bail. In other words, Kunkeli could not afford to bail himself out of jail.

In the judge's decision, two public defenders are quoted -- one from Dutchess County, the other from Ulster County. Dutchess County Public Defender Thomas Angell is quoted as saying that in his experience, "judges in Dutchess County have normally set bail in a defendant's case without inquiring into whether the defendant has the ability to pay the bail amount."

Ulster County Public Defender Michael Cohn is quoted as saying "...bail often results in a pre-trial incarceration of indigent defendants solely because they are without financial resources to afford bail."

Despite accounts from public defenders and Judge Rosa's order, Grady said in a statement that Poughkeepsie Town Justice Paul Sullivan, the judge who issued the bail amount that was contested "followed the the mandates of Criminal Procedure Law, and was, in fact, consistent with Judge Rosa's decision."

Grady said, in the case of Kunkeli, Judge Sullivan was right to issue a high bail because of Kunkeli's extensive police record, and because Kunkeli had previously made bail in other cases.