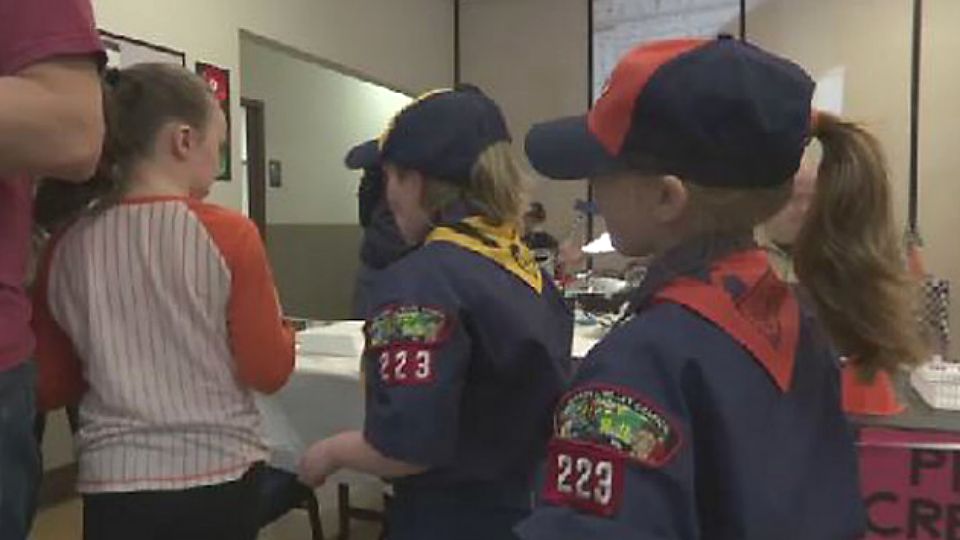 POUGHKEEPSIE, N.Y. — While they might not have realized it, some young women made history in the town of Poughkeepsie on Sunday afternoon.

Four local girls were among the first girls in the state to compete and learn along aside boys at Pack #223's annual Pinewood Derby at the Poughkeepsie Senior Center.

Boy Scouts of America decided this past October to let girls join the Scouts, so this weekend's Pinewood Derby is the first in which girls learned and competed with the boys.

"They should have let girls in the club before," Hayley said."Because maybe girls can learn the same as the boy scouts."

The girls' parents said the Scouts' welcoming of girls is going to show that some activities — once associated with just boys — are for everyone, and everyone should be able to try them.

"She gets to go fishing. She gets to learn archery. She'll learn how to shoot a BB gun," said Danielle Daudier, whose daughter just joined Pack #223. "She's competing in other things with boys at the same levels of them (the boys)."

When asked, some of the boys said they like the Scout experience better with girls included.

"I mean, it's just great," Scout Aiden Travers said. "We needed girls this year, and, I think, a lot of years."