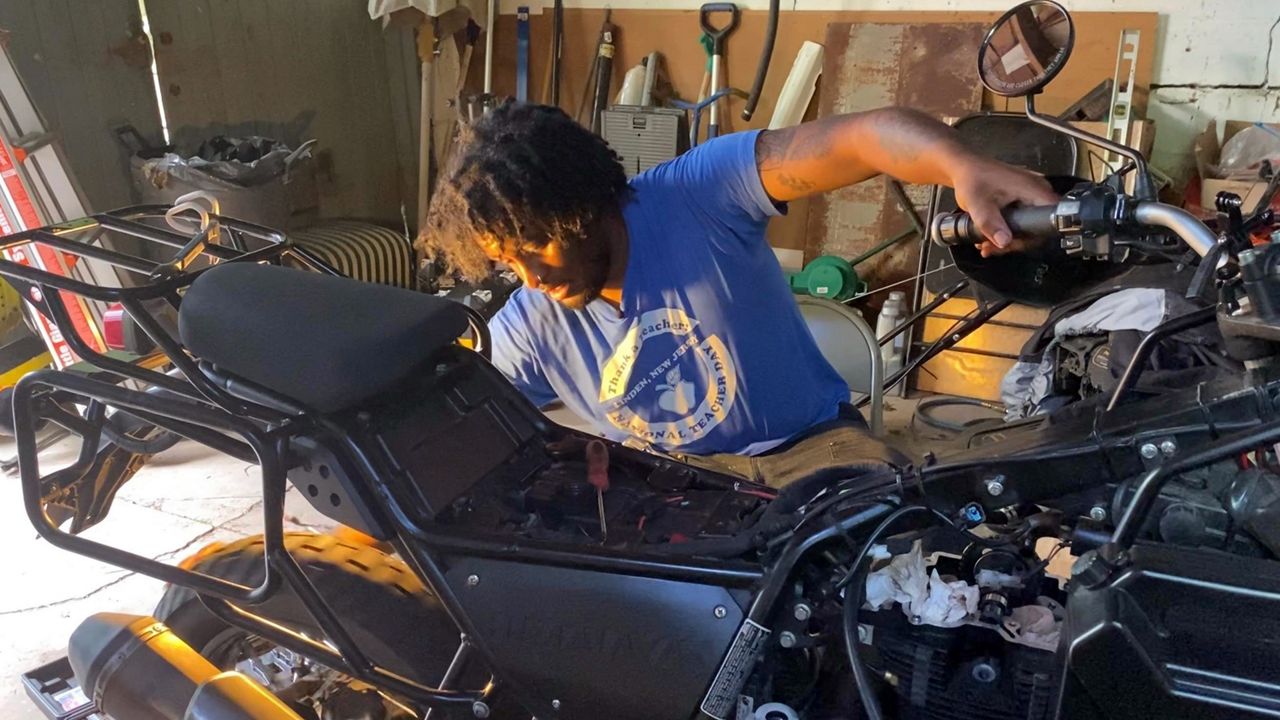 The thrill of the open road is something that has been with Ethan Scott Barnett since they were a kid, their father taking them for rides in the sidecar.

But it was during the COVID-19 pandemic when they bought their own bike, and Barnett really came to love the freedom it provides.

But Barnett wants to take it one step further. Inspired by Matthew Henson, a black man who was the first non-native to reach the North Pole, Barnett will embark on a 90-day, 15,000-mile trip across North America next month. They say it's one of the most ambitious things they've ever take it on. But why take on something so daunting?

Barnett says that problems they see in Kingston, like housing and food injustice, isn’t unique to the Hudson Valley. They’re hoping that by learning from grassroots groups across the nation they can not only build nationwide solidarity between these groups, but also take back these lessons to their home.

“Being like, this is a really good project," Barnett said. "Let’s look at what they’re doing, maybe we can get some of their contacts to work with organizations here and in return maybe they actually come and visit here and kind of have an understand of what’s going on so they can help where they’re at.”

Along the way, Ethan is raising money for the trip, including over $2,000 to give to groups they speak with, and more than $5,000 to start the Hudson Valley Freedom Project when they return, which they say will provide education on different political philosophies and how to put them into action.

“Where there’s a wage gap that obviously can be crushed," they said. "If you’re working at a restaurant and you have someone making $17 an hour versus $18 and $19 an hour, let’s give you the tools to go to your manager or boss or co-workers and say, ‘why aren’t we all making the same amount?’”