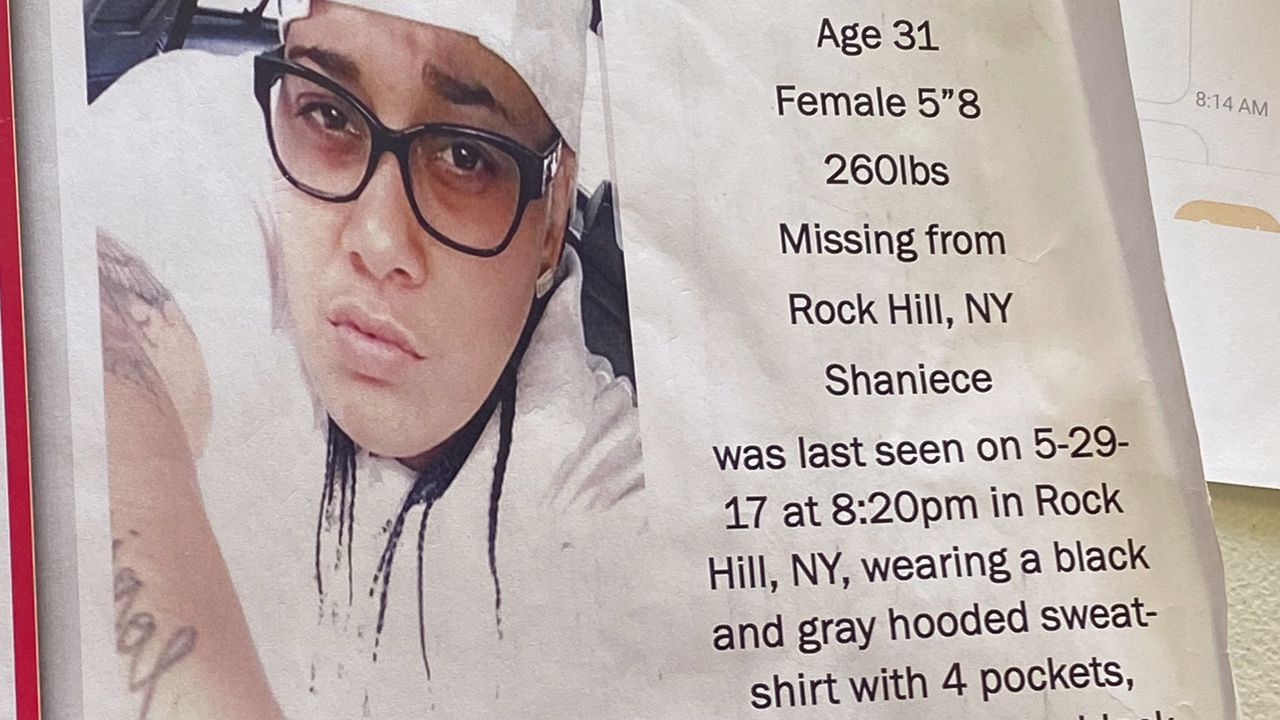 Gabby Petito’s case has highlighted the disparity in attention given to missing people of color. According to the FBI National Crime Information Center, hundreds of thousands of people go missing each year, and one Sullivan County family’s daughter is among them.

May 29, 2017 is a date that is etched in Elvia Crump’s memory. It’s the day her daughter, Shaniece Harris, went missing. She never came home from visiting a friend’s house.

Crump was notified while she was on a trip to Florida.

“I was worried and fearful because that's not like her at all. She doesn't even like to sleep at her siblings’ house, let alone never come home,” says Crump.

Since Crump was out of town when Shaniece went missing, the task of reporting the disappearance was left to her eldest daughter, Tameka Harris. But Harris says she was told by the Monticello Police Department to wait 24 hours before she could make a report. Then, when she went later that day, she was told something different.

“So 9 p.m., 8 p.m., I ended up at the sheriff's office, and proceeded to do the missing report, and was asked why I didn't report her missing sooner,” says Harris.

According to the New York State Division of Criminal Justice Services, there is no time frame in which a person can be reported missing. The family has been working with Hope Alive 845 to find Shaniece.

Hope Alive 845 founder Domingo Ramos says it was inappropriate for law enforcement to tell the family to wait 24 hours.

“That's not how to handle any kind of missing person. Because now, if Shaniece Harris was immediately took on, she would probably be here right now,” says Ramos.

He became involved with the case after seeing a Facebook post from the family. Working as a private investigator at the time, he offered his services. But he says this case made him realize more needed to be done.

“I was telling my other half, ‘there's something more we're missing;’ we're missing more, you know with the community. So that's when Hope Alive 845 was born. And it was all because of Shaniece Harris, you know, actively looking for her, you know, that we want to help other families as well,” says Ramos.

The non-profit organization hosts community events to raise awareness for missing children and adults in the area as well as offer support.

“He does all the footwork, he does those things so that the families are able to mentally sit down and deal with this. Because, there's so much that goes into a person going missing,” says Harris.

The group is working to change legislation so that organizations like Hope Alive 845 can work directly with police to help solve missing persons cases.

“The family should have a right, by law, to request or obtain records for a legitimate, verified organization like us, so we can see where they're at,” Ramos says, “because if they're not going to cooperate with us, how we know what they're working on, we could be stepping on your toes.”

Crump says she doesn’t receive many updates or information from the police about her daughter’s case. She says she wants them to treat her case as if it were their own child missing.

“Do what you would do for your own, because she is somebody’s child, she's mine,” Crump says. “And I'm only asking what any mother would want. I don't want to go on, not knowing what happened to my daughter. It's not right and it's not fair for her.”

The family is asking anyone with information concerning the whereabouts of Shaniece Harris to contact the police or Hope Alive 845. The FBI is offering an award of up to $10,000 for information leading to an arrest in the case. Spectrum News 1 reached out to the Monticello Police Department regarding the officer telling the family to wait 24 hours before filing a report, but has not heard back.