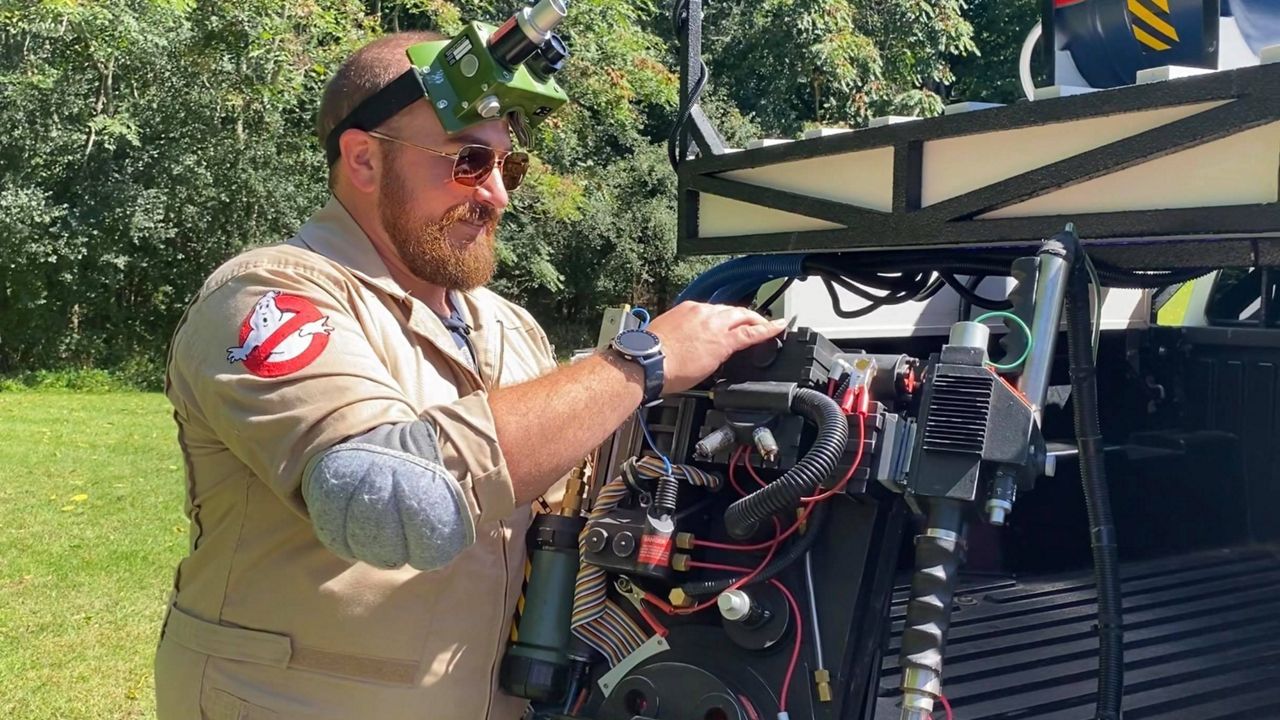 When there’s something strange in the Hudson Valley, who ya gonna call?

The Hudson Valley Ghostbusters have been busting ghosts since 2017. But for the group’s co-founder, the movie and its offshoots have been a long-time passion.

“I fell in love with it. So it’s been a life-long pursuit so far," said the group’s co-founder, Matthew Bennett.

But it’s not just about hunting the paranormal or having movie-accurate equipment. They also get to give back to their community.

“We do raise money that we’ll donate to charity directly,” Bennett said. “We’ll go to events for a specific charity and raise money, and we do kind of draw people in.”

These ghost hunters usually attend 20 or so events a year, to help raise money for charities. This year, they’re at their second, after last year made it impossible to get to any events. On Sunday, they’re spending their time at Wallkill East Rotary’s PawJam, to benefit Pets Alive animal shelter. It’s a full circle moment.

“They were the first people we worked with when we formed as a group," Bennett said. "This is fitting that we’re back here doing something with them and we’ve worked with them sporadically throughout the years. We’ve donated items to them; we’ve actually adopted a pet from them. Several, in fact.”

But even while raising money, they still make time for fun, like hands-on slime-making for kids. Peter Natale, a Ghostbuster for three years, says that dressing up is only part of the fun.

“To be able to put on the suit, come out and be able to make slime with kids and watch them go away with a big smile on their face,” Natale said, "and raise money for great causes, it’s a great thing.”