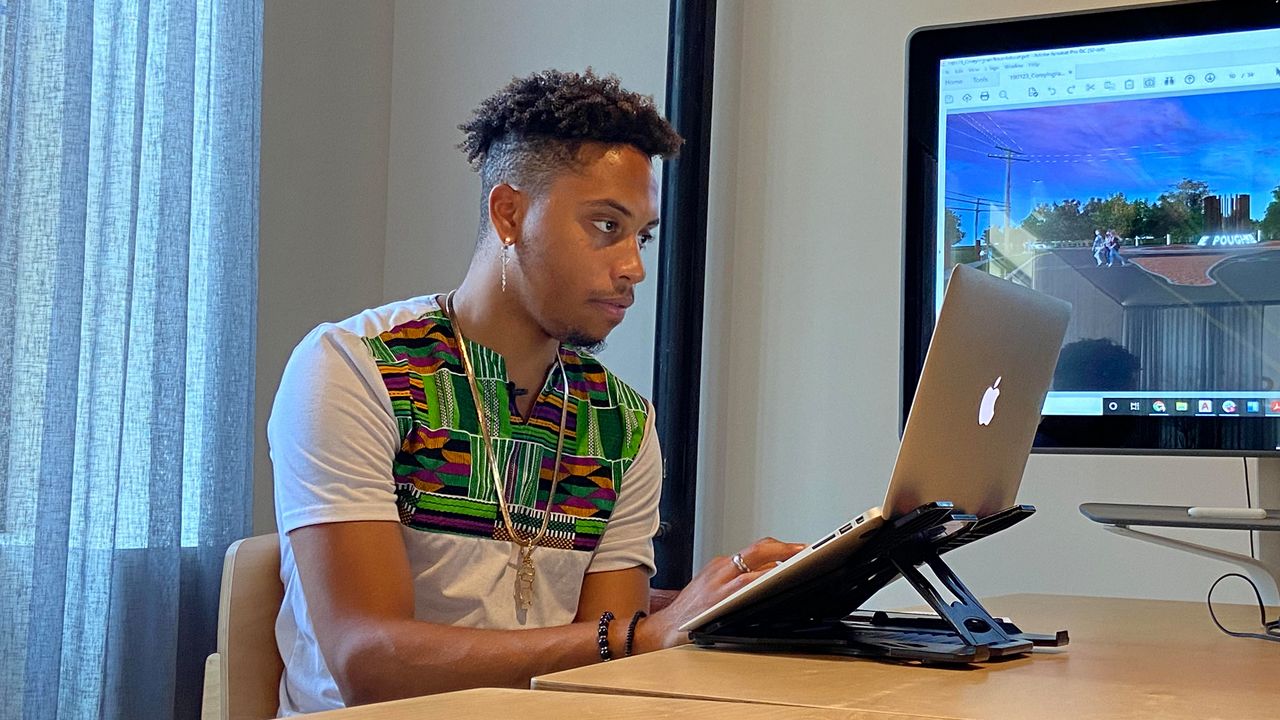 Talent Davis was born and raised in Poughkeepsie. He’s one of Lead for Poughkeepsie's first fellows. (Photo: Spectrum News 1​)

Nestled inside Poughkeepsie’s Trolley Barn is a group of talented young people who have the potential to change the city. They're part of the first group of Lead for Poughkeepsie fellows through the Poughkeepsie branch of Lead for America, a national organization founded in 2018 to encourage young educated Americans to return to their hometowns to start their careers instead of flocking to bigger cities.

Talent Davis was born and raised in Poughkeepsie. He’s from the north side. He went to college at SUNY Fredonia, and received his master’s degree in social entrepreneurship from the University of Southern California in May.

He could have gone anywhere in the world, but he went home to Poughkeepsie and is one of Lead for Poughkeepsie's first fellows.

"I had no plans on coming back to Poughkeepsie anytime soon," said Davis. 'Like a lot of people who leave Poughkeepsie, receive great educations, I thought I needed to go somewhere else to kind of big myself up."

For Davis’ fellowship, he was placed with Mass Design Group, a nonprofit architectural design firm that works on community-derived design projects. He's their community engagement specialist, and for the next two years of his fellowship, he'll be working closely with the community to get their input on the design and construction of several major city projects.

This week, Davis is working on crafting a community survey where residents will vote on who gets honored at a public site recognizing north side icons.

"It's extremely important to have the community voice be reflected in everything that’s happening in the city​," said Davis.

His team is also filming the first promotional video for the new Youth Opportunity Union at the former YMCA site.

"You can be a big fish in a small pond, and growing up, I didn’t really see how I could be the big fish in the small pond that is Poughkeepsie," said Davis, "but from living different places, meeting different people from all over the world, going to world-renowned schools and things of that nature, I've learned that sometimes the greatest impact that one can make is right back home in that local community that they came from."

Davis used to take karate classes at the old YMCA as a kid, but when the building closed its doors, it left a hole in the community — a hole he now has the power to fill.