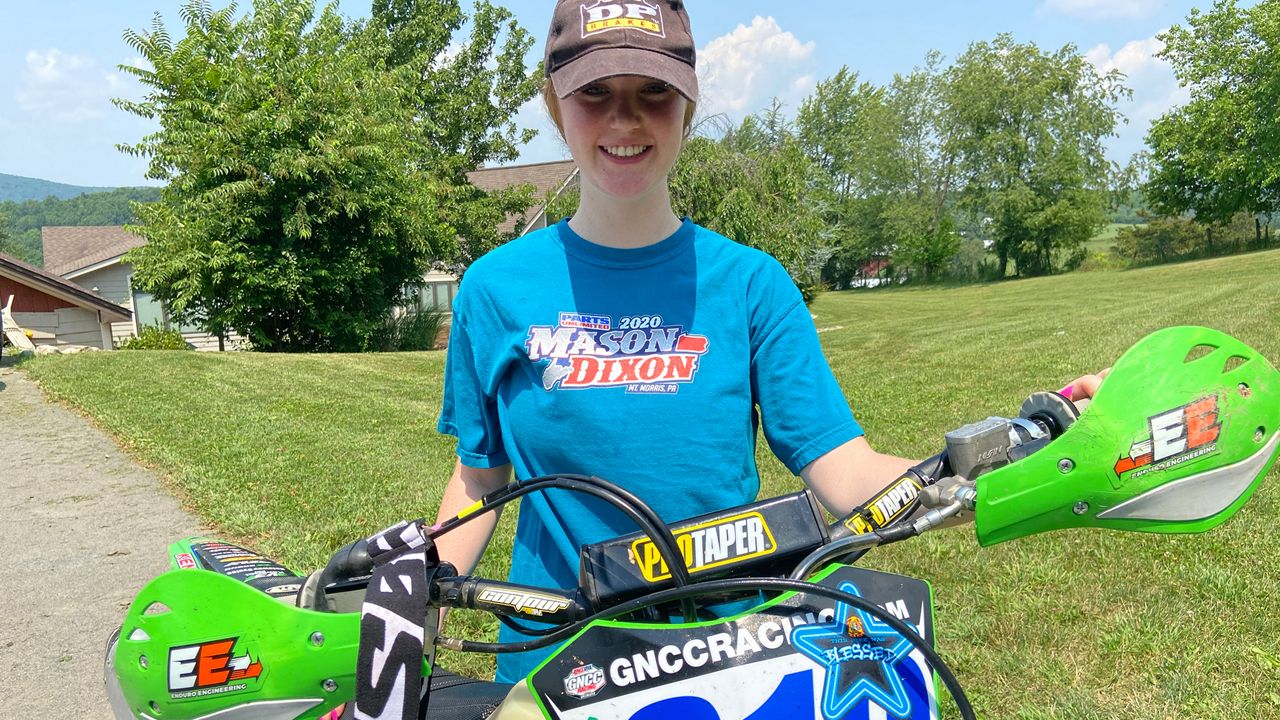 In dirt, through the woods and even over water: "Special Kay" can race on it all. But "Special Kay" isn’t your typical dirt bike racer.

Kayla O’Neill is an 18-year-old girl, a recent graduate of Warwick Valley High School, and she’s dominating the world of dirt bike racing.

"My dad, he actually started racing when I was like two, and I always wanted to try it, so when I was six, he put me on a bike, and then I started riding," O'Neill said.

As soon as she turned 12, she started racing competitively. Now at age 18, she and her family travel all across the country competing in the Grand National Cross Country hair scramble series. Over nine rounds, she's finished first or second in her women's bike classification eight times, and is ranked atop her class.

She glides through the woods, making it all look easy.

"Everybody's trying to win, so it's very nerve wracking," O’Neill said. "Once you get going, you just get into the zone and you just don’t think about anything else besides what you're doing."

Between school and homework, O’Neill found time to practice multiple times a week after school. She hopes to go pro within the year, and every race counts. So when she found out the GNCC Snowshoe Race in West Virginia was on the same day as her high school graduation late last month, she had a dilemma.

"I definitely didn’t really know what to do, but I knew from the start I was definitely going to pick my race, because I put so much time and effort into it and I had my championship on the line," said O'Neill.

So she went to the race instead of graduation and ended up winning in the women’s bike division.

"I grew up with all my friends. I really wanted to graduate with them, but it ended up being worth it," said O'Neill.

O’Neill’s parents are committed to helping her reach her dreams, spending thousands of dollars a year on her bike, gear and travel to races. It's worth it for them, they say, to help her get closer to her goals.

"The first time I did go [to a] race … my heart was in my throat. I couldn’t even imagine my little girl out there doing that, and it was all boys," said Krista O'Neill, Kayla's mom.

It’s not easy being a girl in such a male-dominated sport.

"We go to different series and I'll run a boys class, and I'll roll up and they’ll be like 'oh, let’s give her a 10-second head start,’ " Kayla said.

But she doesn’t let the naysayers get in her way.

"Hopefully at some point in my life, I get a lot of sponsors, hopefully," O’Neill said, "and try to make some money out of it and try to get somewhere and just be somebody in the racing world."