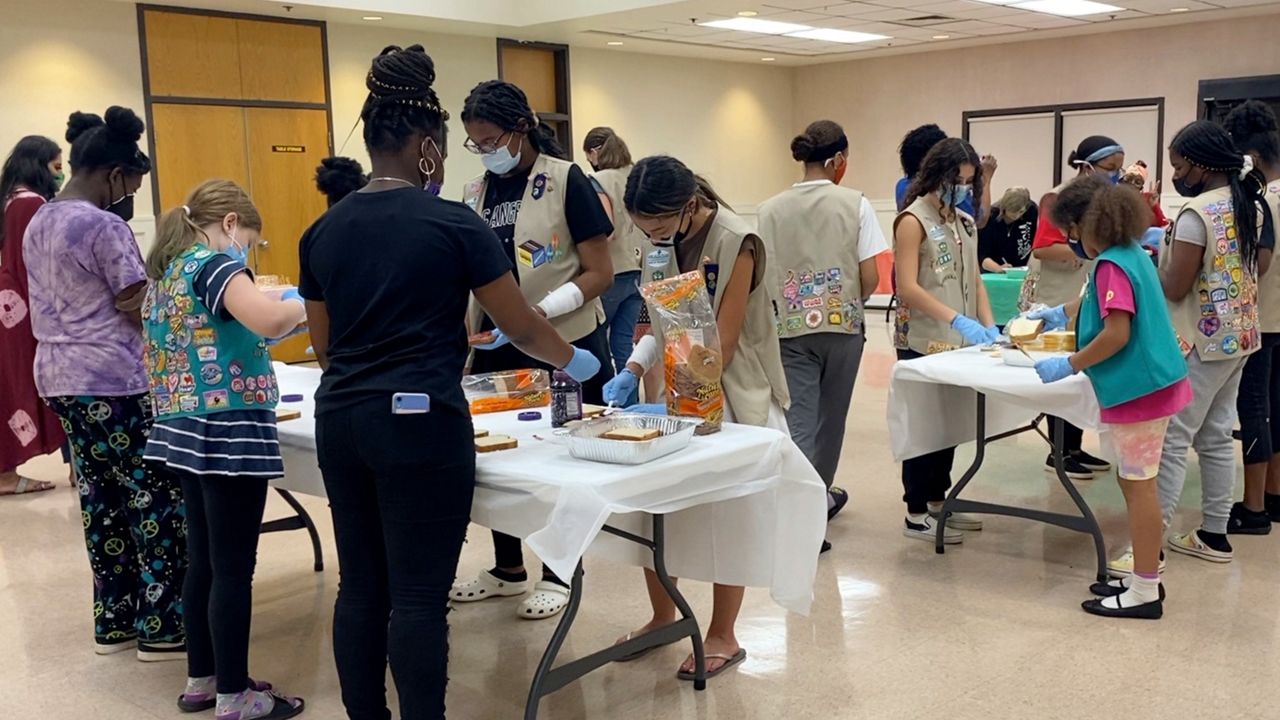 Ninth grader Marianna Lostumbo is not getting ready for the weekend on this Friday night. Instead, she’s spending it at the Wallkill Community Center, with her fellow Girl Scouts.

“I like just helping out the community out a lot," Lostumbo said. "And it really gives me an opportunity to learn about stuff that I really wouldn’t learn about in school.”

Wallkill Girl Scout Troops 99 and 122 are hosting a sleepover, where they’ll make peanut butter and jelly sandwiches that can feed needy people. According to data from the USDA, about one in 10 New York households is experiencing food insecurity.

So this night, nearly a dozen loaves of bread, jars of peanut butter and jelly, and 75 sandwiches are going toward helping hungry people in their own community.

“Most of the time, you can’t really do anything for people that are in need. And it just feels really good to know that you’re doing something to help people that need it," Lostumbo said.

And when the Girl Scouts are done, 845 Unity will help get those sandwiches out to folks who need them, along with bottles of water, badly needed on a hot day.

“They were looking for someone to distribute them, and that’s where 845 Unity came in," said Allan McClain, president of 845 Unity. "We’re on the distribution end of getting the sandwiches out to the community.”

McClain makes stops in Middletown and Newburgh, getting sandwiches out to needy people one by one. As someone who was food insecure as a child, he knows how important it is to give back and appreciates the kids for their good will.

“When you experience a circumstance, you know the struggles that the people that are in it are going through," McClain said. "You know what it takes to overcome it.”