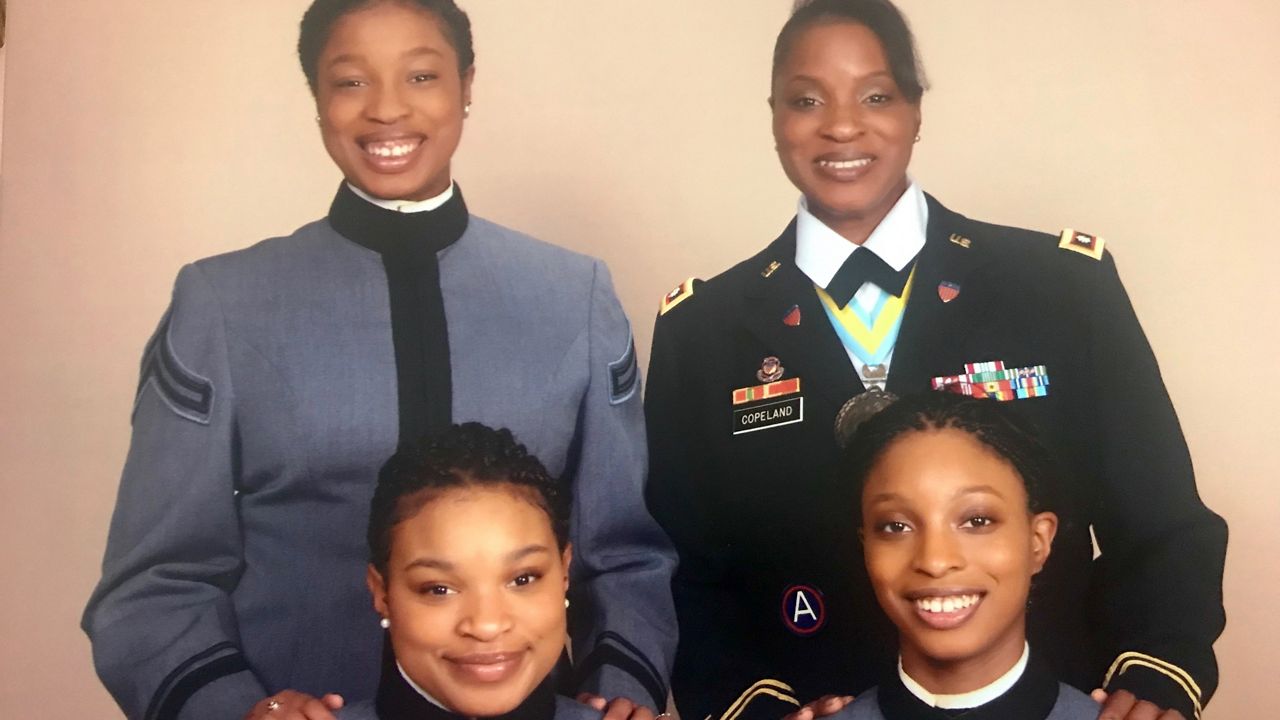 WEST POINT, N.Y. — When Lieutenant Colonel June Copeland made the decision to attend the United States Military Academy, little did she know the long gray line would include her three daughters, June, Jeilyn, and Jasmyn.

"I’m amazed that I inspired in them the need to, the desire to serve as well. But I'm proud of it as well,” said June.

While each daughter’s decision to follow in their mother’s footsteps to join the Army and attend West Point was made at different times in their lives and for different reasons, their mother’s commitment to service and to them had an impact.

While all four women share the same pride in their legacy, their history with the academy goes deeper, as the eldest daughter was a member of the largest group of African American female cadets to graduate from the prestigious school.

“It is surreal to think that me, me doing what I did all of all of the accomplishments, but also all of the, the hardships that I went through. Regardless, it just that it means so much to other people, it's just, it's pretty surreal,” said U.S. Army 2nd Lieutenant June Copeland.

For the women, their legacy with the Army and at West Point is about passing on the lessons and values they have learned and contributing to the betterment of the American public.

“I hope that young women across this country, when they see our family and they see our legacy, they remind themselves that no matter the hardships that they're going through, no matter the struggles that they have to overcome, they can do it ... you can do and you can rise. ... Even if it feels impossible, you can do it,” said West Point Cadet Jeilyn Haynes.

And interesting enough, the family’s path into military service started with Lt. Col. Copeland’s twin brother, who asked her to join the Army with him because they struggled with the idea of being separated after graduating high school.