"That has got to be the best hot dog in New York!" said Melody Andorfer.

The 65-year-old Queens-native would know: she inhaled 12 of them in five minutes back in 1972, when she became the first woman to ever win the Nathan's Hot Dog Eating Contest.

Incredibly, Andorfer had no competitive eating experience, weighed just 100 pounds, and was only 17. 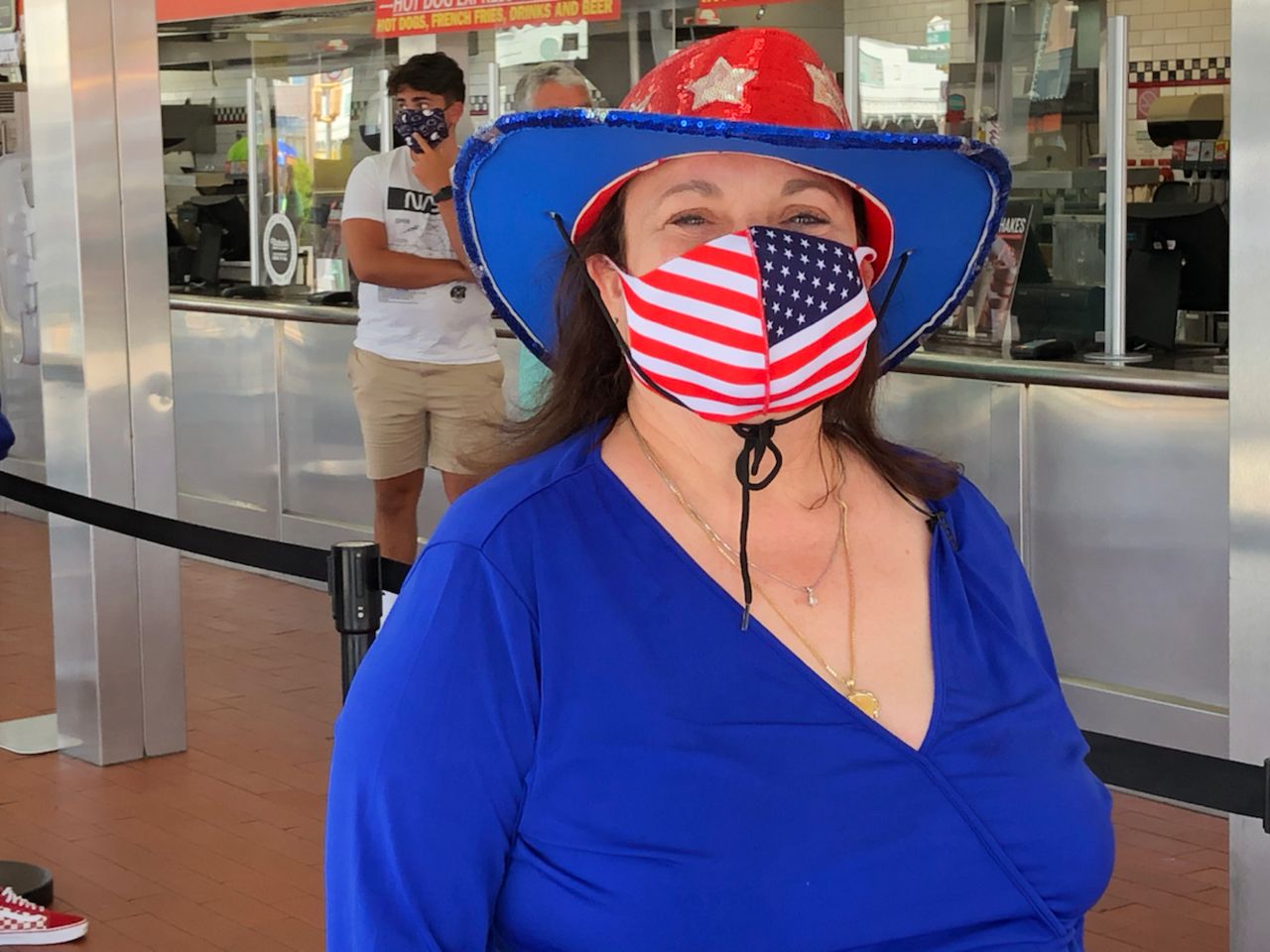 As a young member of the National Organization of Women, a women's rights group, Andorfer wanted to enter the contest to, as she told a newspaper at the time, "not let those male chauvinist pigs dominate us any longer."

Her victory made headlines.

"It was great because these guys were saying, 'Look, she’s really eating! I’m like, 'Shut up, you male chauvinists, because I’m gonna win this thing. Just keep talking, I’m gonna keep eating,'" she recalled.

The victory led to a long love affair with Coney Island. She became Miss Coney Island and the face of an anti-littering campaign. She was known Miss SLOB, an acronym for "stop littering on our beaches."

Farinacci: 12 hot dogs in five minutes. Do you think you could still do that?

When Andorfer participated in the contest, it was held in an alley. The hot dogs were placed on a makeshift table, made of a piece of plywood and two drums. There were no condiments and no drinks. All she says she had was hot dogs and buns.

"I just had to keep shoving them down," Andorfer described.

The eating competition has since grown to become one of the most famous in the world, attended by thousands of spectators and broadcast by ESPN. There are now separate divisions for men and women, and a bejeweled belt and trophy for the winners.

For her victory, Andorfer only received a paper crown, which was washed away in a flood in her Long Island home. She's moved on to a career in nursing, with her own family. But she does think about her victory sometimes.

"I’ve held the title and I’m the only woman that went against all men and won," she said. "I’d like to receive the belt because I feel that, you know what, I was the first and I should get that -- a little bit more than a paper crown."

Andorfer's dream may be realized.

Major League Eating, which runs the contest, told NY1 it would love to celebrate her victory at next year's contest and finally give her the coveted belt and recognition she earned 47 years and many hot dogs ago.