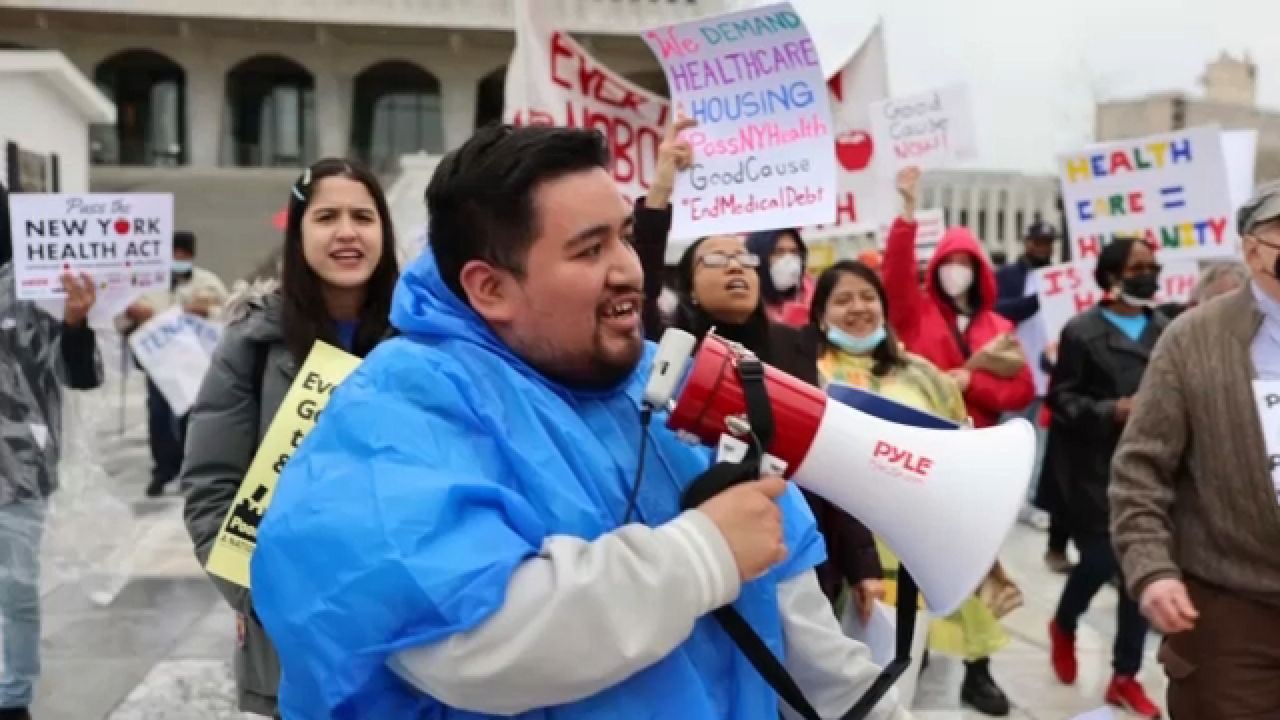 Hundreds of people from all over the state called on their elected officials recently to make health care accessible to everyone.

Rene Mejia, an organizer in Newburgh with the grassroots group “For the Many,” got into gear at 6 a.m. with other activists to make their voices heard in Albany.

He says the more people involved in the fight for health care, the better.

“Medical care in this country is really expensive, and when you don’t have the means to pay for it or even get some assistance with it, it becomes a burden bigger than it just affecting your physical body," Mejia said.

Mejia says he’s doing it to share his story about how the cost of a doctor’s visit forced his own mother to skip a hospital trip.

“My mother, who did not have insurance, had a stroke, and instead of actually buying the medication that she needed, she instead used that money to make sure that we were still paying our bills, paying the rent that we needed to be paying," he said.

According to the U.S. Census, more than one million New Yorkers don’t have health insurance, with 52% of them forced to skip or delay care because they can’t afford it. A 2021 report by Families USA, a consumer health care advocacy group, says thousands of New Yorkers died from COVID-19 because they couldn’t afford coverage.

These numbers are part of the reason people like Mejia want to see the legislature pass the New York Health Act. If signed into law, it would provide universal health care for New Yorkers at a price tag of about $139 billion, a savings of about $11 billion compared to the current system, according to the RAND Corporation.

Before getting to Albany, the bus made make stops in Newburgh, Poughkeepsie and Kingston, to bring around three dozen people to the state capital. Once there, they rallied outside and then made their way inside, organizing outside offices of Hudson Valley officials like State Senator Michelle Hinchey, to implore her for support on both the Health Act and good cause eviction. Hinchey is a co-sponsor on the New York Health Act.

After the rally, Mejia says they're even more determined to keep the pressure up.

A statement from Hinchey's office says in part that “housing must be considered a right and that no one should be evicted from their home without cause.”