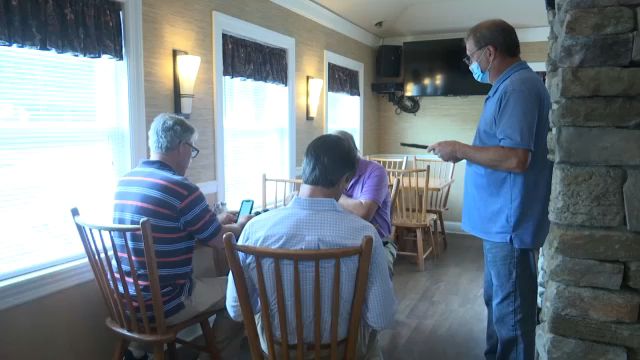 With the COVID-19 pandemic hitting local restaurants particularly hard, one Wappingers Falls restaurant is having to close its doors for good.

Michael Lynch, the owner of Michael's, has been in the restaurant business for more than 30 years, with locations around the Hudson Valley in Somers, Fishkill, White Plains, and their Wappingers Falls location, which opened in 2014. This one is the last to fold, set to close permanently this August.

"I've had a pretty good run for 30 some years in this business, and I've met all kinds of just wonderful, wonderful people," Lynch said. "I'm gonna miss it, miss all the people that I've met."

For years, patrons have flocked to Michael's for drinks and classic pub food, but COVID-19 put the brakes on the business.

"My business was people walking in,” Lynch said. “We don't have takeout. I mean, I have great food, but it's tavern fare: wings, burgers, nice piece of salmon, and everything else.”

With the effects of COVID-19, compounded by the high costs of running the business, Lynch couldn't keep the restaurant afloat.

“For the last 20 years, it's been tough as a businessman to make it in this state," said Lynch. "Every time you turn around, there's a new tax, a new regulation, and you know, it's like getting blood from a stone; how much can I raise my prices to cover the cost?"

Lynch says COVID-19 will likely hurt a lot of local restaurants like his.

"COVID's definitely not helping. There's a good chunk of people that are never gonna go out like they used to," said Lynch. "You know, they went out once or twice a week. That's stopping, even if this COVID crisis passes. They're gonna get very used to staying home, making their own dinners."

According to Yelp.com's quarterly economic report, 53 percent of all restaurant closures since March on the site have been permanent closures. But for Michael's, business has picked up since they announced their closure, as longtime patrons say their goodbyes.

"I'll always have the memories. Is it gonna be hard? Sure!" said Lynch. "You wanna get to know your community? Open a bar or restaurant, because you deal with every type of person in this business.

"Me and my wife and my brother Timmy have been blessed with the people we have met."

Michael's will close its doors for the last time on Aug. 15.