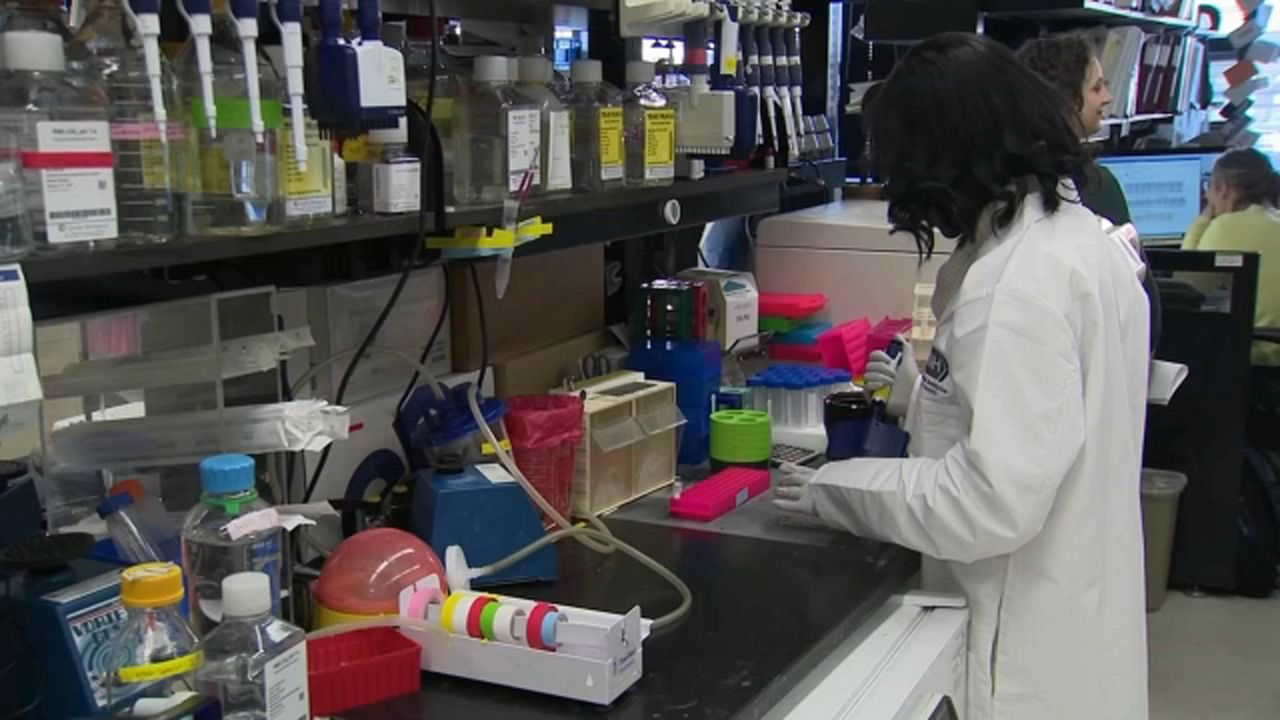 Are People With HIV At Great Risk For Coronavirus?

For those who are immunocompromised, the coronavirus is especially concerning. Within that subgroup of people are those who are living with HIV.

Janetlynn Remy-DeCastro has been HIV-positive for 32 years and works as a peer advocate for people like her, who live with HIV.

"It took me years to get where I am today, but I don't wanna cry, but I never thought that I would be able to sit and tell anybody this story," she said.

She was diagnosed in 1988, in the midst of the HIV/AIDS crisis in the United States. Now, she is undetectable, which means the levels of the virus are so low in her body a blood test cannot identify it.

"We live. And we do what everybody else does. We live normal, healthy, normal lives," she said.

Now that the coronavirus is ravaging the country, DeCastro admits she is concerned about her health.

"I'm afraid for myself. Anything that attacks our system is going to make it weak. It's going to become weak," she said.

But Family Nurse Practitioner at Cornerstone Family Healthcare Jennifer Deekens says those like Janet who are undetectable, have nothing to worry about.

"At this time, HIV individuals are considered at the same risk level as the general population and do not need to take any additional precautions," Deekens said.

For those living with HIV, health providers are suggesting you have a clinical care plan just in case you become quarantined. They're also suggesting an ample supply of medication, at least 30 days’ worth, at all times.

But there is one group who Deekens is pleading with to be extra vigilant at this time.

"Individuals with HIV that do have a detectable viral load would be considered immunocompromised and that just means that they are at a higher risk of catching infections," Deekens said.

She's also reminding the public to get their flu and pneumonia shots.

"It's very important with or without the coronavirus, that they get those immunizations because it does provide patients at risk of being immunocompromised a leg up with their immune system," she said.

When asked if she was scared, Remy-DeCastro was resolute in her response.

"I'm really not scared of it. Being diagnosed with HIV in 1988 with no medication and I'm in 2020, what can the coronavirus do to me now?" DeCastro said.