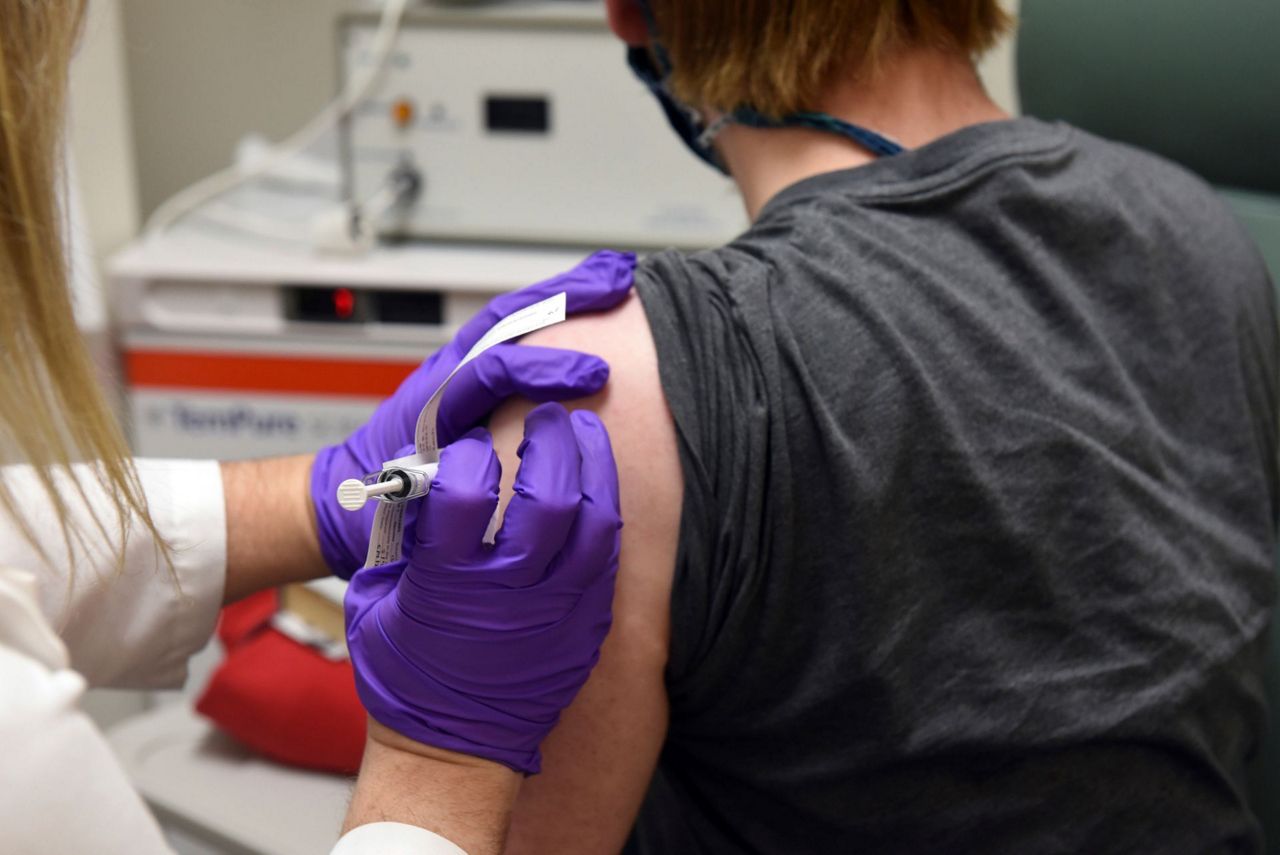 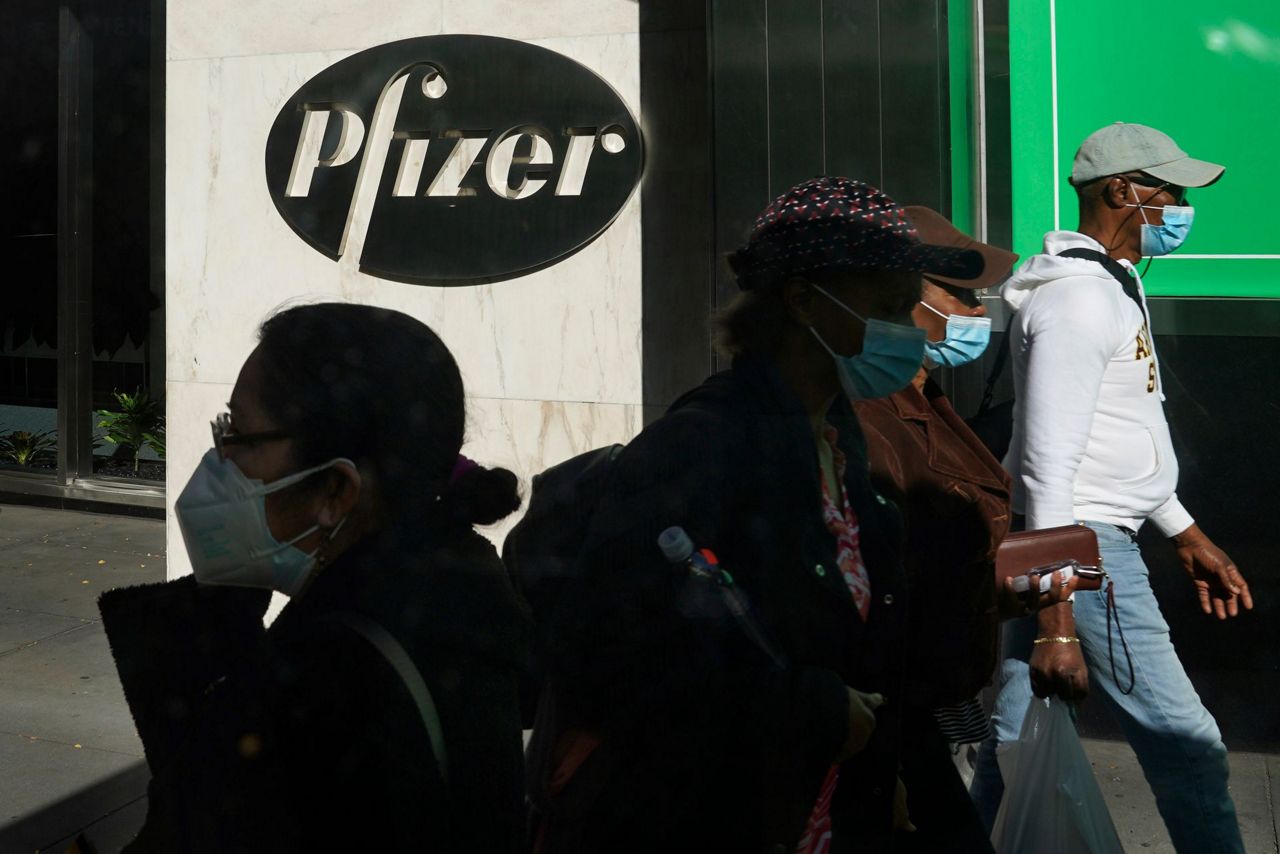 Pfizer said Wednesday that new test results show its coronavirus vaccine is 95% effective, is safe and also protects older people most at risk of dying — the last data needed to seek emergency use of limited shot supplies as the catastrophic outbreak worsens across the globe.

The announcement from Pfizer and its German partner BioNTech, just a week after they revealed the first promising preliminary results, comes as the team is preparing within days to formally ask U.S. regulators to allow emergency use of the vaccine. Anticipating that, a Food and Drug Administration advisory panel is on standby to publicly debate the data in early December.

The companies also have begun “rolling submissions” for the vaccine with regulators in Europe, the U.K. and Canada and soon will add this new data.

Pfizer and BioNTech had initially estimated the vaccine was more than 90% effective after counting a group of the earliest infections that occurred in its final-stage testing. With the new announcement, they have accumulated more infections — 170 — and said only eight of them occurred in volunteers who got the actual vaccine rather than a comparison dummy shot. One of those eight developed severe disease, the companies said.

Even if regulators agree, he dispelled any notion that an end to the pandemic is around the corner, warning “we are now awaiting a hard winter.”

“The available vaccine doses are just too small to ensure that we could make a significant difference to the society" right away, Sahin said. But next year if several companies' vaccine candidates also work, “we might be able to get control of this pandemic situation late summer 2021.”

The companies have not yet released detailed data on their study, and results have not been analyzed by independent experts. Also still to be determined are important questions such as how long protection lasts and whether people might need boosters — leading experts to caution that people should focus less on the specific numbers and more on the overall promise.

Earlier this week, competitor Moderna Inc. also announced similar effectiveness of its own COVID-19 vaccine candidate, which is made with the same, brand-new technology — using a snippet of the genetic code of the coronavirus to train the body to recognize if the real virus comes along.

For both, “there's every reason to be enormously optimistic,” said Dr. Paul Offit of Children's Hospital of Philadelphia, one of FDA's advisers.

“When these vaccines roll out, you're only going to know it's effective for a limited period of time,” he cautioned, adding that more follow-up information will come. “You don't want to oversell it, but you don't want to undersell it."

All eyes are on the progress of potential vaccines as the grim infection toll jumps in the U.S. and abroad as winter weather forces people indoors, in the close quarters that fuels viral spread.

Pfizer and BioNTech said the vaccine was more than 94% effective in adults over age 65, though it is not clear exactly how that was determined with only eight infections in the vaccinated group to analyze and no breakdown provided of those people’s ages.

Sahin said there were enough older adults enrolled in the study and among the placebo recipients who became infected that he is confident “this vaccine appears to work in the higher-risk population.”

While initial supplies will be scarce and rationed, as the supply grows Sahin said the companies have a responsibility to help ensure access for lower income countries as well.

In the U.S., officials expect enough doses of both Pfizer's and Moderna's vaccines to vaccinate only about 20 million people at first. The Centers for Disease Control and Prevention will determine who is first in line, expected to include health workers and older adults.

Whatever that prioritization, Gen. Gustave Perna of the Trump administration's Operation Warp Speed pledged a “fair and equitable” distribution across the U.S. of FDA-authorized doses as they become available. Pfizer would handle shipping of its own doses; the warp speed program will help with support and distributing additional companies' vaccines if and when they become available.

In addition to the protection findings, Pfizer and BioNTech also said no serious vaccine side effects have been reported, with the most common problem being fatigue after the second vaccine dose, affecting about 4% of participants.

The study has enrolled nearly 44,000 people in the U.S. and five other countries. The trial will continue to collect safety and effectiveness data on volunteers for two more years.

Pfizer and BioNTech said they expect to produce up to 50 million vaccine doses globally in 2020 and up to 1.3 billion doses in 2021.

The Associated Press Health and Science Department receives support from the Howard Hughes Medical Institute’s Department of Science Education. The AP is solely responsible for all content.