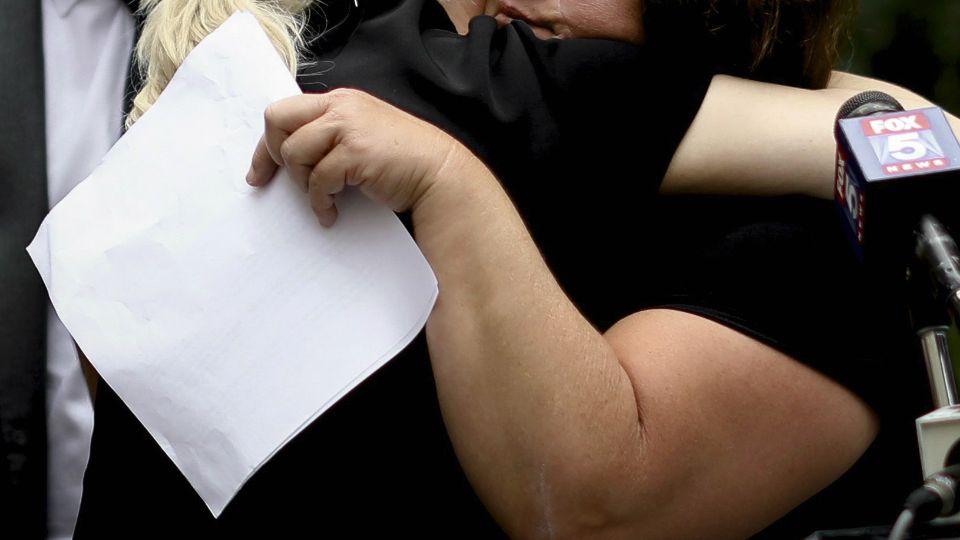 August 14 saw the yearlong “look-back” window open for the Child Victims Act. Hundreds of cases were filed during the first few days.

But the impact childhood sexual abuse has on mental health extends beyond the 12-month window and can last that person’s entire life.

Reporting the abuse to family, friends, and authorities can be traumatic and revictimization adds a layer of damage on top of the abuse.

James Faluszczak, a survivor of childhood sexual abuse and former priest, still struggles with the betrayal he felt after he went to multiple people to report the abuse he endured at the hands of his mentor, Father Daniel Martin.

Earlier this year, a Diocesan Review Board founded claims of improper conduct by Gatto.

He was reinstated by the Diocese of Buffalo.

"In my attempts to cope by going to people that I trusted, there was a form of secondary abuse or secondary trauma," Faluszczak said. "When I would reach out to priests, confessors, formation directors, whatever, ultimately, bishops. They didn't take me seriously."

Trauma is defined as an event or series of events that are physically or emotionally harming to a person — including child sexual abuse — and experiencing trauma can impact how you think and act in other situations.

"We also know that traumas and adversities can affect the way that you think,” said Patricia Logan-Greene, an associate professor of social work at the University at Buffalo.

"From my own research, if you have been exposed to trauma or abuse as a child, you may have what's called a hostile attribution bias."

Survivors of child sexual abuse may perceive everyday interactions that aren't clearly positive as threatening, and they can act combative in response, Logan-Greene said.

In addition to understanding how child sexual abuse impacts a person’s mental health, experts are trying to combat the stigma of reporting abuse.

Those who come forward can be revictimized through the criminal justice system or other reporting efforts.

"Victims who come forward years later often pay a significant price," Logan-Greene said. "Re-victimization by the police, especially in years’ past has been very common fear. All you have to do is look to social media and what happens to the people who are telling their stories right now.”

In addition to revictimization by the criminal justice system, a recent report by the Movement to Restore Trust found that many victims feel revictimized by the intake and investigation process by the Diocese.

The Movement to Restore Trust report also revealed that the intake process is handled through a single mental health specialist who works full time at Catholic Charities, which can be perceived as bias.

"The surprising part of it was that there was only one, something I really advocated for was a trauma-informed counselor assigned to each and every person who comes forward," said Carolann Schwartz, a clinical social worker and member of the Movement to Restore Trust.

The report comes after a series of listening sessions in partnership between the Movement to Restore Trust and the Dioceses.

"At those listening sessions there have been victims that have either shared something or family members of victims that have shared something," said Stephanie Argentine, a consultant and member of the Movement to Restore Trust. "We've heard things like the forms in the paperwork require them to write at length about their abuse. From that framework, they have felt that the process itself had some...revictimization."

Kathy Spangler, a Dioceses of Buffalo spokesperson, says the diocese is committed to reviewing the recommendations of the report including implementing best practices for trauma-informed therapy during the intake process. ​​

Trauma is common. Over 60 percent of men and over 50 percent of women in the U.S. report exposure to at least one traumatic event, according to Substance Abuse and Mental Health Services Administration.

"Trauma can be so deep that you just repressed the whole thing. So you just don't remember — your actions or your anger, your fears, but there, you do not know why you have these," said Judith Burns-Quinn, advocate for victims of clergy abuse, affiliated with Survivors Network of those Abused By Priest.

"I wish we would have trauma specialists, and even maybe work with UB, the psychologist, Psychology Department at UB and state what trauma does, so a victim could say, ‘Hey, this is why I'm acting this way. This is why I have these fears, these inhibitions," Burns-Quinn said.

Most people who receive the right help can recover from traumatic events.

But one of the most healing aspects for victims of child sexual abuse can be just having their stories heard in court through the Child Victims Act.

"I'm grateful for the New York state Legislature, the Senate and the Assembly that they've given victims…to seek some sort of redress and reconstitute their lives," Faluszczak said. “ ​