Using artificial intelligence to predict where lightning will strike

The saying goes, "you never know when lightning will strike." That may no longer be true thanks to computer learning and a space-based lightning monitoring system.

Lightning is a major threat to people and property each year, especially in the summer.

There's a new tool that could revolutionize lightning safety. A machine-learning algorithm developed by John Cintineo at the University of Wisconsin uses artificial intelligence to accurately predict the location of lightning up to an hour ahead of time.

The program is still experimental, but it could become widely used in the near future. This life-saving technology wouldn't be possible without a satellite launched in 2016. 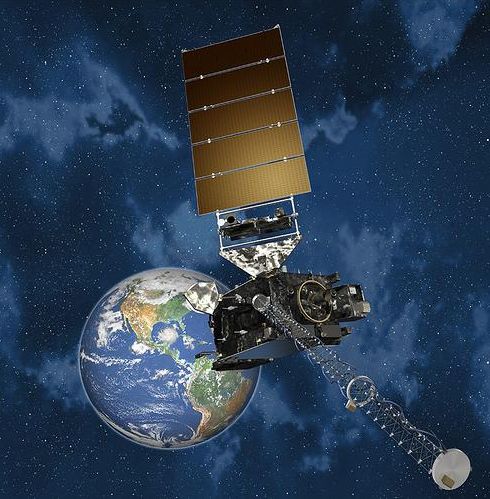 GOES-R satellite in space during 2016. (National Oceanic and Atmospheric Administration)

The National Oceanic and Atmospheric Administration (NOAA) sent the GOES-R satellite into space in 2016, and onboard were a slew of new sensors.

One of them was the Geostationary Lightning Mapper (GLM). This first-of-its-kind instrument is a game-changer.

NOAA uses this to track the frequency, intensity and location of lightning throughout the United States and nearby oceans. They use the data to track severe storms like tornadoes. Lightning intensity can be a key indicator of tornado formation.

The data will also be used to make an archive of lightning activity over time. This database is the key to predicting where lightning will strike. 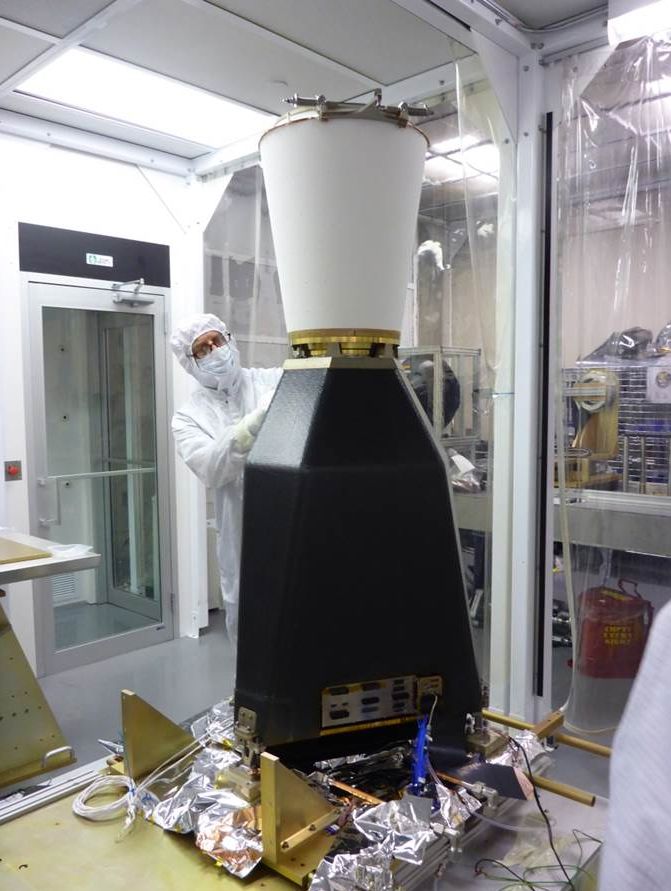 Here's how it works. Past lightning data, obtained by the NOAA GLM sensor, is fed into the computer algorithm. This teaches the computer what atmospheric patterns exist before lightning forms and also during lightning events.

Next, the computer looks at the current weather and tries to match it to past examples.

Then the program makes a forecast of where lightning will strike. Currently, the artificial intelligence has been reliable in forecasting lightning up to an hour ahead of time.

However, there are limits to this technology. 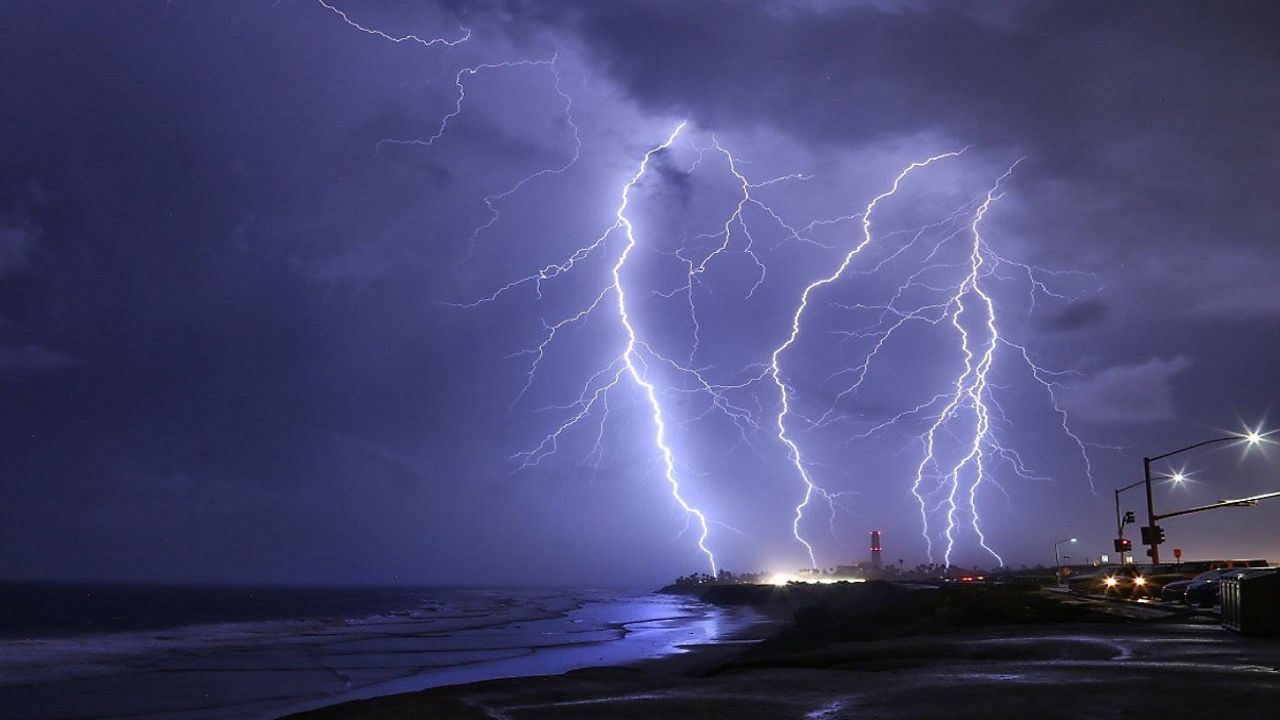 The program doesn't predict which building or which tree lightning will strike. The computer output shows an area where lightning is forecast, and the program provides a percentage of lightning occurring.

In case studies conducted near Washington D.C. in July 2021, the A.I. forecast a 25% chance of lightning for the area 50 minutes ahead of time, even though there were blue skies overhead.

About 30 minutes later, the program raised the chance for lightning to 75%. About 25 minutes after that, the GLM sensor observed.

Here's a look at what the lightning prediction interface looks like. 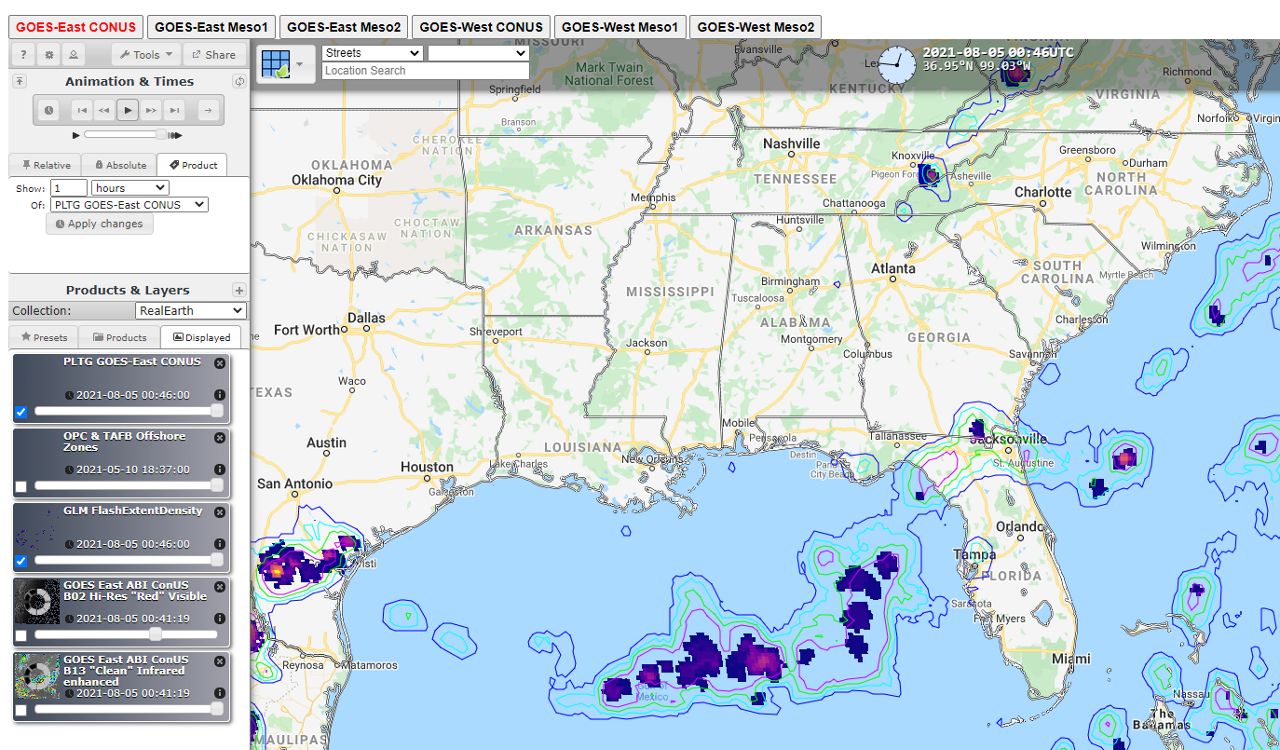 A look at the lightning interface. (National Oceanic and Atmospheric Administration)

For now, this tech is still in the testing phase, but the implications for the future are very bright.

Our kid's soccer games would be safer. We'd know to leave the beach or pool well ahead of time instead of scrambling for shelter.

Also, crowds at stadium events, like concerts, would have advance warning about lightning. Air travel would also be less risky.