About a month ago, I wrote a blog on getting your lawn ready for spring and summer. The time for crabgrass pre-emergent is over now. If you didn’t put one down, you may have to deal with it in the summer when it shows, which is usually in July and August.

Now is the time for the next treatment, which is a weed and feed.

You’ve probably noticed all the dandelions popping up all over the place now. If you’ve treated your lawn over the past few years, most likely, you’ll have fewer of them.

Spring and early fall are the two best times to treat weeds. Grass is obviously dormant in winter, but it can also go through another dormant period in summer during an extended period of dry weather. Unless, of course, you water regularly or we see a wet summer, the only thing growing well during the summer dormant period are weeds.

Fertilizers and weed sprays are harsh on lawns during the summer dormant period, so it may be best to layoff treatments until that period is over.

For those who haven’t been fertilizing and/or using weed control, it’s never too late.

So, you’ll want to avoid that unless you want to start over. Wait several weeks after treating an area with both types of herbicides before you can plant new grass seed because the herbicide will prevent new seed from germinating.

Even selective herbicides such as 2,4 D can do damage to shrubs and bushes, so be careful where you spray it.

There are two types of weed control: One is granular, and the other is liquid. The granular type is what you would likely get at Home Depot, Lowe’s and other stores if you’re going to do it yourself. Scott's Turf Builder weed and feed is an example of granular.

The liquid type is what you would likely buy to spot treat weeds. Ortho Weed B-Gon is a liquid spray that doesn't contain fertilizer.

Lawn care companies may use either kind. If they’re treating an entire lawn with liquid, it will probably contain a fertilizer to give your lawn a shot of nitrogen.

This time of year, grass is already green and growing like crazy. A fertilizer will help boost color and growth, and it's also definitely good for helping a new lawn get established.

Avoid weed control on a new lawn until it is established.

Unfortunately, if you have bare spots where you’ve put seed down or a new lawn that’s just started growing, it’s best to skip any kind of weed treatment for now because it can hinder new grass from getting established and growing.

As for the application, it’s always best to follow the instructions on the bag or bottle.

As a general rule of thumb, it’s best to apply a granular when the grass is damp so the pellets stick to weeds. Let it sit on them for a day or two, and then water them in so the fertilizer (the feed part or the weed and feed) can go to work.

A liquid application works best in dry weather. The grass can be damp or dry. Rain will wash it away and make it much less effective unless you purchase an additional additive to help the liquid stick to the weeds and grass blades.

For those problem areas, you can purchase different weed sprays that target these tougher weeds.

Liquid droplets run off of weeds like crabgrass, so you may have to purchase an additional sticking agent to get better results.

Broadleaf weed control used in a weed and feed will usually do a good job control dandelions, chickweed, thistle, milkweed, wild geranium and ivy to an extent.

If you have more weeds than grass, getting rid of the weeds will often leave bare spots. As I mentioned above, you’ll have to wait a few weeks to plant grass seed in those areas. 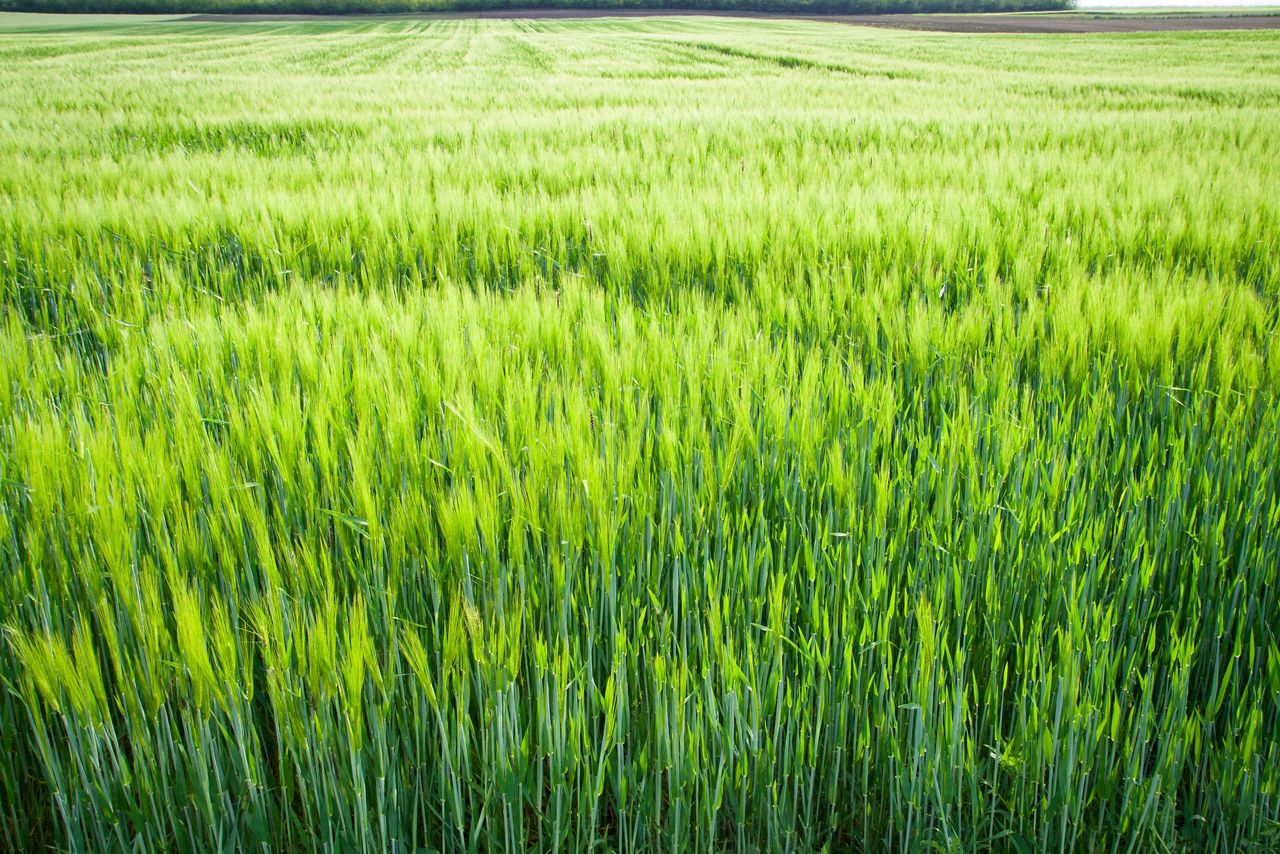 If you currently have grubs, they’ve already done their feeding so a pesticide to control them won’t heal the damage. You’ll have to plant grass seed in these areas and avoid using weed control on them until new grass is established.

These are just a few of the basics. Grass types, shade vs. no shade and other factors will play a big role in how nice your lawn looks even if it's mostly weed-free.