A funnel appears in a thick plume of smoke from the Loyalton Fire is seen in Lassen County, Calif., Saturday, Aug. 15, 2020. (AP/Katelynn and Jordan Hewlett)

What is a fire tornado?

2020 has brought us a few unwanted things that we've never seen before.

It goes without saying that COVID-19 is number one on that list, probably followed by murder hornets. Well it's now time to add the fire tornado to that list.

While fire tornadoes are rare they aren't completely unheard of, especially on the West Coast.

Extreme heat from wildfires can sometimes form pyrocumulonimbus clouds which happens when hot air rapidly rises tens of thousands of feet in the air. When this happens the air underneath needs to be replaced which creates a vortex.

Changes in wind speed and direction with height also aid in creating the vortex. 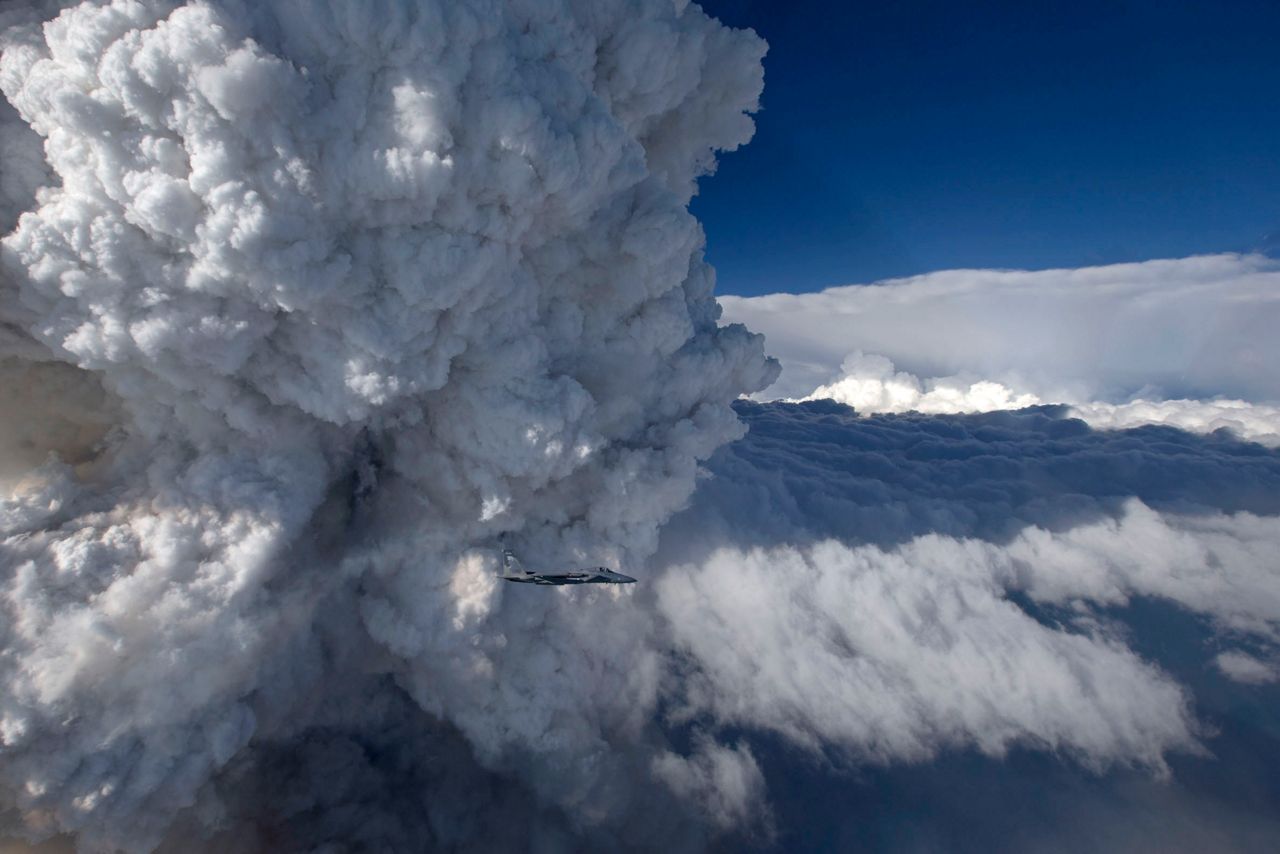 Pyrocumulonimbus clouds billow up from a fire along the border of California and Oregon in 2014. (NASA/James Haseltine)

The wildfire which started Friday evening in the Tahoe National Forest which is along the California-Nevada border grew to a 20 thousand acre fire by Sunday morning. 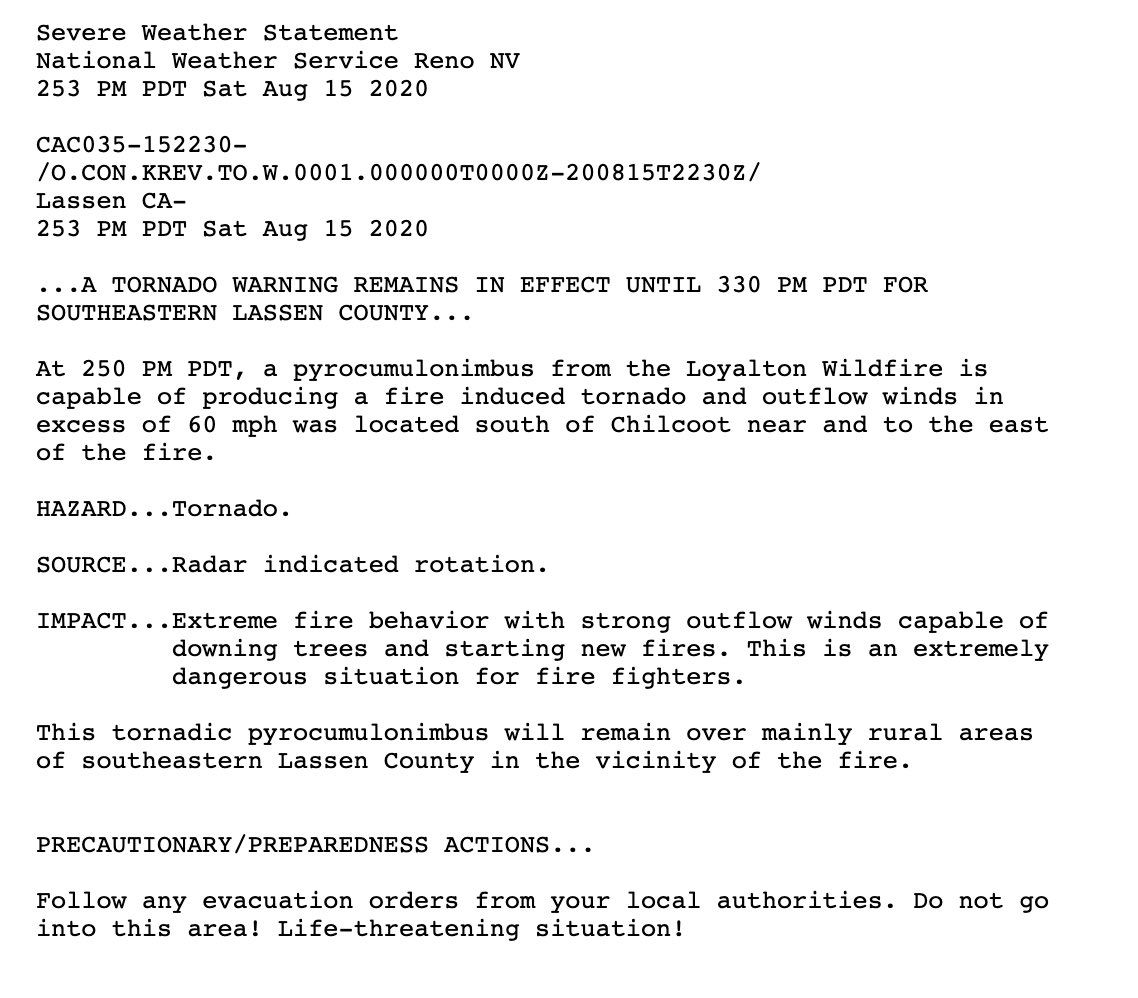 While the area of possible fire tornadoes was unpopulated, it posed an extremely dangerous situation for the firefighters in the region at the time.