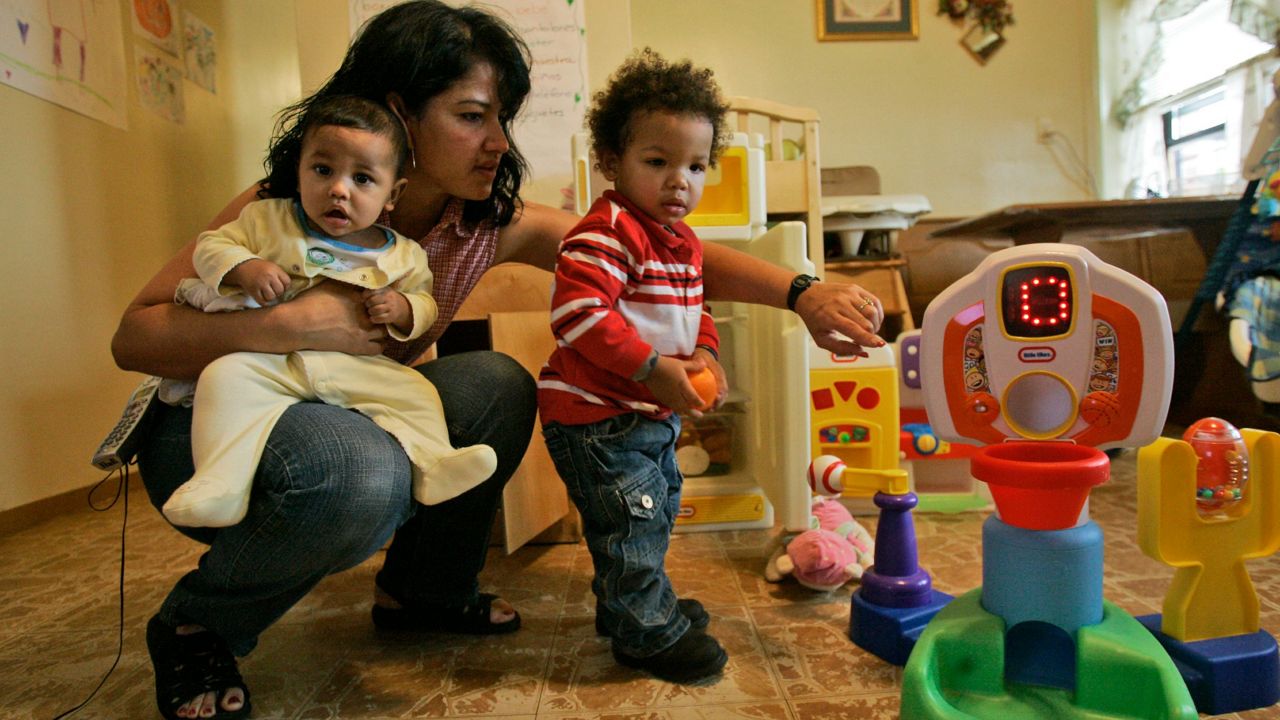 Even before the COVID-19 pandemic, child care in New York could cost families up to $15,000 per year, per child.

Dede Hill, director of policy for the Schulyer Center for Analysis and Advocacy, told Capital Tonight that the system simply didn’t work.

“We also know that, notwithstanding these tuition costs, they fall far short of covering the true cost of care,” Hill added.

The burden of all these costs fall on providers, many of whom are women of color. It has forced almost 60% of child care providers in New York to rely on some form of government assistance.

“It leaves them in the position that they have to pay themselves and their staff sometimes near poverty wages just to make things work out at the end of each month,” Hill said.

And then the pandemic hit, decimating the child care sector even further.

Over the past year, more than 1,200 providers have closed permanently, pushing child care into a crisis.

Under the Cuomo administration, the state issued child care waivers to families, which helped low-wealth parents afford child care. But even with that extra help, advocates told Capital Tonight the sector has become dangerously anemic.

“Right now, we know that a lot of providers closed and a lot are not going to reopen. So, it’s really wonderful that we’re helping families afford childcare, but if we don’t have enough providers open, then money to help parents pay for it doesn’t solve the problem,” said Brittany Buffum, director of workforce support at the Workforce Development Institute (WDI).

“By this time last year, we had already seen so many child care providers go out of business. Go out of business! So, we are already short so many available slots, let alone the funding to pay for those slots,” state Assemblymember Pat Fahy said during a hearing on the issue in July. “If we don’t get these child care slots taken care of, people can’t get back to work.”

Another issue facing families is the haphazard way in which the state reimburses child care providers.

“There is a patchwork of policies around the state. Some counties reimburse for 12 absences per month, some don’t reimburse under any circumstances. Some do it under a very narrow set of circumstances, like Monroe County where I live,” said Peter Nabozny, of The Children’s Agenda.

Prior to this year, Monroe County would only reimburse for an absence if the child was involved in the child welfare system and had a court date, for example.

“That doesn’t apply to the vast majority of explainable absences,” Nabozny said. "It creates an incentive against providers accepting children who are qualifying for subsidies. It also makes revenue less predictable for providers.”

With all of these challenges, a windfall in federal stimulus money couldn’t have come at a better time.

New York is receiving $2.4 billion from three tranches of money: the ''Coronavirus Aid, Relief, and Economic Security Act'' or CARES Act; the “Coronavirus Response and Relief Supplemental Appropriations Act 2021,” or CRRSA, and the “American Rescue Plan Act of 2021," or ARPA.

The Schulyer Center’s Dede Hill told Capital Tonight that this funding should be used to implement the Child Care Availability Task Force Report, which was released in May and which envisions a time when all families will have access to affordable child care.

When she was lieutenant governor, Kathy Hochul co-chaired the committee which issued the report, along with two commissioners, Sheila Poole of the Office of Children & Family Services, and Roberta Rearden, of the Department of Labor.

“Before the pandemic, we knew that treating child care as a private service, rather than a public good, which is really what it is, wasn’t going to work,” Hill said. “Now we have this moment, though.”

Hill was asked to describe how child care may look in 10 years after this one-in-a-lifetime investment of federal dollars.

“We are fighting for a New York in which all families who want and need access to high quality child care can find it and afford it,” she said. “Our task force recommendations envision a New York where no family pays more than 10% of their income for child care and even less if they’re very low income.”

Like all of the child care advocates Capital Tonight has spoken with, Hill is hopeful that the well-considered recommendations in the Child Care Availability Task Force Report are used as a guide for investing the federal funds.

“It would really kick-start transformation,” she said.

Hill seemed to echo Commissioner Sheila Poole, who said something similar to Capital Tonight on Wednesday.

“Childcare is, metaphorically, the superhighway to economic recovery,” Commissioner Poole said. “This is the moment, I believe, for childcare in our country.”