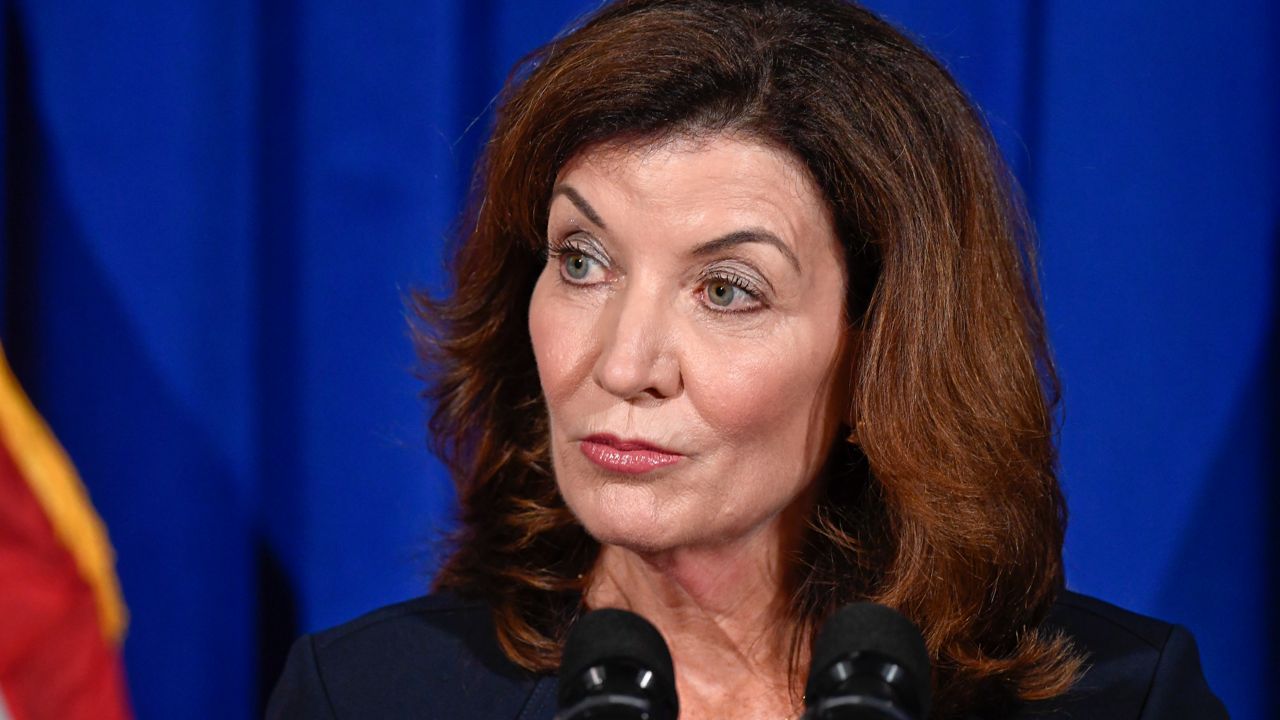 As Cuomo leaves office, advocates look to the new administration

Governor Andrew Cuomo will officially be leaving office on Monday at 11:59 p.m., after announcing his resignation in the wake of numerous sexual harassment allegations.

Two minutes later, at 12:01 a.m. on Tuesday morning, Lt. Gov. Kathy Hochul will be sworn in as New York’s 57th governor and also as the first female governor of the state.

Laura Ladd Bierman, executive director of the New York State League of Women Voters, says having a woman for the first time at the helm of the state will inspire young women to seek higher positions and move the needle closer to full equality.

“I think the new governor, Kathy Hochul, will do plenty for girls growing up,” Bierman said. “I think even the women in their 20s who are looking at their careers now might look at them a little differently and say, ‘wow, you know, now there is some focus on women.’ Hopefully this will open more doors, break more ceilings.”

Meanwhile, Governor Cuomo this week granted clemency to 10 people, making use of his executive powers during his final days.

Five of those were full pardons and the other five people had their sentences commuted.

However, many advocates argue that Cuomo has not gone far enough in his tenure when it comes to granting clemencies.

For example, in the past decade Cuomo has been in office, he has issued around 36 sentencing commutations, 12 of those were in 2020.

Yet in the same token, during Cuomo’s time in office, he closed several prisons and there was about a 45% reduction in the prison population.

Cuomo also pardoned more than 67,000 people while in office.

Important to note, however, that this was mainly due to a program launched in 2018 that granted pardons to those on parole in order to restore their voting rights.

Jose Saldana with the Releasing Aging People from Prison Campaign says when it comes to clemencies and the prison system, he hopes Hochul will take a different approach than her predecessor.

“Change the prison system from one that is entirely focused on punishment, to one that is focused more on helping those who are incarcerated to transform their lives,” Saldana said. “If college education, secondary education, equals a reduction or drastic reduction in the recidivism rates, then it should be available to all incarcerated.”

Hochul is expected to announce next week who she will be choosing as her lieutenant governor when she takes office. She has confirmed it will be someone from New York City.