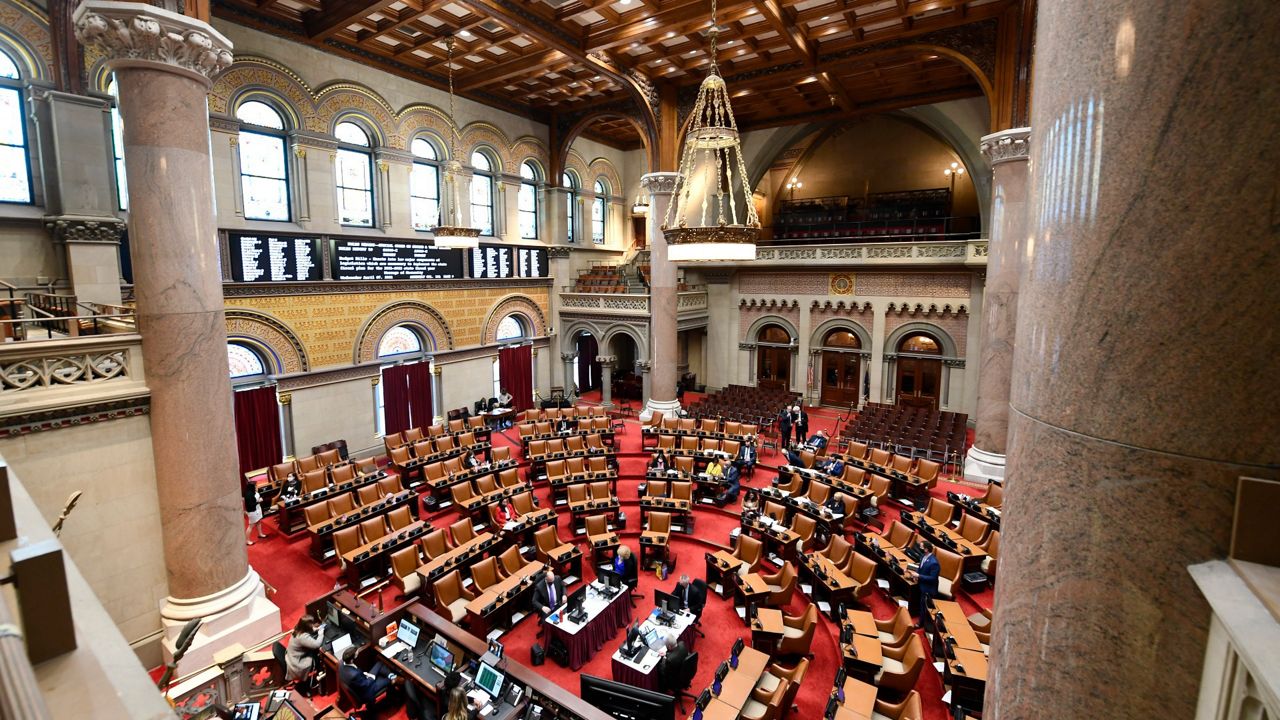 Adult Survivors Act stalls in Assembly after breezing through the Senate

The Adult Survivors Act passed the state Senate unanimously on Thursday, but has stalled in the state Assembly.

Now, with only four days of session left, advocates are questioning the Assembly’s priorities.

“We are alarmed,” wrote the Sexual Harassment Working group, which is made up of former legislative staffers who were sexually harassed or witnessed abuse. “We now remind the Assembly: It is your responsibility to pass laws for the good of New Yorkers. You have a duty to the public; the Assembly does not exist merely to protect itself and serve its own interests.”

The Adult Survivors Act would allow for those who have been sexually abused when they were 18 years old or older, one year to file a civil claim, no matter how long ago the abuse occurred.

This bill expands upon the Child Victims Act, which was passed in 2019 and gave survivors a chance to sue if abuse occurred when they were under the age of 18, regardless of the statute of limitations.

Since then, the Child Victims Act has led to more than 5,000 civil suits in New York.

“If you are 18 and assaulted by an OBGYN, you crawl into your shell you don’t even know you have the opportunity to go to court,” said Assemblywoman Linda Rosenthal, Assembly sponsor of the bill. “And that’s basically what I’m telling people is that as we have all learned, it takes time to process what happened to you.”

Rosenthal defended the Assembly’s slow action on the bill, pointing to how long it took the Child Victims Act to pass and how there are more members in the Assembly. She also says it has been a challenge to push this bill to the forefront with so many lawmakers working remotely.

“It’s just a matter of rising above the noise of all these other priorities that need to be done by the end of the year,” Rosenthal said. “But I work hard, I work tenaciously and the survivors are very invested in getting this bill passed.”

But the Sexual Harassment Working Group says it is more than just this one bill.

Last week, the Senate passed a package of anti-harassment and discrimination bills that also have not made it to the floor for a vote in the Assembly.

“We are very familiar with the patterns of this chamber to block, delay and run out the clock on survivors and the legislation that would protect them as a means of providing cover for serial abusers,” the Sexual Harassment Working Group wrote Thursday.

“You can choose to enact a series of bills that would help survivors and prevent sexual harassment and violence in the workplace,” the group said. “Instead, the Assembly has prioritized its time in creating a cover for the governor with an unnecessary investigation at the expense of taxpayers -- an investigation this chamber is uniquely unqualified to carry out given its own record on sexual misconduct -- overdoing anything for survivors before the session ends.”

Elizabeth Crothers, a member of the group and who reported she was raped by a top aide to former Speaker Sheldon Silver, says this is an example of one institution protecting another.

“It helps institutions protect themselves, but there comes a point where an institution is not worth protecting,” Crothers said.

Technically, the last day of session is June 10.